Moe Dunford is back in "Nightride" and "Texas Chainsaw Massacre" 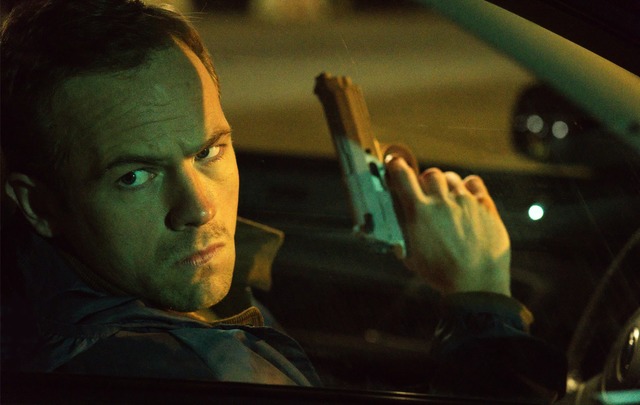 Not many stories about personal redemption are set in Belfast, especially not ones about former drug dealers looking to go straight.

Belfast isn't a place that we readily associate with second chances and certainly not when it comes to film - until now, that is.

Unfolding in real-time over the course of one life-changing night, "Nightride" is a one-shot thriller that puts us in the passenger's seat next to small-time dealer Budge (Moe Dunford) as he tries to pull one last deal with cash he borrowed from a psychotic loan shark.

This being a crime land thriller with undeniable western overtones, the handover goes catastrophically wrong almost right away and Budge finds himself in a race against time to find his missing stash and get a new buyer before the loan shark tracks him down.

On paper, the setup is simple enough, but what unfolds has the metaphoric depth of a well-made play as a chorus of unseen voices follow our anti-hero like a Greek chorus to either his ruin or redemption.

Yes, you have seen this setup before, but no not quite like this. "Nightride" is shot in real-time, with Dunford actually driving on the Belfast streets as he performs - and the other remarkable thing is that it's performed in what looks like one long, seamless single take.

“I've always wanted to do a one-take movie and it was the director Stephen Fingleton's idea to do "Nightride" all completely in one shot,” Dunford, 34, tells IrishCentral.

“And so the fact that it was filmed in a pandemic last year meant there weren't many people on the streets. It made it a lot easier for us to get away with a lot of the things we did.”

One of the things they got away with is being pulled over by the real-life PSNI (Northern Irish Police) in the middle of live filming – and the pullover actually makes it into the final cut of the film.

“Would we have been able to achieve scenes like that, where I'm forced to improvise on camera in real-time if there hadn't been a pandemic? In some ways it was a blessing that what was an unfortunate situation for everybody could be used to our advantage, you know?” 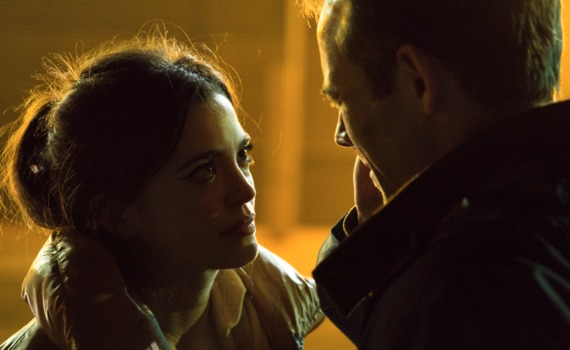 The empty streets often give the film an end of the world, race against time feel. Where are the people? Where is the traffic? The fact that they're all indoors isolated from viral transmission somehow makes the film even atmospheric. It raises the stakes for this solitary man trying to find a way out of the mess he's in.

“Some of the locations we were working in were sometimes hazardous and dangerous. There were street gangs throwing bottles at us on one of the nights in a particular area where the movie starts. We were told not to come back there for the last two nights of filming. For our own safety, we got pulled over by the police as we filmed, which is real and not scripted."

"That was an improv with PSNI policeman unknowingly playing along. In total we started filming at eight or nine every night, covering about 25 miles of road and hundred pages of script in 90 minutes of filming. It was often tense. One false move would have seen the whole thing crumble. And on weekends, we might do that twice, so I think we shot it in six takes over six nights, total.”

The level of concentration and rehearsal needed to pull a story like this together against so much happenstance potentially pulling it apart is extraordinary and the film stands or falls on Dunford's ruggedly handsome head and shoulders as the character who pulls the entire film together, scene after scene. 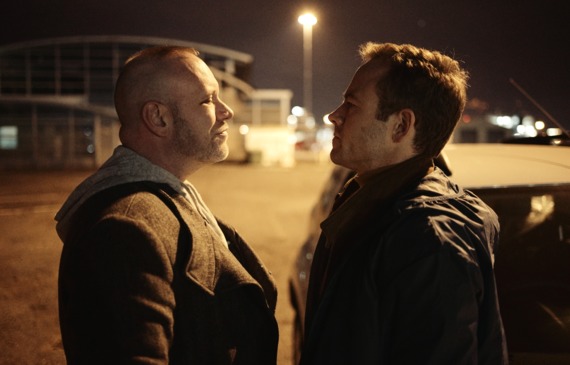 Gerard Jordan gets heavy with Moe Dunford in Nightride

The lack of people on the streets has another blessing, it forces us into greater intimacy with Dunford's panic-stricken character as the final deal of his criminal career comes unglued with potentially fatal consequences.

There's nothing like a pandemic or a big drug deal gone wrong to bring you into contact with your own mortality. So what starts off as a last hurrah before Budge can ride off into the sunset with his partner (played by Joanna Riberio) quickly turns into a nightmare.

“Steven the director wanted to show what can be achieved with a small crew, with some passion behind the project and a camera doing it in one take. It was a joy, although it was a very tense thing to do every day. It was making a movie that felt more like we were trying to pull off a heist,” Dunford laughs.

Before "Nightride" hits our screens, it will premiere at the Dublin International Film Festival in March, but he'll be back on our screens beforehand when Netflix premieres the "Texas Chainsaw Massacre" on February 18.

The premise is mordantly funny, a group of Instagram-style social influencers are sent to an abandoned town in the middle of nowhere to start a new life (and sell some products). Unfortunately for them, it's the home of the madman known as Leatherface, the ax and chainsaw-bearing psychopath who doesn't feel particularly welcoming.

Seeing iPhone wielding dilettantes chopped up may appeal to anyone who has cringed at the sight of a print dress and hat-wearing blond socialite or a muscle-bound jock whose every picture is a self-adoring promotion of themselves, or not.

“It's my first American movie and I auditioned for it in the early lockdown here when the pandemic had just started. I wound up out in Bulgaria and had a great time shooting it. It was fun to be part of a franchise that started back in the 1970s."

"It's one of the iconic American horror films, so it was a trip and I was really grateful to be playing a character I enjoyed and being on a big film set where the production values are so high and getting to have fun out there.”

The pandemic has been a particular challenge for Ireland, Dunford says. “The Taoiseach recently said that human beings are social, but Ireland is more social than most and it's one of the few things I agree with him on. The sad thing for me about the pandemic here was watching it divide people where it was literally brother versus brother, friend versus friend about ideologies, about vaccinations, or anti-vaccinations, about condemning and judging about you and naming and shaming.” 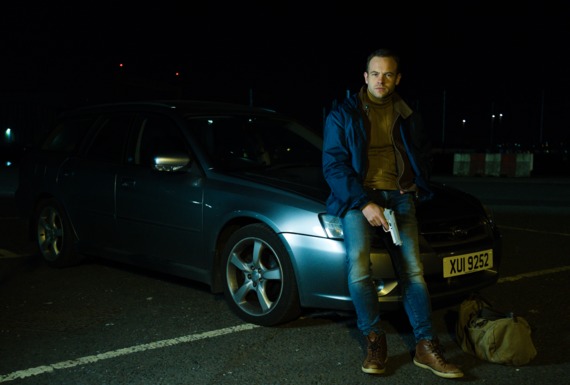 “Right now Ireland is experiencing a much-needed lift in people's psyches and their hope and general attitude is better,” he continues. “They're not watching the daily case numbers every night on the news. They're getting on with their lives right now and spring is coming in.”

What does he have planned after the new films open, I ask? “The pandemic has reminded me to spend as much time as I can at home, checking in with the people and places I love. There has been a sudden change in how we do things now that I hope stays. Like most people, we all just want a bit of peace now, you know? A bit of love and peace.”