You may think you've seen everything Liam Neeson can do with a gun and a vendetta but then along comes The Marksman. 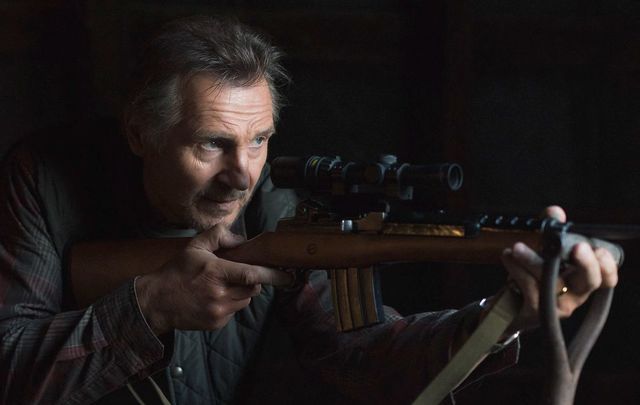 In Liam Neeson's gripping new film The Marksman the 68-year-old Ballymena man plays a former marine named Jim who's living a hard-bitten life along the Arizona border. This modern-day western, to turn all your presumptions on their head.

After his wife's recent death the bank is foreclosing on his ranch and in the most classic American twist of them all, he's been left with astronomical medical bills for his late wife's care he can't afford to pay.

“How do you work your whole life and serve your country and still end up without a pot to piss in?” he asks his daughter at the bar one evening. So his own dream of a better life and a bit of safety has evaporated just as fast on this side of the border. Soon we understand that Jim's a good man who's trying hard to hold on to the last bit of faith in life he can muster.

Things change when he crosses paths with Miguel and his mother Rosa along the border fence one afternoon. Fleeing from a murderous cartel who want to kill them, they throw themselves on Jim's protection (and of course the certain set of skills he has as a former marine).

If this sounds like a hoary setup, well it is. What makes this modern-day western so remarkably good is what Neeson can do to elevate a storyline we've seen before with a performance that makes you deeply care what happens to him and the people he befriends. 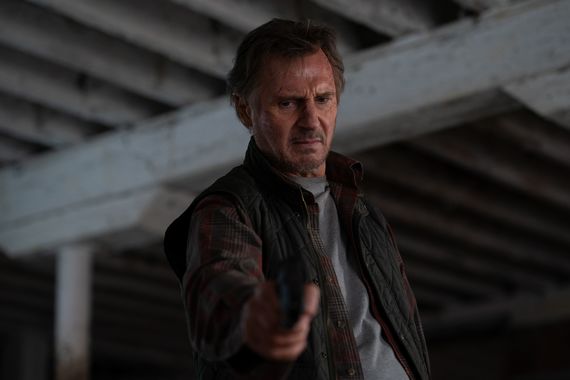 Liam Neeson in The Marksman

Neeson spent 2020 quietly proving why he's one of the biggest stars in Hollywood. Consider that most actors get typecast early on. You're either the lead, the villain, an action hero, or a character actor. Rarely do you get to be all four, but in The Marksman Neeson plays all the variations convincingly.

He's a hero who resents the calling, he's an action hero who takes no delight in his skills, he a potential villain who flinches at the sight of easy money and he's a character actor who brings so much depth to a simple shoot em' up that he elevates the whole film.

Jim fights off the cartel but they shoot Rosa, which means that he's saddled with the task of protecting her sad-eyed young son. Take him to Chicago to his relatives she begs him and with one deep frown of Neeson's face, you know he will.

Pursued by a homicidal cartel Jim and Miguel soon take to the road in a desperate bid to reunite the kid with his relatives, but first, they have to break free of the thugs on their tail.

What The Marksman reminds us early on is that life on both sides of this hard border is getting harder and harder for the little guy, whether you speak English or habla Espanol. Jim has to decide if he's going to help a fellow distressed soul or pretend he doesn't see his plight. He tries to walk away but then his conscience eats him.

I have to admit at this point in the film my admiration for Neeson's professionalism, his onscreen gravitas, and his ability to make a familiar storyline turn into something altogether gripping got the better of me. How does he keep doing this, I wondered? Why is this film so instantly gripping? And even stranger how is he turning what could be another run-of-the-mill revenge drama into something that started pulling my heart right out of my chest? 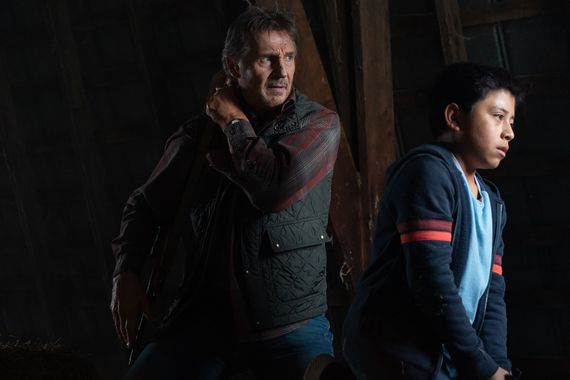 Liam Neeson and Jacob Perez in The Marksman

I think part of his secret may be that he's Irish. There's a gravitational force to his onscreen presence that oscillates between tough but kind Irish dad and haunted prodigal son and he can alternate between these poles so nimbly you won't see it coming. He puts himself into his characters in other words but he also keeps his distance from us. It's an approach you can't ever work out. It's hypnotic.

Jim's own ambivalence about what he's doing to save the kid makes him more relatable. Why would he put his life on the line to save some boy he's only just met? Why would he make a promise to a dying woman to protect her child? And why does he honor that promise with all he has in him? Because the film shows us, he's a good man, and a good man is the ultimate superhero.

The simplicity of this film hides the complexity lurking under the hood. When it started I thought it was going to be another white savior story where the lantern-jawed hero saves the people of color from themselves. That's not what The Marksman is. Not at all.

In fact, it's a little Mexican kid who saves the big white man - and by extension the audience - who are quietly complicit in creating the dark world that wants to end his life before it's even properly begun. Every time you are tempted to decide what this film is and what its message is going to be it pulls the rug from under you. In making a tense thriller about a dangerous pursuit The Marksman ends up asking us what it means to be a man and indeed what it means to be human and Neeson gives one of the performances of his life in a film that astounded me and left me shattered.

Jacob Perez and Liam Neeson in The Marksman

You could teach The Marksman in film school as an example of how to craft a screenplay, but what Neeson does onscreen can not be taught. He gives a masterclass in how to carry yourself with a degree of dignity in a world designed to rob you of it at every turn. That's why he's a star in the truest sense.

Holed up in a motel as they flee the mob, Jim and Miguel watch an old Clint Eastwood film to pass the time. But it's not Eastwood it's John Wayne that Neeson is channeling in The Marksman, although his own battered hero is less stoic and more conflicted, which again means more relatable.