In 'Made In Italy' Liam Neeson stars opposite his equally talented son Micheál Richardson in a film that reminds us that what you want and what you need aren't always the same thing. 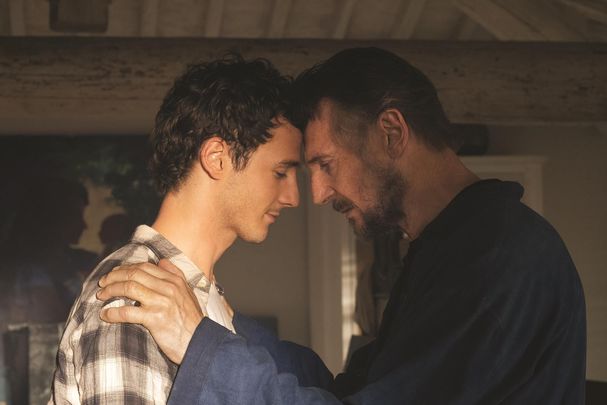 Liam Neeson stars opposite his equally talented son Micheál Richardson in 'Made in Italy,' in theaters August 7. IFC Films

Liam Neeson has been a blockbuster lead for so long it can be a surprise to remember he's also the finest lead actor of his generation.

In 'Made In Italy,' he stars opposite his equally talented son Micheál Richardson in a film that reminds us that what you want and what you need aren't always the same thing.

Neeson has a particular set of skills, the joke goes, skills he acquired starring in the wildly successful 'Taken' series, and the other action hero movies that have come to represent him to a new generation of moviegoers. 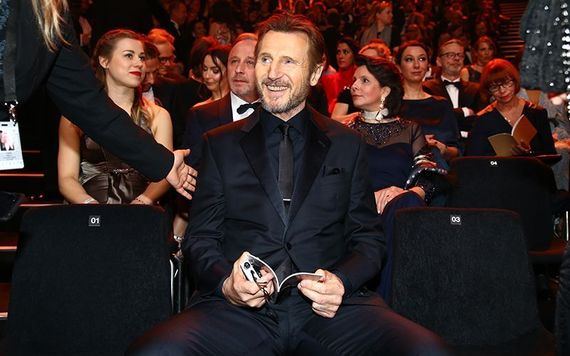 But fans who remember his extraordinary performances in films like 'Schindler's List', 'Michael Collins', 'Gangs of New York' among many other highlights know he's also the most accomplished lead actor of his generation.

Between turns in blockbuster movies like 'Star Wars' and 'Batman Begins,' Neeson, 68, has also quietly amassed a significant body of independent screen roles that show an altogether more human and fallible side to the action hero, and his latest film 'Made In Italy', in which he stars alongside his son Micheál Richardson, 25, is a perfect example.

Playing a bohemian London based artist named Robert who has become something of a recluse, Neeson's father to Jack (his real-life son Micheál) whose marriage and career are both on the rocks when we first encounter him.

Jack's wife is determined to cut him out of her life and out of his plum job curating the gallery that she's paid for but that he's almost single-handedly has built up. That means he has to either raise the cash to take it over himself or lose the whole investment of time and sweat that he's put into making the place take off.

That's when Jack remembers the old house his father and he co-own in Tuscany, Italy. They haven't been back to the place in two decades and they have no idea what condition it's in but Jack decides he will buy the London gallery with the proceeds from its sale.

Soon Jack and his father set off for Italy where the pair plan to fix up the old pile and finally sell it in the four short weeks his ex has given him to raise the cash.  But it takes no time at all for the long-festering tensions and strain between the pair to appear.

Neither, by the way, does it take long to see the family resemblance.
Micháel (his first name is pronounced Mee-hawl in the Irish language way) began his film career as Micheál Neeson, but he switched it his mother's name to remember her and her talent.

Richardson could not ask for a better star vehicle than 'Made In Italy,' which plays to both his and his father's strengths as actors and frankly as men.

Arriving at the old rundown house in Tuscany they discover the lights have been turned off, cobwebs are everywhere and a half rabid weasel has taken up residence in the bathroom. 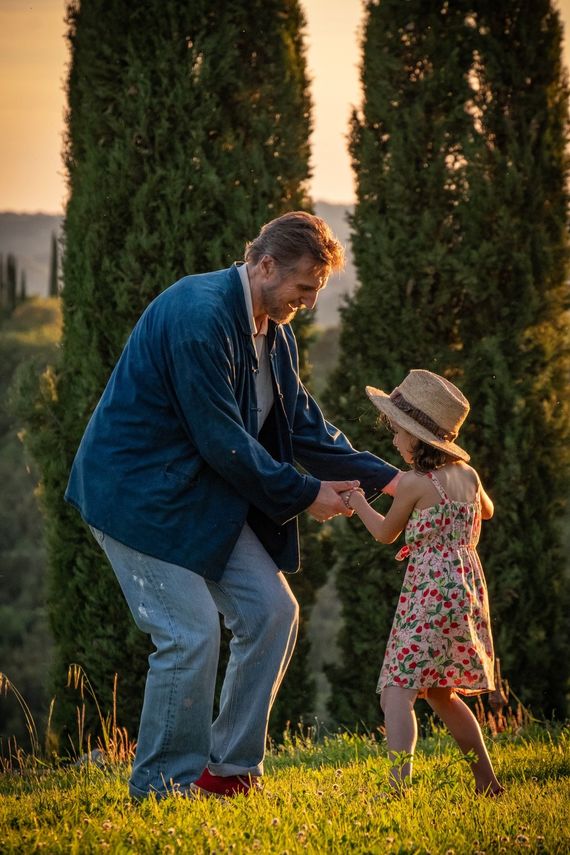 How are they going to make a quick sale of this tottering old ruin? That question begins to be answered the next morning when they wake up to a view that could have been painted by Leonardo da Vinci. Until you have seen the Tuscan countryside with your own eyes you won't understand just how captivating nature can be when the climate and the landscape work in concert together.

The beauty of the Tuscan landscape contrasts with the cool inner lives of the two men, though. It's clear that something in their past has pushed them toward this adversarial present, where they can barely agree on anything or be in each other's presence for too long without quarreling.

Neeson's gift as an actor lies in his ability to telegraph great feeling through the simplest gesture, and so just when you think that you might have this film figured out he opens trap doors under your presumption and takes you somewhere far more affecting than you anticipated.

What's remarkable is that his son has inherited this sleight of hand too. Finer featured than his rugged dad, but unmistakably his son, the script by actor, writer, and director James D'Arcy takes both actors to places that blur the line between fiction and fact in a way that makes this whole experience heart-warming and sometimes quietly shattering, if I'm being honest.

The reason that neither Robert or Jack has returned to this idyllic house is because Robert's wife had died there in a car crash when Jack was just seven years old. After her death Robert's world imploded, which can be seen in a dark painting that he left behind on the wall of the old house, one that still looks like an open wound. 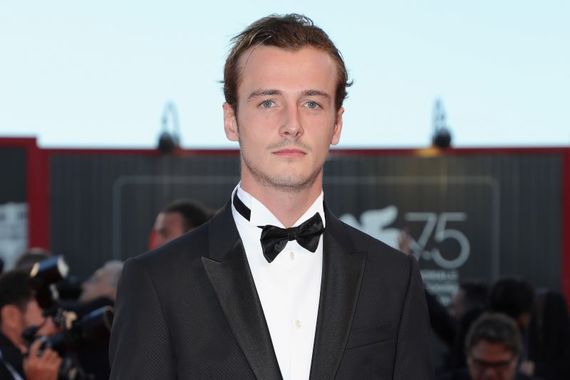 Now the tension between the two men is explained. There's a reason for Robert's introversion, it turns out, there's a reason why Jack is so distant from him always. Grief has made strangers of them both.

This script was conceived by writer and director D'Arcy long before he thought of casting Neeson and Richardson and perhaps that was to the final film's advantage. Made In Italy is an uncommonly deft love story about two damaged people helping each other slowly back toward life, and this it does with a rare degree of grace and beauty.

As Jack begins the business of restoring the house he encounters Natalia (Valeria Bilello) the young divorcee who runs the local tratorria. Raising her daughter and running a successful restaurant she's intrigued when she hears a local house she has had her eye on might be for sale. She's also intrigued by Jack, who inspires her to flirt a little.

Before you can say I think these two might become an item they are. Italy has been a place where the buttoned-up English get to experience the softer emotions since the time of Shakespeare and so it proves here. Before long the magic of the place is driving father and son toward new directions.

Things really come to a head when Jack discovers the room where his father has stored all of the drawings he did of mother and son, hidden away to protect him from too many reminders of their sorrow but also preventing them from ever actually experiencing it.

What happens next was the most affecting work I've seen on screen this year, but I won't spoil it for you. See this movie in a drive-in or in the theaters that open or watch it online in a pay per view, but do see it.

What I can say is that father and son give remarkable performances and it's a star-making turn from Micheál Richardson, who shares the emotional heavy lifting here with some grace.

The way that life and fiction combine in 'Made In Italy' makes it an especially memorable film, but the halting reconciliation between two lost souls who discover healing where they least expect it makes this film one that you should not miss in these equally raw times.

'Made In Italy' opens August 7.