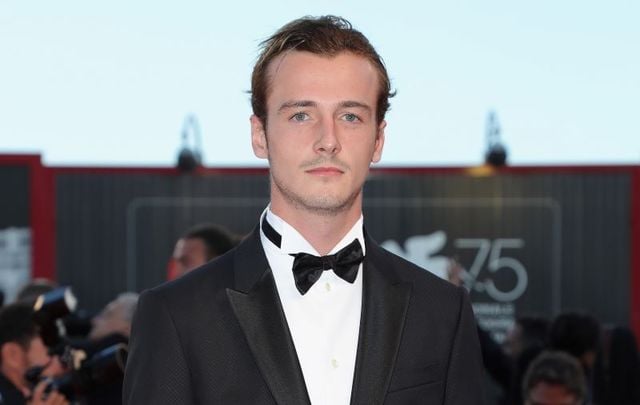 Micheál Richardson is set to play Michael Collins in a new film about the 1916 Easter Rising. Getty Images

Liam Neeson's son Micheál Richardson will be joined by a number of GAA stars in a new feature film about the Easter Rising.

More than a dozen GAA players have signed on to appear in "The Rising," a new feature film that has been in development since 2012 about Ireland's 1916 Easter Rising.

Micheál Richardson, who changed his last name in honor of his late mother, will play the role of Michael Collins, just as his father did when he played the titular role in Neil Jordan's epic 1996 film about Ireland's most famous revolutionary figure.

The GAA stars set to have small cameo appearances or walk-on parts include Dublin football greats Barney Rock and Brian Mullins, Kerry legend Colm Cooper, and Colm O'Rourke, a former Meath star and now an analyst with the Sunday Game.

Cork ladies footballer Valerie Mulcahy, who has won a whopping ten All Ireland titles, will also feature in the film alongside Wexford camogie star Ursula Jacob, according to the Irish Sun.

Kevin McCann, the film's producer and co-writer, said that the GAA stars embodied the spirit of Ireland.

He told the Irish Sun: "These GAA heroes are people with a strong connection to the spirit of Ireland and that is what the movie is all about — the triumph of the Irish spirit, sacrifice, and conviction."

The movie will reportedly cost around $10 million to make and will follow Tom Clarke and Sean Mac Diarmada - two of the seven signatories of the Proclamation of Independence and the masterminds behind the revolution.

Jonathan Rhys Meyers, who played Michael Collins' assassin in the eponymous 1996 movie, was rumored to be playing Patrick Pearse in the new film.

Screen Ireland and Northern Ireland Screen are backing the production, which will be the first motion picture about the seismic event that irreversibly changed the political landscape in Ireland.

The film has been delayed in the past due to funding issues.

The Easter Rising, which began 104 years ago on April 24, created an insatiable desire for independence in Ireland and completely changed public opinion toward British rule.

The Irish public initially condemned the rebels for the Rising and the devastation it caused in Dublin City, but public opinion changed dramatically after the leaders of the Rising were ruthlessly executed without trial.

The execution of James Connolly, who was so badly wounded that he had to be shot in a chair, provoked particular ire among Irish people.

The executions, coupled with other controversial events in the 1910s, led to the IRA's overwhelming popularity and public support during the Irish War of Independence.