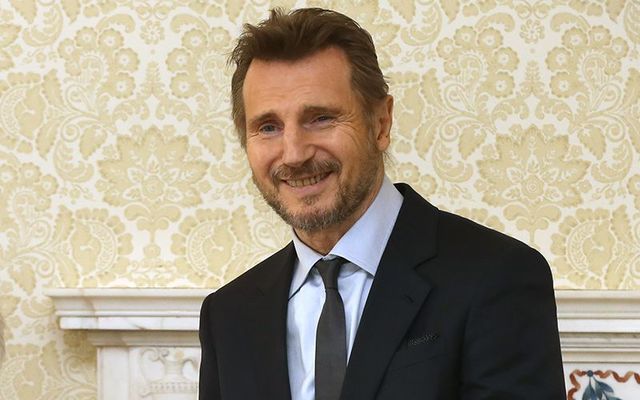 Liam Neeson’s son Micheál has made the decision to change his surname from “Neeson” to “Richardson” to honor his mother, the actress Natasha Richardson who died tragically in 2009 when Micheál was just 13 years old.

In 2009 it was IrishCentral’s sad duty to break the news that Natasha Richardson had died after a serious skiing accident in Quebec. The Hollywood star was just 45 and her children Micheál and Daniel, were just 13 and 12, respectively.

Richardson fell and hit her head while skiing with an instructor on a beginner slope at Mont Tremblant in Quebec. Though she seemed to be alright and initially refused to be taken to the hospital, she suffered an epidural hematoma and died on March 18, 2009.

Micheál’s grandmother, the 81-year-old Oscar-winner continued “That wasn’t because he wanted to avoid his father’s fame, which is enormous. He wanted to hold his mother close to him — because she was a remarkable actress. Absolutely remarkable.”

Redgrave approves of Micheál’s decision. She said “Our quaint customs dictate we have to have a male name. I don’t object. Why not? It’s as good as any.”

Richardson’s younger son, Daniel, now 22, will keep his father’s name, Neeson. However, it’s Micheál who has now ventured into the family business of acting.

Earlier this year Micheál crowd-funded an online film series called “On Our Way”. During the campaign, he used his new name, Micheál Richardson.

Poignantly during on episode, entitled “Entrée Des Artistes”, he played a young man trying to come to terms with the death of his mother.

Natasha Richardson was known for her hit movies such as “The Parent Trap” and “Maid in Manhattan”. After she died the lights in the West End, in London, and Broadway, in New York, dimmed as a sign of respect.

Read more: Liam Neeson reckons a horse on his new movie recognized him from a previous shoot

In 2014 Neeson spoke about his wife’s tragic death on “60 Minutes”. He described the moment when he realized his wife’s life could not be saved and how he dealt with seeing her hospital.

He said, “I went into her and told her I loved her," he said. "Said, 'Sweetie, you're not coming back from this. You've banged your head. It's – I don't know if you can hear me, but that's – this is what's gone down. And we're bringing ya back to New York. All your family and friends will come'."

The Ballymena actor said he continues to miss his wife “every day, more than anything.”

He added, “We had a wonderful chemistry and we became really, really close friends and ultimately we got married.”

What do you think of his decision? Should more children take on their mother's maiden names? Let us know in the comments section below.