Irish leader’s presence at Belfast Pride breakfast shows how much the Republic has changed. 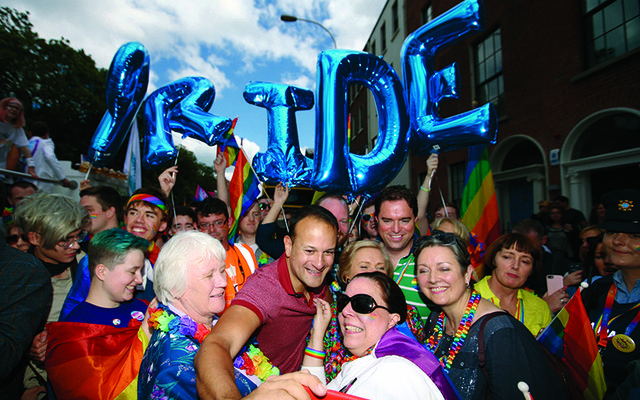 On Saturday Leo Varadkar will make his first visit to Northern Ireland as Taoiseach (Prime Minister), where he will attend a breakfast at the invitation of Belfast Pride, although he will not be marching in the parade later that day.

It’s a measure of just how much the Republic has changed - and how little Northern Ireland or the DUP have - that Varadkar, a 39-year-old biracial Irish gay man, is now the Irish Head of Government.

DUP leaders, citing their strong religious beliefs, have consistently moved to prevent or postpone the full equality of the North’s LGBT citizens, particularly with regard to marriage equality.

Varadkar’s message to the party (the lone holdout over LGBT equality) could hardly be clearer: on LGBT rights the Republic has moved on, as indeed have the rest of the UK, it’s time for the North to do likewise.

In case there was any confusion he told The Irish Times on Tuesday that he will attend the breakfast to: “Express my support for equality before the law for Catholics, Protestants, non-religious people, men, women, gay people and straight people. And I won’t be making any compromises about that for anyone really.”

The language is crafted to needle the DUP and put them on notice: Dublin will not sit by as one powerful demographic in the North law's down the law for every minority without significant political pushback.

It’s impossible to imagine any previous Taoiseach taking this stand over gay rights and the gesture is all the more powerful because Varadkar literally embodies the changes he wants to see in Ireland north and south. Symbols matter. 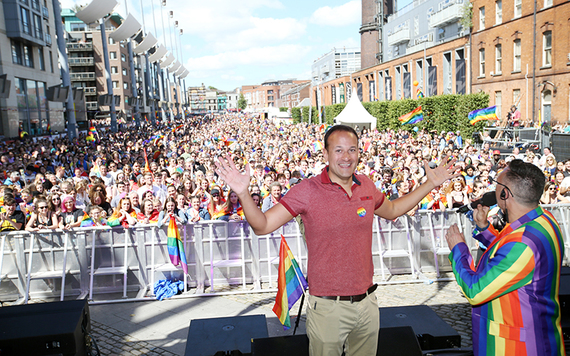 Taoiseach Leo Varadkar standing in front of the crowds at Dublin Pride.

In the nationalist community in the North, Sinn Fein has broadly unified Irish nationalists and republicans behind a progressive politics, one that’s strikingly dissimilar to the DUP’s brand, as the Northern question enters a dramatically new phase.

So it’s a principled and brilliant political play of Varadkar’s to make a Pride breakfast his first official event in Northern Ireland.

Observers have remarked that the recent LGBT march for marriage equality in Belfast achieved something that no other community there has ever been able to successfully do: it united Planter and Gael, liberal and conservative, Christian and agnostic, all marching together behind a rainbow banner. It mattered profoundly. The optics were unprecedented.

They’re the antithesis of a separatist march, in other words. They’re a reminder that another kind of society, another way of approaching diversity, is possible and frankly preferable.

So on his first visit Varadkar is holding the mirror up to Northern Ireland’s political leaders and to the intentionally divided society they preside over.

If they are discomfited or enraged by what they see that’s on them - and on the society they have helped to foster.