Kenneth Branagh returns in "Death On The Nile"

If you enjoy films about entitled posh people in gorgeous frocks bemoaning their cruel fates, then Kenneth Branagh's "Death on the Nile" is probably for you. 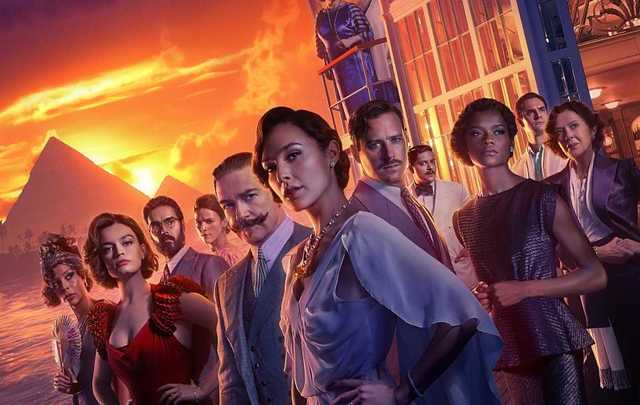 Kenneth Branagh returns in Agatha Christie's "Death On The Nile," in which he stars, directs, and produces.

As Agatha herself might have said, we know the how, but the question is why?

Having blurry memories of the 1978 classic film starring Peter Ustinov as Hercule Poirot, the self-styled “world's greatest detective,” I wondered what I'd make of Branagh's flashy 2022 retread, which stars the impossibly glamorous Gal Gadot among many others as the heiress that everyone has it in for.

Why remake this dusty old clunker about a bunch of bickering toffs touring temples for a 2022 audience? Well, if you enjoy "Downton Abbey" and "The Gilded Age" or other films about entitled posh people in gorgeous frocks bemoaning their cruel fates as they do in "The Crown," then it's probably for you.

Branagh starts off in the rat-infested trenches of World War I, where computer-generated trickery de-ages his Poirot back to his twenties as he sets about finding a way to save his entire company from certain death whilst demonstrating the observational brilliance that will later mark his career.

We don't really need this scene for the whodunnit ahead, but Branagh includes a back story because for him at least the character seems to be as interesting as the story.

Flash forward to 1937 and we join Poirot in a London speakeasy, where he observes the beautiful heiress Linnet Ridgeway cutting a dash through the upscale crowd. At the bar, Linnet meets with her old school friend Jaqueline de Bellefort (Emma Mackey) who is in town with her feral boyfriend Simon Doyle (Armie Hammer).

Linnet takes an immediate shine to Simon and before you can say what a double-crossing you know what she has pulled him out of Jaqueline's embrace all the way to the altar rails and an impromptu honeymoon in Egypt. 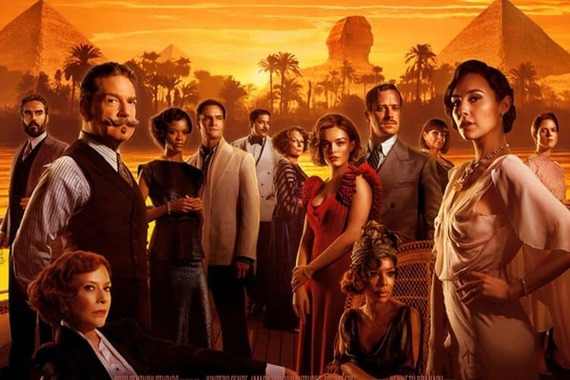 Kenneth Branagh returns as Hercule Poirot in Death On The Nile

We are introduced one by one to the quickly drawn ciphers that make up the supporting characters, some of them very fine actors like Annette Bening and Sophie Okonedo, and along the way we are given birds-eye, clearly computer-generated shots of local scenes.

But this slow boat to Cairo takes so long to get to the first murder that you may wish, as I started to, to lend them a hand. Branagh's film is oddly paced and joyless, alternating between long observational sequences and his trademark theatrical ensembles. But my attention and my patience started wearing thin as the nets started closing in around poor Linnet.

Branagh clearly wants to give Christie's cartoonish characters some reality and gravitas but this aim contrasts with the often big empty spectacles that drive the film on from scene to scene. Worse, the film's endless glamorization of the trappings of upper-class bling would put rap stars to shame and frequently does.

Death On The Nile ultimately suffers from Branagh's weird idea that this silted old mystery clunker means more than it does. That gives the film a degree of seriousness that it might be better lacking and made it quite slow going as it trundles on to the denouement, which had the disastrous effect of making me laugh not gasp.

Ultimately, the film is about as satisfying as an empty Tiffany's jewel box.

"Death On The Nile" opened nationwide on February 11.