Some great mysteries will never be solved. What happened to the crew of the Mary Celeste? Who killed Tupac? What really happened at Area 51? And how does Jamie Dornan choose his major film roles? 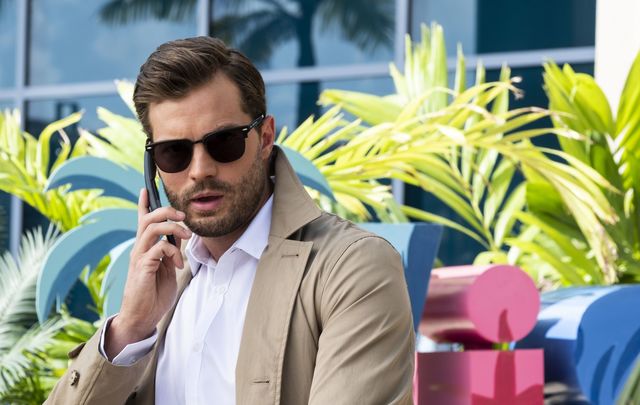 I'm not being sarcastic. The 38-year-old Irish actor has a distinctly usual filmography that variously includes serial killers, sadists, and pure sound fellas, but it looks like no other actor's currently working.

Dornan made headlines recently with his eye-catching turn as the low key love interest in John Patrick Shanley's Wild Mountain Thyme. This week the versatile 38-year-old Irish actor is back in the biggest comedy of the year, Barb and Star Go To Vista Del Mar.

What's becoming evident is his sheer versatility, which is really just another word for talent, because Dornan can play the romantic lead or the wingman or the psychopath with a rare degree of facility, alternating between the roles as the characters appeal to him.

The method in all this madness is that the County Down man clearly likes to challenge himself, but the danger is that the public might not notice (hint, they notice).

Blessed with a movie star face and a dry northern reticence, he's a star who can laugh at himself and that's exactly what he does in his latest film Barb and Star Go To Vista Del Mar.

In the film Dornan plays Edgar Paget, a love interest of sorts that sees the actor playfully singing and dancing (really dancing, we're talking balletic pirouettes, etc) with abandon in a showstopper number that brings out his sense of fun and whimsy in a way other actors of his stature would probably never dare attempt.

It makes you like him more because he's unafraid to take a huge risk, reveal his lighter side or quite literally fall flat on his face as the role requires. Handsome plays well at the box office but so does funny and the two together are increasingly prepping Dornan for the kind of serious or funny capers that a versatile old Hollywood star like Cary Grant would have signed up to. 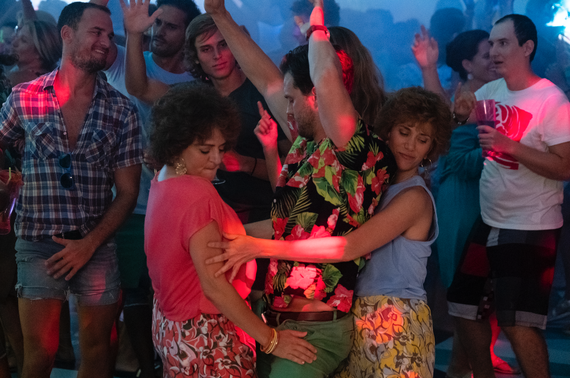 From talking to Dornan on the red carpet and from observing his many interviews over the years it becomes clear pretty quickly that Hollywood-level fame hasn't gone to his head.

The father of three has been married to Amelia Warner, 38, since 2013 and unlike many other male leads of his vintage, his private life has stayed out of the press (something to be thankful for in this era of overexposure). 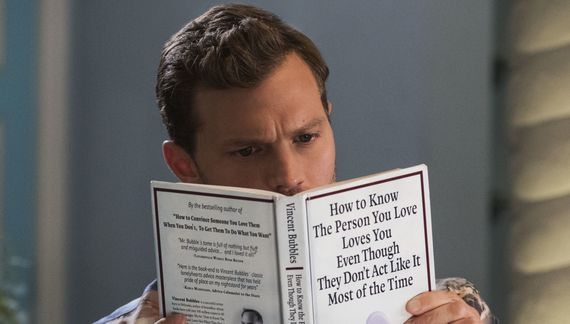 The plot of his latest film could be written on a napkin and it very possibly it was. When middle-aged lifelong friends Barb and Star head off on the vacation of a lifetime, they leave their small Midwestern town for the first time to see how people out there in faraway Vista Del Mar, Florida do things.

But Barb being Annie Mumolo and Star being Kristen Wiig, they soon find themselves tangled up in a villain’s evil plot to kill everyone in town. First, though they encounter the gorgeous Edgar (Dornan) and madcap antics ensue that include unscheduled trips of the psychedelic variety.

The big-budget comedy was scheduled to release in July 2020 but the coronavirus saw the opening shelved until this week when it will open for download on platforms like Apple TV+, Amazon Prime, and YouTube.

How you feel about the film may have something to do with how you feel about the stars. Most critics already agree it's a big silly colorful cartoon with a surprisingly tender center that is guaranteed to dissolve all the critical faculties of women of a certain age and gay men, who I suspect are its target audience.

Think of the comedic bond between friends in Romy and Michelle's High School Reunion or Patsy and Ednia in Absolutely Fabulous and you'll be on the right track but this colorful, cartoonish film is a law unto itself.

Coming off John Patrick Shanley's Wild Mountain Thyme, which was itself an unexpected comedy romance swerve for Dornan, to share scenes with two of the top comedians in Hollywood (Bridesmaids, Wiig and Mumolo's 2011 hit made an impressive 288 million dollars) you could get whiplash trying to figure out what floats his boat artistically or even which lake he likes to float it in. These are choices to perplex his fans and satisfy his own sense of creative daring, which is far more ambitious than he has received credit for to date.

People can forget what a phenomenon the Fifty Shades books and movies were or how a man less centered might have been tempted to believe his own publicity. In fact, Dornan looked a bit embarrassed by all the celebrities and he didn't turn the notoriety into a cash cow that tarnished his own image or overexposed him as it was always threatening to.

Instead, he took fishing trips to Donegal, stopping in the pub for a quick Guinness and always indulging the bar staff's request for a selfie. He also spent time off being a husband and father, two roles that don't win acting awards but do win awards at life. It's almost as if his groundedness was the most remarkable thing about him until you see his work.

Fans of all three seasons of his superb Northern Ireland based drama The Fall will passionately tell you what a thrilling screen actor Dornan can be when given the right material, cast, director, and script. The three-season RTE/BBC co-production co-starred Gillian Anderson in a dark as pitch tale about an ordinary man who no one suspects is a vicious killer.

It's a long way from his career start as a model for brands like Calvin Klein and Dior Homme, in campaigns that got him christened The Golden Torso by The New York Times. But interestingly his increasing stature as a leading man has brought him right back to where it all started in his latest feature film Belfast, a semi-autobiographical film by actor and director Kenneth Branagh.

In the film, which recreates the literally explosive atmosphere of the emerging Troubles at the end of the 1960's Dornan stars opposite Dublin born actress (and former model) Caitriona Balfe, 41, last seen in Ford v. Ferrari. Balfe plays Dornan's wife and Ciaran Hinds and Judi Dench play the grandparents in this fictional telling of Branagh's own memoir.

“‘Belfast’ is my most personal film,” Branagh told Variety. “It’s about coming home - a dramatic journey of excitement, emotion, and humor. With the incredible support of Northern Ireland Screen also in the mix we are very excited for the future of Belfast in cinemas around the world in 2021.” Pandemic permitting, it may release to theaters or on-demand later this year.