Cork singer Abigail Mulcahy - O’Connell traveled to Rome to surprise an old friend and perform "High Hopes" by Kodaline with him on Italy's Got Talent. 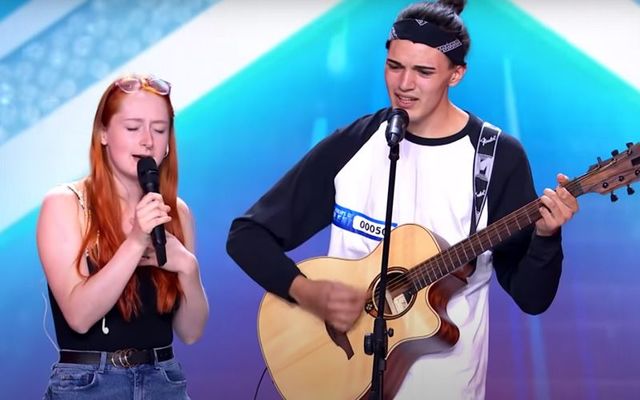 An Irish singer from Cork gave a friend the surprise of his life on Italy’s Got Talent.

Abigail Mulcahy - O’Connell traveled to Rome to surprise her friend Frederico Perotti, one of Italy's Got Talent contestants, and perform with him live on the popular talent show.

The two friends had always planned to audition for the show together, but due to public health restrictions, Frederico thought Abigail wouldn’t be able to make it to Italy. So, Abigail was going to sing with him via video link.

Before his audition, Frederico told the judges about Abigail and their shared love of music, fm104.ie reports.

"Early on we found out we had a passion in common," he said. "Tonight she can't be here because she's in Ireland.”

Just before he began to sing Kodaline's "High Hopes," Abigail appeared on the screen behind him, ready to perform the duet.

During the song, she walked out on stage and joined him by his side, much to Frederico’s delight.

“At the start, he thought we were going to sing together through video link and then as we were singing I walked out. He looked startled! It was lovely, a real reunion, we hadn’t seen each other since 2016," said Abigail, who met her Italian friend during a Youth Exchange program.

"I wasn't expecting it, I swear," said Federico, after the emotional performance, which received a standing ovation.

"As soon as she arrived on stage you gained courage and you sang so much better," said one judge, while another one commented, "This song you must do together.”

Needless to say, Abigail and Frederico made it to the next round.