The new romantic comedy will be filmed in Ireland. 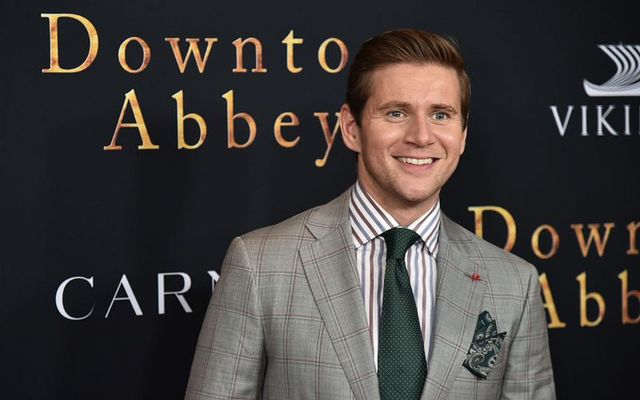 Irish actor Allen Leech has been cast in "As Luck Would Have It,” a new Hallmark movie set in Ireland.

The 39-year-old actor, best known for his role in "Downton Abbey," will star alongside "Sweet Magnolias"  and "Once Upon a Time" actress JoAnna Garcia Swisher in the made-for-tv movie directed by Clare Niederpruem.

The story sees Lindsey (Swisher) traveling to Ireland to acquire land that is perfect for a resort. She decides to enter the town’s matchmaking festival to prove her investment and win over a handsome local (Leech), reports Deadline.

“JoAnna Garcia Swisher and Allen Leech are both immensely talented actors and we are delighted to welcome them to the Hallmark Channel family,” said Michelle Vicary, EVP Programming at Crown Media Family Networks. “Between its charming leads and lushly-authentic Irish setting, viewers are sure to be captivated by this sweet, lighthearted romance.”

The film, which will be part of Hallmark Channel’s annual “Spring Fling” programming event, has already began on-location filming in Ireland.

The Hallmark Channel's "Spring Fling" slate begins on March 20 with five straight Saturdays of original movie premieres. “As Luck Will Have It” will debut on April 10, according to ETOnline.

Leech starred as Tom Branson in Julian Fellowes' hit period-drama "Downtown Abbey" for six seasons and also appeared in the 2019 movie based on the series.  Branson is the Irish socialist chauffeur who falls in love with the ill-fated Lady Sybil and later becomes the estate manager and a well-admired member of the aristocratic Crawley family.

Leech, who is from Killiney, Co Dublin, has also appeared in "Bohemian Rhapsody," "The Imitation Game," "The Sweeney" and "From Time to Time."