All Pauls: how a band made up of men called Paul O'Sullivan found fame

What happens when four random men all named Paul O'Sullivan meet on Facebook? 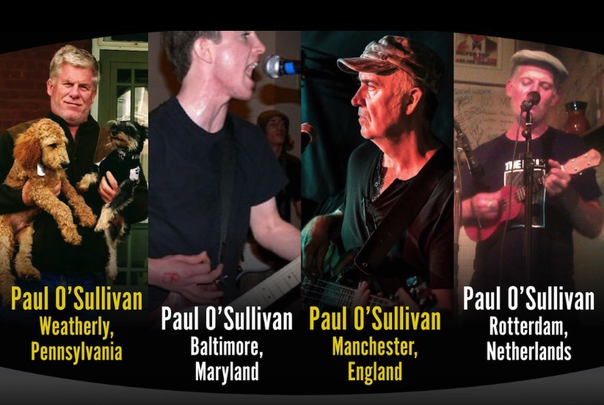 They form a band and become a social media sensation with appearances on CBS News and Kelly Clarkson’s talk show, of course.  The Irish Voice talks to one of the Pauls to see how their band came together.

In 2016 a young Irish-American music instructor in Baltimore called Paul O'Sullivan, 33, sent some friend requests to other people who share his first and last names on Facebook.

When some of them responded a lively group-chat formed - and soon after that an international band.

Getting curious about his Paul O'Sullivan namesakes around the world music instructor Paul O'Sullivan, 33, from Baltimore reached out to some of them, sending random friend requests to the total strangers. To his surprise, some responded.

Then he discovered they were connected by more than just their first and last names. Music, for one thing, was an unexpected bond between them. One Paul played guitar, another Paul had a profile picture where he was singing jazz live, another Paul had a deep love of Irish history and heritage, so the chats between them started to get lively quick. 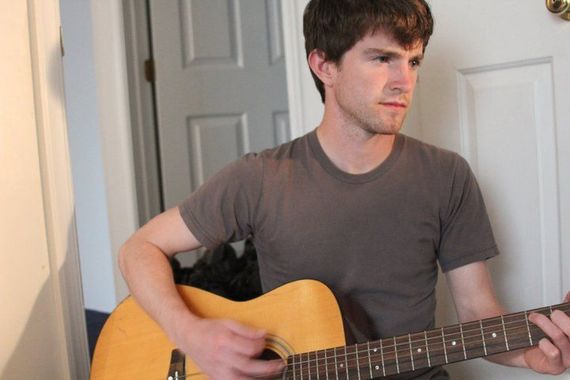 Cork-born Paul O'Sullivan, 52, who has lived in Rotterdam, Holland since he was 19, was a case in point. Having lived longer in Holland much longer that he did in Ireland, he's been fluent in Dutch for decades and speaks English now with a clear Dutch accent (a thing he gets playfully ribbed for on his visits to the rebel city).

“In 2016 Baltimore Paul contacted me through Facebook,” Rotterdam Paul tells the  Voice. “He saw that I was a musician and that the other Paul's were musicians as well. At first, I thought, okay who is this guy? You know, what he was proposing sounded nice – a Paul O'Sullivan group - but I had to check him out first because you never know on Facebook. I wanted to see if he would return my messages to figure out if he was in fact real.”

The messages were returned and conversations soon took off. Soon Baltimore Paul suggested that they all form an online band. “I remember telling my wife you know what, this Baltimore Paul is nice guy,” says Rotterdam Paul. “And so a band full of Paul O'Sullivan's hit me as a great idea. I decided to jump on board, you know?”

For the sake of clarity, they all started referring to each other through the city they were living in. Baltimore and Rotterdam Paul were soon exchanging their views online with Manchester and Pennsylvania Paul. A rapport was growing. 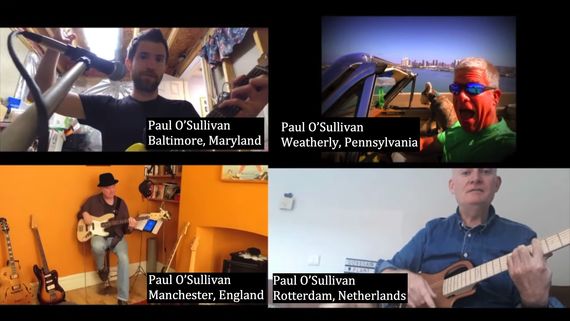 As soon as Baltimore Paul suggested they form the Paul O'Sullivan's band they were off to the races. “I started writing down lyrics and Baltimore Paul started putting down a little bit of music and we would send it back and forth to each other and that's the way it works.”

Quite accidentally the men had stumbled upon a brilliant idea, to harness the unique cultural power of the Irish diaspora, which links the Irish worldwide from Tipperary to Tokyo. The idea is more than just a gimmick, as reporters from as far away as New Zealand started calling them up to request interviews, reminding them of just how far-flung the Irish are.

Rotterdam Paul had emigrated in the 1980s, but Pennsylvania Paul's, 57, ancestors had live in the US for two centuries. Despite that, Ireland meant something important to them all, and their hearts were strongly connected to the mothership in ways they enjoyed discussing and swapping stories about.

Interestingly all of this online activity actually predates the pandemic. They each found each other and the Paul O'Sullivan band took off long before it became a lockdown project created by people with unexpected time on their hands.

“I think if you have something in common with people that's the start to anything. We like music and we want to make music. That's the next base where we can work from. And because of all that, we've become very good friends in the last couple of years. In life, you have your ups and downs and we've contacted each other when times weren't really going well too. To be there for each other and talk through the difficult times. And even the difficult times you can use to do something creative.”

A band, a therapy appointment, a men's discussion group, a historical society, a bit of craic, it was all of this and more. It's intergenerational too, with Baltimore Paul being 33, Rotterdam Paul 52, and Manchester and Pennsylvania Paul being 57 apiece. They bring experiences and perspectives (and sounds) that contrast in interesting ways. 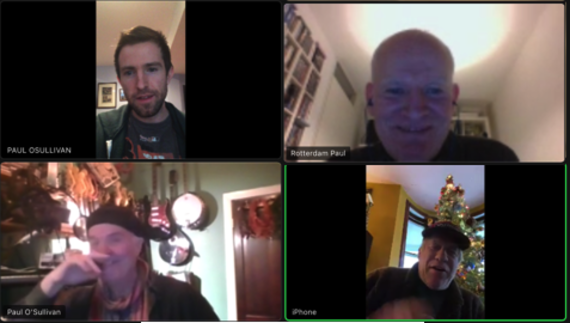 So how would Rotterdam Paul describe the band's sound? “Well, I think it's always difficult to put yourself in a box, but if I look back at our first single there was a little bit of a post-punk, Blink 182 sound to it because Baltimore Paul is a real fan.

But if I look at our LP that came out last December they're all different styles, you know? I think if you're going to put us in a genre, I think you would call it adult pop or something like that.”

When the pandemic hit the Pauls were grateful that they had already created their online creative community. “It occurred to us early on that it would be great if we could make something and release before the end of the year, just to send out something positive to people just to, just to give them a little positivity in a hard year,” says Rotterdam Paul.

The result was the album Internet Famous: A Retrospective, released on December 30.  Only on the internet could this have happened. By accident, they discovered that they were linked by their love of Ireland and music and now they're making intercontinental records from their cities in Europe and America. 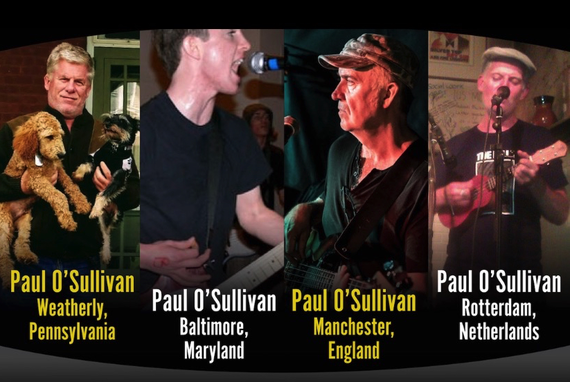 The challenge of being a single band based in multiple countries means that they have to upload their respective parts and put them together on a computer program. It's not quite the way The Beatles recorded Abbey Road but even Liverpool Paul would be impressed by their commitment.

When you emigrate things change and you must adapt. Rotterdam Paul's accent has changed and adapted for example. “They make fun of me in Cork. They say did you bring some wooden clogs and cheese with you? Over here in Holland, I don't really speak English much, my wife, my teenage son, and all my friends all speak Dutch. So when I go back to Cork it takes about a couple of days to adjust. A switch turns over in my head and when I come back from Cork my wife doesn't know what I'm saying anymore.”

The band's first single is titled Namesake and appropriately enough it's about a long-distance relationship. The opening line of their debut song begins, “We’ve grown so fond from across the pond.”

But do the Paul O'Sullivan's have plans to perform in person together after this season in limbo ends? “Well we have had a lot of press in the last month with TV shows, magazines, and newspapers, it's just unbelievable the attention we're getting,” says Rotterdam Paul.

“We have plans to go to New York next year and our plan is to play a concert in every Paul's city, Rotterdam, Baltimore, Pennsylvania, and Manchester. Watch this space!”