Paul McCartney and Paul Muldoon are teaming up for the ambitious "The Lyrics" project. 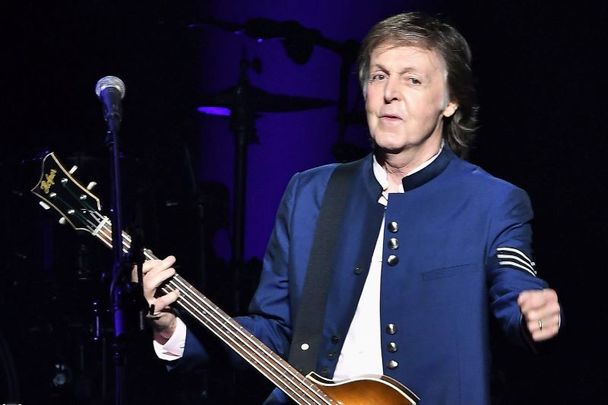 Big news for Paul McCartney fans – the Beatle is going to publish a kind of autobiography at the end of this year, and he’ll do it with Paul Muldoon, the Co. Armagh-born Pulitzer Prize-winning poet.

The project was announced last week, and it’s ambitious. The Lyrics will consist of two books coming in at more than 900 pages, with the contents described as a “self-portrait in 154 songs” -- the ones he made famous during his time with the Beatles, Wings, and his solo career.

“Each is arranged alphabetically to provide a kaleidoscopic rather than chronological account, it establishes definitive texts of the songs’ lyrics for the first time and describes the circumstances in which they were written, the people and places that inspired them, and what he thinks of them now,” the publisher, Allen Lane, said.

Muldoon revealed that the book has been in the works for years.

“Sir Paul and I met regularly over a period of five years for two or three-hour sessions in which we talked in a very intensive way about the background to a half dozen songs,” said Muldoon.

“In a strange way, our process mimicked the afternoon sessions he had with John Lennon when they wrote for the Beatles. We were determined never to leave the room without something interesting.”

Muldoon served as the book’s editor, and he also wrote the introduction.  He’s certain that McCartney will be hailed as a literary titan after it’s published on November 2.

“He’s one of the most buoyant, upbeat people I know, but his general demeanor shouldn’t suggest that he’s anything but a deep thinker. He looks long and hard into every aspect of life and I believe readers, old and new, will be struck by a book that will show that side of him. He’s going to come out of this book as a major literary figure,” said Muldoon.

Macca has promised his legions of fans fresh insights into his life and work.

“More often than I can count I’ve been asked if I would write an autobiography, but the time has never been right. I hope that what I’ve written will show people something about my songs and my life which they haven’t seen before. I’ve tried to say something about how the music happens and what it means to me and I hope what it may mean to others too,” he said.