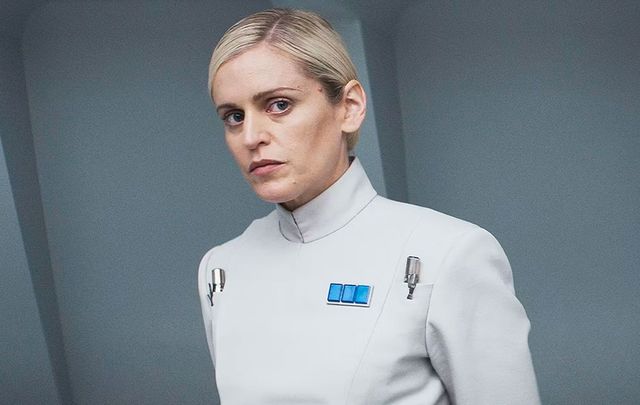 If you're sleeping on it, now is the time to catch up on Disney+.

Scholars of Irish history can't fail to miss the surprising, often unmistakable echoes of the Irish Civil War and the Troubles to be found in this big-budget space opera, which are brought to life by the talents of Irish actresses Fiona Shaw, Genevieve O'Reilly and Denise Gough.

The BAFTA-winning Shaw needs no introduction, nor does the Olivier Award-winning Gough or indeed screen star O'Reilly, but it is rare to see a trinity of Irish actresses cast in such pivotal, contrasting roles in a story that at its root is about colonial occupation - and the violent resistance to it. 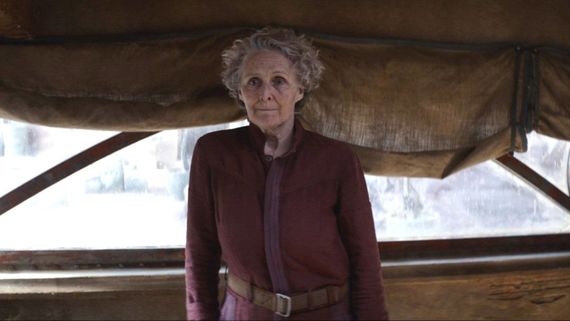 Producer and longtime George Lucas collaborator Kathleen Kennedy has managed to make this space saga, which is not known for its subtlety, offer up a stinging and timely critique of the prison industrial complex - and the rise of fascism it helps enable.

And she has smuggled this contraband into prime time and in one of the most celebrated franchises in science fiction. It's an extraordinary accomplishment that deserves more attention.

Irish people watching will immediately sit up at what unfolds onscreen. When a garrison of Stormtroopers patrol a remote outpost where their presence is unwanted, the locals bang on tin cans like the women of Derry once did to warn of approaching British soldiers during the Troubles. The parallels are so stark that it has to be intentional.

Equally, when English-accented soldiers ransack Shaw's character's home, she withstands them all with the seen this all before stoicism of an Irish resistance fighter. 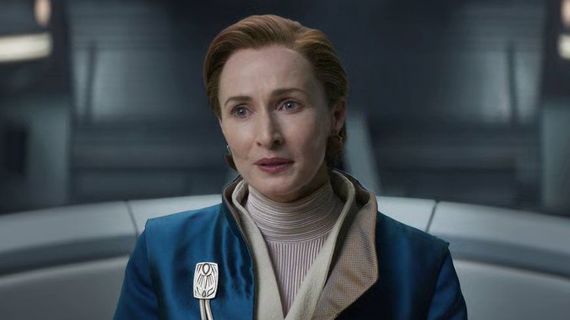 Genevieve O'Reilly stars as a secret revolutionary in 'Andor'

As a senator who is a closet revolutionary, Genevieve O'Reilly makes us feel the exhilaration and fear her character must endure as she plots to overthrow the galaxy's cruel oppressors. She's so good in the role she could carry her own spin-off, exploring the ways that the empire's veneer of public civility hides the systemic exploitation and brutality underneath.

Meanwhile, Denise Gough is superb as a true believer in the empire, a woman whose work to rid the universe of insurrection puts her in direct conflict with the other two women in this trinity.

Casting these Irish actresses without much fanfare, critics have had to play catch up as the implications of their roles and casting become clearer as the show progresses.

"Star Wars" is one of the most protected properties on the planet, so spoilers are not a thing they encourage, which has led me to this later-in-the-season appraisal and celebration of what is still unfolding onscreen.

What Andor does so well is show us how many eggs you need to crack to make an empire, if you will. The casting of Irish women on every side of this at-what-cost-power question deepens our engagement with the human consequences of all that ambition, better than any previous Stars Wars outing to date.

If the intention of 'Andor' is to complicate the basic rebels good and empire bad equation that has been the show's starting point from 1977, well, they have achieved without losing sight of the rightness of the struggle or who the bad guys ultimately are.

Shaw is superb as the battle-hardened warrior who calculates she might as well go down fighting in one last, great push. O'Reilly understands her task it to undermine the system from within and this she does at enormous cost to herself, her family, her marriage and her safety.

Gough is a terrifying study of what ideological fanaticism can do to a human spirit. She's a walking reminder of the dangers of unquestioning and unblinking belief and the story is still hinting at just how far she is prepared to go to protect what she calls galactic order.

"Andor" is the latest and in my opinion the greatest "Star Wars" story yet produced and it deserves all the critical acclaim it has received so far. But it's three Irish women who – alongside show's Mexican star Diego Luna - anchor the story and give it its rare power. Thank Kathleen Kennedy and her obvious familiarity with the history of her ancestor's homeland (and what befell it).

"Andor" is now playing on Disney+.