For decades, one descendant of the Irish Famine dead has been fighting for a proper commemoration, all because it’s “the right thing to do.” 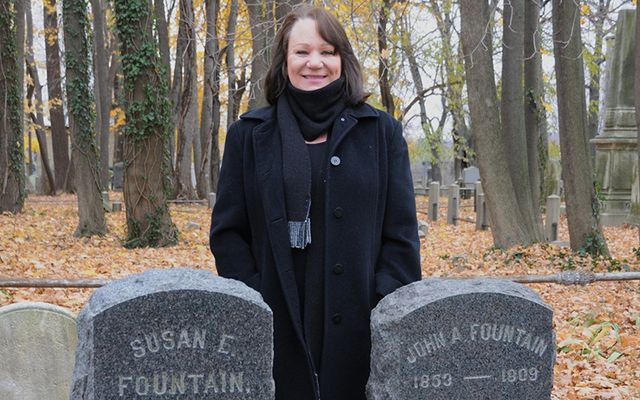 Lynn Rogers, Executive Director of Friends of Abandoned Cemeteries, has been fighting for the Irish victims of the Great Hunger for decades. SI Chamber of Commerce

Though they lie buried now in mass graveyards all along the eastern seaboard from Grosse Île in Canada to Staten Island in New York, the Great Hunger dead are still with us. And so they should be.

That is especially true on Staten Island where a huge graveyard of men women and children including babies was discovered during excavation for a massive new building set to house law courts.

The Irish graves of those victims of the Great Famine were disinterred for examination and then reburied, but the story of what happened to those who died just as they had sight of the America still remains largely unknown by the wider Irish community.

By 1847, the darkest year of the calamity, 40 ships containing 14,000 Irish immigrants waited in a line that extended a full two miles down the St. Lawrence River in Canada. The scale of the horror was unprecedented.

100,000 desperate Irish arrived there that year alone, one in five of them dying of disease or starvation on or immediately after their voyage.

About 650,000 Irish arrived in New York harbor through those dark years, passengers on barely seaworthy ships to New York that had to stop for medical inspection on Staten Island.

Passengers with fever were removed to the nearby quarantine station where they either recuperated or quickly succumbed to their illnesses. With no money or prospects – and exhausted by hunger and their long sea voyage – many who luckily survived decided to settle in the local area, the first of a long line of descendants that stretches right down to this day.

Lynn Rogers is one of those Irish descendants. The Executive Director of Friends of Abandoned Cemeteries (FACSI), the nonprofit that now cares for thirteen abandoned graveyards on Staten Island, she was instrumental in ensuring that the final resting place of thousands of Irish immigrants who died between 1845 and 1858 on Staten Island was protected and commemorated. 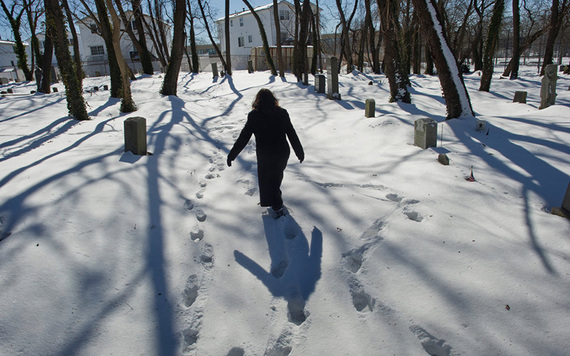 When New York State announced their intention to build a series of new law courts on the long forgotten Irish famine graveyard in 2000 Rogers group ensured they were made aware of the historical significance of the St. George site, located just a five-minute walk from the Staten Island ferry dock.

New York State, anxious to begin construction on their multi-million-dollar courthouse project, insisted that the FACSI group had it all wrong, there was no graveyard. “That meant we had to reach out to the New York State Parks and Historical Preservation Department in Albany. We wanted an archeology survey,” Rogers says.

Boring was carried out on the soil in the early 2000’s and in every hole they dug they found human remains. “They discovered trenches they called sleeves. Eight infants would be buried there, one on top of the other. They would see the shrouds in rows and rows. These were mass graves. But it wasn’t one big pit and they throw you in, it was organized. In ordinary cemeteries it's usually two or three adults in one grave. Here there were three or four on top of each other side by side.”

Hasty as it was, it wasn’t disrespectful Rogers says.

After the corpses in what remained of the Famine plot were rediscovered they were gradually disinterred, and then the question became what to do with them?

To tackle this the city set up hearing after hearing to discuss the case and Rogers and a small handful of other committed Irish Americans attended them all. “We would ask what they city planned to do with the graves? Would they exhume them all? What would happen then?”

“We had to wrangle with the State of New York who wanted to put them all in storage boxes in a warehouse in Brooklyn until they decided their fate. We had to fight that. We believed we would never see them again if we didn't watch out.”

To protect the remains and their history Rogers had to attend hearing after hearing in the city and calmly reiterate her suggestions for the site because she feared if the remains left Staten Island they would never be seen again.

Rogers attended many of these hearings with her fellow FACSI member Bill Reilly. “We would often be in a room with fifteen guys in suits from Albany. They would get sarcastic with us. They would say things to me like, “What are we going to do with the bodies, Miss Rogers? UPS them to your house?” They tried to belittle us but I was prepared before every meeting.”

For Rogers it was the principle that mattered most. “My family arrived on Staten Island because of the quarantine when the Irish came in. They stayed here and made a life, it’s as simple as that. We all believe we have family buried in that cemetery.”

In Rogers view – and the historical records support it – the Staten Island site is as important to the history of the Great Hunger Irish as Montreal and Toronto. Currently the final resting place of the Irish dead is marked with a modest plaque and a small billboard funded by FACSI and a Dublin based Famine commemoration group, when what happened here cries out for a major memorial.

Last winter Rogers and students from the local high schools planted 2,100 spring bulbs that have flowered for the first time this month. Although the call went out for volunteers on the FACSI Facebook page, sadly not a single person from the wider Irish community showed up to participate.

The tulips started to bloom at the Quarantine Cemetery.

Rogers is not discouraged though. “We’re having a commemorative event here on Sunday, May 21. The details are on our Facebook page. All are welcome to attend,” she adds.

The main goal, she says, has always been to protect the remains and legacy of her Irish ancestors and she has done that successfully, often single handedly. Fate or providence may very well have appointed her. She certainly proved herself equal to the task.

“It was the right thing to do,” she says firmly.

Now it’s finally time for the Irish community and our representatives in New York to acknowledge Rogers decades long commitment and stand beside her to properly commemorate the thousands of Irish whose tragic stories came to an end on this lonely spot. It was always the right thing to do.

The Woman Who Cares for Abandoned Cemeteries by Emily Siegel from Video Storytelling Marvelous on Vimeo.

The Friends of Abandoned Cemeteries have an upcoming memorial event on May 21: