Donald Trump is proof of the saying elect a clown, expect a circus

The Russians are clearly being entertained by Trump's circus in the White House. 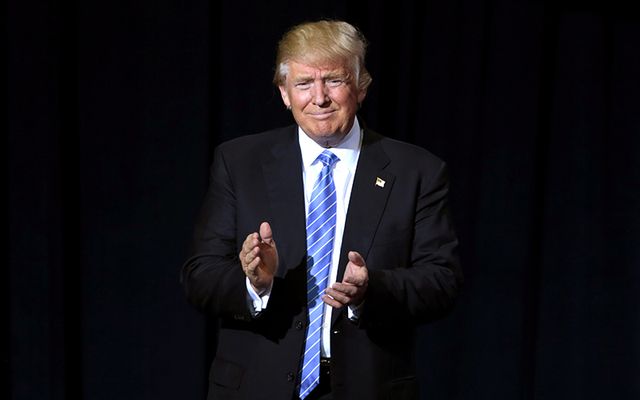 This week Donald Trump spoke of a concerted witch-hunt against him. He is, he Tweeted, the target of “the single greatest witch hunt” in American political history.

Really? This claim would have come as news to the many victims of Senator Joe McCarthy, who was famously paranoiac about the Russian infiltration of American politics, but Trump was undaunted.

This is the single greatest witch hunt of a politician in American history!

“Look at the way I’ve been treated lately, especially by the media. No politician - and I say this with great surety - has been treated worse or more unfairly,” he digressed in a commencement address at the US Coast Guard Academy.

Where McCarthy once saw a Red under every bed, Trump now appears to see a note-taking American journalist. Both men are at root disturbingly paranoiac about “enemies within,” setting them on an inevitable collision course with the institutions of their own governments and the fourth estate.

Recall too that Trump was mentored by Roy Cohn, McCarthy’s right hand man, who some still refer to as the pole star of evil. Cohn saw the hidden hand of sinister agents behind every setback suffered by his boss. Shadowy cabals of faceless bureaucrats with unlimited power stifled every attempt Senator Joe made to make America great again, Cohn believed.

We hear that suspicion again now when Trump supporters talk of a “deep State” out to thwart his policy agenda and bring his administration to its knees.

The truth is more prosaic, however. The main author of Trump’s political misfortunes is Trump himself.  It’s his hubris and overreach, his authoritarian instincts: they conflict with the American democratic tradition. I think even his most ardent supporters are beginning to understand that now.

The recklessness that characterized Trump’s presidential campaign delighted his supporters, eager to stick it to the Obama era. But that recklessness is not at all suited to the presidency. What once seemed like a breath of fresh air now looks chaotic.

Trump, like McCarthy before him, first endeared himself to the conservative base by appealing to their populist fury, their economic resentment, their anti-intellectualism and their blunt racial hostility.

Most especially, he channeled their anger at the government, Democratic and Republican Party alike, promising us “only he” could bring them excesses to heel.

He ran as an insurgent within his own party, in other words. His blunt force style delivered him the nomination, but it will not do at all as the leader of the free world.

The John F. Kennedy era came to be called Camelot. Trump’s is more Elsinore, but he’s no Hamlet. For a start he lacks the introspection. Where there is a crisis, it is always someone else’s fault.

It should be clear to anyone who has been watching that Trump does not understand how his shocking firing of former FBI Director James Comey could have been viewed with alarm. Because the perspective of other people is unimportant to him if it doesn’t comport with his own.

Asked this week if he had asked Comey to slow or stop the investigation into national security adviser Michael Flynn, Trump didn’t hesitate: “No. No. Next question,” he responded.

This flatly contradicts Comey’s account. Given that he is a meticulous, record keeping lawyer, this is not a bet I would like to take. The obstruction of justice is a profoundly serious legal charge and will be viewed as such by Trump’s Republican allies on Capitol Hill.

The word that best describes our current moment isn’t drama or crisis or chaos, however. It’s ineptitude. It turns out that the business of government is a more challenging proposition than Trump anticipated. But Trump is sitting in a room that once knew Lincoln, Roosevelt, Wilson and Truman. The President of the United States of America is not a learn-on-the-job post.

Perhaps the best that can come of this lamentable political conflagration is the lesson that it is unwise in the extreme to elect pampered celebrities and expect them to become elder statesmen and women, as if attaining the office were sufficient mentorship for it.

There’s a saying, elect a clown and you’ll get a circus. The Russians are clearly being entertained by the turbulent spectacle on Pennsylvania Avenue (which, thanks to Recep Erdoğan’s thugs, now includes pitched battles on our nation’s streets) but the wiser among us should view this chaotic three-ring spectacle with the firm resolve never to make the same mistake again.