Dating Amber "is a sweet but complicated coming of age drama about the price we pay for being ourselves on our own terms." 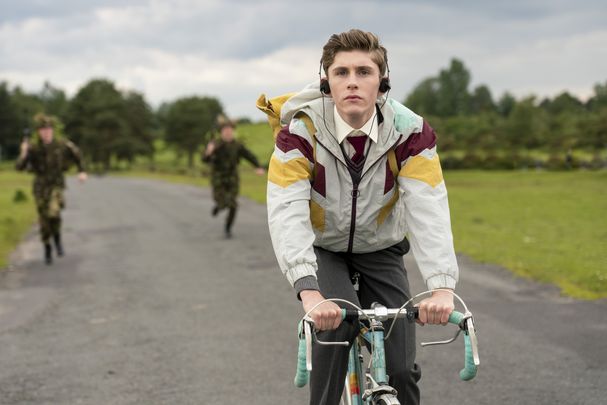 Irish up-and-comer Fionn O'Shea wowed us all in his turn as the sadistic and snobbish boyfriend in 'Normal People' this summer.

O'Shea, 23, plays a kid who's father is a commander in the Irish Defense Forces. It's not exactly the most supportive environment for a secretly gay son.

Directed by David Freyne, who hails from a military family background in County Kildare, the film is a sweet but complicated coming of age drama about the price we pay for being ourselves on our own terms. 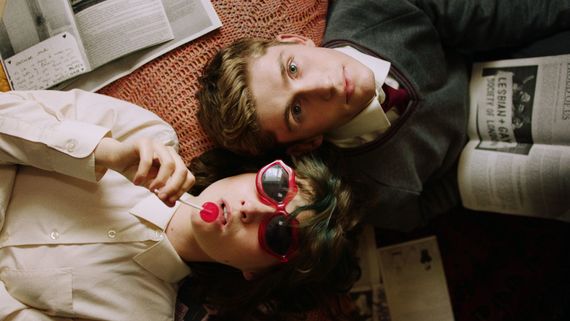 No one is as conservative as a teenager, after all. When you're trying to find your identity in high school you quickly discover how few identities you are actually allowed. It's a short list, as Freyne found out himself growing up in Ireland.

“The film is set in 1995 in the town where I lived. I wanted to the story of a deep platonic friendship between a gay guy and a lesbian and how they help each other navigate all the oppression around them, which is something you don't see very often,” he tells IrishCentral.

“I think we're so used to seeing films about gay love stories but not about gay and lesbian friendships. It's almost like we're put in these hermetically sealed, separate boxes that we can't mix in. And that's just not the truth. That's not my truth.”

The friendship between Amber and Eddy takes off when she forces him to admit what is plain to her from the get-go, that they're both gay, so they're both targets, and if they have any chance of surviving their small-town school it'll mean pairing up.

In gay parlance, they become each other's "beards," the term gay people give to opposite-sex dates who make it look like they might be heterosexual. The ploy works. As soon as they announce that they're dating their postures change, the become more expansive, even the way they walk is altered. They're only masquerading but it takes the heat off them at school.

“Gender is all a bit of a performance,” says Freyne. “I wanted to kind of show the audience the way they think they need to behave, especially Eddy because of all the toxic masculinity around him. I wanted to show that it's all just a performance. And that those kinds of restrictions that you put on people aren't just really damaging to you they're just as damaging to them.”

The film is funny and well-observed, with some biting things to say about Irish society, but it avoids every cliché of the genre, however. Eddy's dad may be an army man but he's not an emotionless, unreachable oaf. “He doesn't necessarily say the right things, but he means well and he's got his own issues, he's really suffering himself in his marriage from his own brand of toxic masculinity. I think we're so often used to seeing the hateful bullying father, rather than just the guy who's just a version of ourselves." 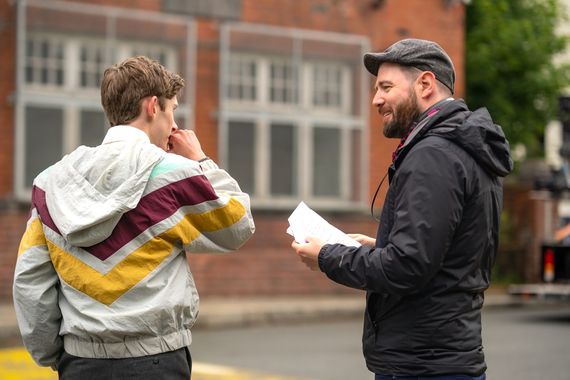 It helps that in O'Shea they see the most accomplished young male Irish actor currently working. He has the rare gift of bringing his inner emotional life to his face, so that you are never in any doubt about what he feels or what the stakes are.

Fionn agrees. “There were a lot of things that made me want to be a part of this film. It's a story about queer friendship that's framed in hope and optimism and joy and it's really important that we see stories like that. I really understood my character Eddy and I was given the opportunity to bring a lot of parts of myself to the charterer as well.” 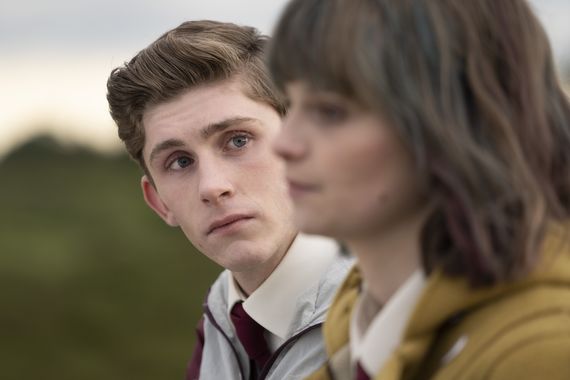 Before you get the idea that this is a comedy romp, be aware that it goes to places of deep distress, like the fear of losing your family, your friends and your future by just saying one word.

After Eddy and Amber take a train to Dublin to visit their first gay bar, Eddy is horrified when someone from home sees him. Will he be outed? He races outside and his face collapses in fear and sorrow and it is such a strong moment. You can see what the potential exposure costs him in O'Shea's face.

“I think that fear is universal,” says O'Shea. “I think he could be in an English village and or an American one, where you feel you're going to suffocate, and you have to escape and to fight, to be yourself. I think the world is littered with artists and gay boys and girls that needed to leave to find themselves and that becomes Eddy's story.” 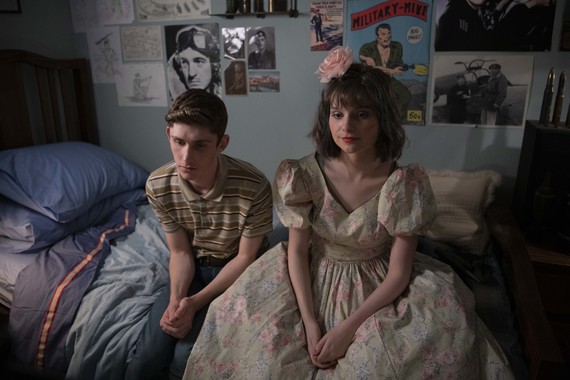 Petticrew, who hails from Belfast, describes Dating Amber as a romantic comedy where the focus isn't on romantic love. "I think it's about people seeing that after coming out there is hope and there is joy and their lives become as colorful and complicated as anyone else's.”

Launching a new film in the middle of a pandemic is a tough call, although it looks like things are finally starting to turn around with a working vaccine finally on the horizon, but how has she been experiencing a film launch in the middle of such a weird time? 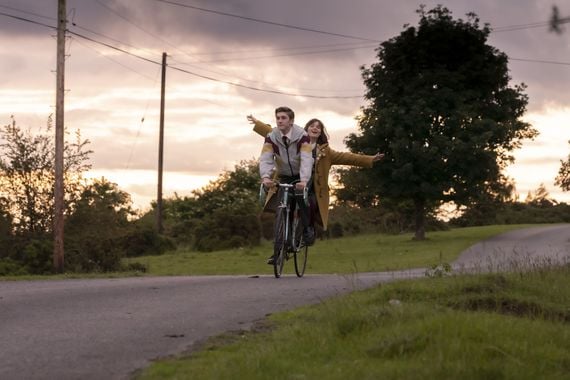 “Yeah. I mean, it's incredibly weird. It's very difficult for everyone but I think that people that work in film are incredibly hardy people. When Dating Amber was released we wanted to make sure that as many people as possible in the UK and Ireland could see it. We did all of our press from a little lockdown caravan in County Wicklow.” (O'Shea and Petticrew have become inseparable platonic pals in real life, just like their characters in the film).

O'Shea meanwhile made a strong debut here this summer in 'Normal People,' playing the sadistic and snobbish boyfriend of Marianne (Daisy Edgar Jones). He performed it so well he got hate mail, a backhanded compliment that makes Petticrew laugh. If they only knew the real him, she offers. In Northern Irish parlance, she reserves one of the greatest compliments she can give a person. “He's a dote,” she laughs.

'Dating Amber' will be released on demand and digital on November 13, 2020.