The current political idealogy - time to rob the poor, again

Donald Trump is "the symbol of our radical new era, one where being born rich trumps being born competent." 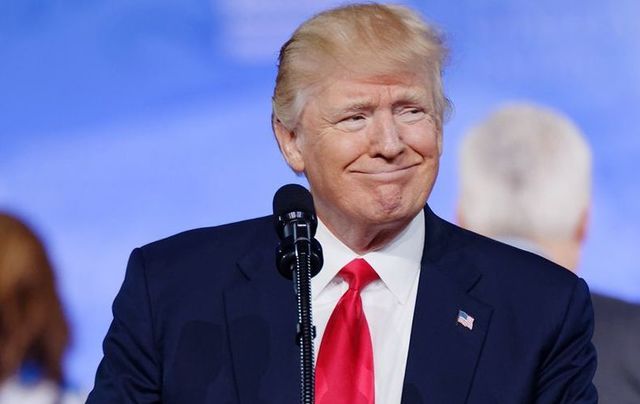 We are living in a new political moment when the far right around the world is intent to dogmatically pursue their fondest political ideologies, no matter where they lead us, even if they lead to ruin.

In America, Republicans are working with a religious zeal to repeal Obamacare, intentionally sabotaging the insurance exchanges to drive them out of the market, even though the enrollment statistics clearly show that Obamacare is working.

They attack it relentlessly because at root the Republican objection to the Affordable Care Act is not that it works; it's that it exists at all.

The sight of the working poor being able to pay for their own healthcare seems deeply counter intuitive to them, an indication that at root Obamacare must be an unwholesome Marxist con job. The objection is political and ideological then, not based at all on the social good.

It's possible that Republican efforts to kill Obamacare backfired and helped drive up enrollment https://t.co/gLQI6vDRl9 pic.twitter.com/azML0VCou8

Contrast the Republican effort to repeal Obamacare, which millions now depend upon, with their push to cut taxes on the top bracket of income earners, to enrich the rich even more. That's an effort that no one is actually calling for, yet Republicans are pursuing it with an equally missionary zeal.

Despite the best efforts by leading economists to dissuade them, conservatives still seem to believe that cutting taxes on the rich will lead to economic dividends for everyone else. After two centuries of examples that prove them to be in error about this, they still blithely insist that “trickle down” benefits are a real thing.

There is a good reason for all this Republican faith in the face of contradictory evidence -- the largest campaign contributions they receive always come from the people who stand to be the most helped by their actions. Money has a way of bringing everyone around.

“We will win so often you will be bored of winning,” boasted our angry and isolated tweeter-in-chief, who has not seen a single signature one of his policies adopted since he took office. If this is what he calls winning, what does losing look like?

If you haven't studied President Trump's tax bill in detail yet here is what you need to know. As it blazes through Congress like an ideological comet, it modifies the U.S. tax code to significantly benefit the rich at the expense of the rest of us.

Like every other lousy defraud the poor to aid the rich the tax bill proposed by the current administration, it rewards the already rewarded at the expense of you and me.

Read more: Suddenly, Europe is so great to the Trump Nation?

We won't see big tax cuts. We will see big tax increases. Our only hope is that they might one day invite us to their private party (here's a clue, they won't) for a draughty seat near the doors.

In the old days these kinds of blatant political heists were made without apology, and the books were cooked with a dry-eyed cynicism. What's different about our current moment and the men (it is mostly men) who are angling to pick our pockets now is that many of them have actually convinced themselves it's for our own good and for the good of the nation.

They want to shaft us and be thanked for it. Their political ideology has trumped over economic fact. They actually believe their own b.s.

Flynn, good news but don't forget the worst tax bill is going to be voted on. So stay focused and call your representative to tell them this bill is not for the middle class and hurts the elderly and poor pic.twitter.com/w3AuWtY1gL

That's interesting because there is clear historical precedent for that. When ideology outweighs reality, when it makes no concession in pursuit of itself, things can get weird.

Just look at Britain. Currently it seems to be under a kind of ideological gypsy spell.

It has become clear to almost all of us that the economic and political dangers of Brexit far outweigh any of its supposed gains. Yet still the British government, aided by the far right Democratic Unionist Party (DUP), are destabilizing their international relations, their already tottering economy and their hard won global standing to drop a portcullis on half a century of political progress in pursuit of a fever dream of lost sovereignty.

Ireland, looking ahead, has told the British that they are on a clear path to perdition. In response, however, they have told us to close our little mouths and look the other way as they set fire to their own currency and to the solemn agreements they have signed with us, securing peace in the North.

Trump's name is ironically well chosen. He is the symbol of our radical new era, one where being born rich trumps being born competent.  He's the face of age where derision trumps diplomacy, where ideology masks idiocy.

We're far from out of the woods yet.  The real tragedy is that we are here at all.

Read more: Will Joe Biden be the next target of sexual harassment allegations?