Celtic Woman returns with new album and new US tour

Celtic Woman's new "Postcards From Ireland" album and tour "is a real kind of like rebirth of what the group is known for," says member Muirgen O'Mahony. 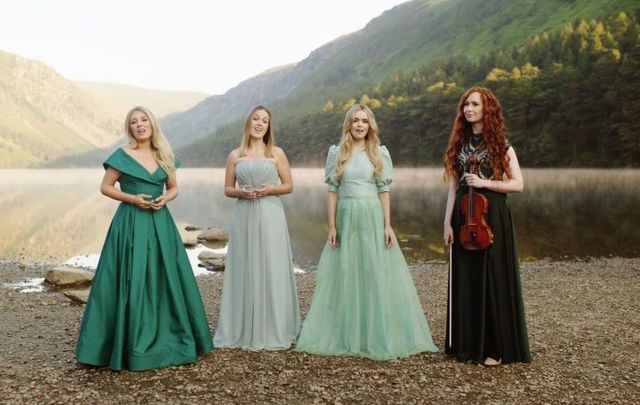 Celtic Woman return to our shores this month for the first time since 2019 with a new album, a new show, and a new tour.

The Grammy-nominated Celtic Woman, the most successful all-female group in Irish music history, is delighted to return to the US this month for an 83-city tour with a brand new studio album and DVD, titled Postcards From Ireland, to promote.

Cork-born singer Muirgen O'Mahony (pronounced Muirean) is the newest and youngest member of the band and she can't wait to get back on the road.

A fluent Irish speaker, she had been performing as an actor, singer, and instrumentalist for almost 10 years, after studying as a classical soprano at the Cork School of Music before then furthering her training in musical theatre at the Royal Academy of Music in London.

“Before Celtic Woman I had been working in musical theater and doing cabaret tours around the UK where I found my feet in big concert-style performances," O'Mahony tells IrishCentral.

"And now even though the kind setting I'm performing in has slightly changed, it's the same kind of music. Obviously, there's a wide spectrum of genres within our shows and frankly, it's great to just get to perform again at this kind of level now.” 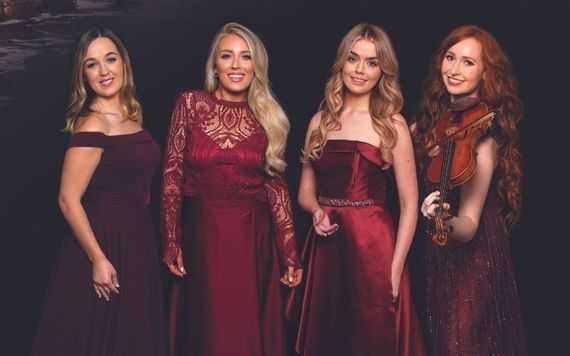 The pandemic curtailed their last tour and for a while, O'Mahony confesses – with a seriousness that other live performers share - it was even looking like she might have to pursue a different career path entirely.

“I suppose I'm just excited for people to see this production,” she says. “I mean, I joined the Celtic Woman group in June last year, so this will be my first ever tour with them, which is beyond exciting, but I'm just really excited for people to get to experience it. It's been a long two years of shows kind of starting and then stopping and people are not getting to do what they love and enjoy the art in the way in which they're supposed to be enjoyed.

“I have followed the Celtic Woman group my entire life and I feel like this album Postcards From Ireland is a real kind of like rebirth of what the group is known for. It has a real like traditional and I suppose, quintessential Celtic Woman element to it, but it is also definitely introducing a lot of much more contemporary elements as well.”

After a two-year-long hiatus, in which the future of the performing arts themselves often looked in doubt, it's been refreshing to come back to something and have it take a new direction, O'Mahony says.

“There is a definite new energy to the songs and the show. I'm really excited for people to get to see it in the flesh because I think it's gonna be really powerful and quite emotional as well.”

The band's 16 year legacy as a ten million CD and DVD selling group has also seen it serve as a major springboard to the US market for some of the most talented singers and musicians the country has produced this century.

Here in America, it has also been a cultural lifeline for many Irish Americans who love Irish music and the culture and who have been prevented by circumstances in recent years from visiting home or attending the band's concerts.

“There's such a huge connection between Ireland and the U.S. and so many people who maybe would have visited Ireland quite regularly just haven't been able to do so in recent years,” O'Mahony says. “And so I think just kind of reforming that deep connection to the place and its culture would be something that would be really special after the pandemic.”

Named Celtic Woman to represent what they call the essence of a Celtic female performer, the group made its American television debut in early 2005 with a self-titled PBS concert special, which captured their sold-out performance at the Helix in Dublin. Immediately thereafter, Celtic Woman's debut CD reached number one on Billboard's World Music Chart.

If ever there was a hint from the universe that you have found a winning formula, this was it. Since then, Celtic Woman has performed for three US Presidents and appeared twice at the White House, including at the 2009 National Christmas Tree Lighting.

The group was later seen by 23 million viewers when performing on ABC-TV's Dancing with the Stars, as well appearing on numerous other television shows in the U.S. and internationally.

But the poignant thing about all that stratospheric success is that it predates the pandemic. There is a distinct before and after aspect to this musical journey that the band and O'Mahony are only too well aware of.

“And I just think that performers are so like hungry to take to the stage again, and they are just so grateful and very lucky to be back. I mean, around the month of May last year I really was kind of coming to the decision that I was going to step away from it all just because I really couldn't see a way forward creatively and practically and financially and everything else,” she confesses. 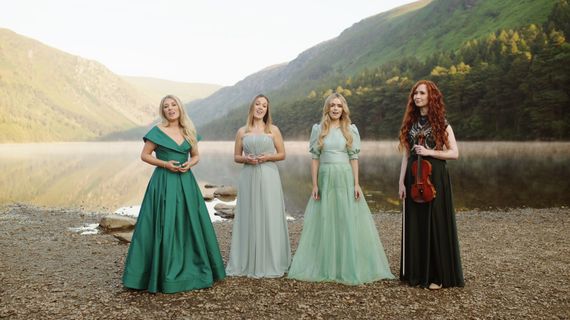 “It just that there was no kind of plan in place for performers, particularly here in the UK. There was no vision for the arts, there just didn't seem to be a light at the end of the tunnel. So I really kind of was considering taking a different direction career-wise. That's why it's so restorative and exciting to now be embarking upon this."

"I know it sounds like a cliche, but it has always been kind of a dream job for me. And to finally get to do it in the United States is like completely unbelievable. And as you say, there does seem to be a new kind of energy and focus guiding those Irish people who are so fortunate to be getting back to what they have trained for!”

Giving life to the 13 brand new songs on the album the new tour launches on February 22 in Pensacola, Florida before stops in Baltimore, Atlanta, Philadelphia, Chicago, Houston, Los Angles, and here in New York City. The full tour schedule is available at CelticWoman.com.