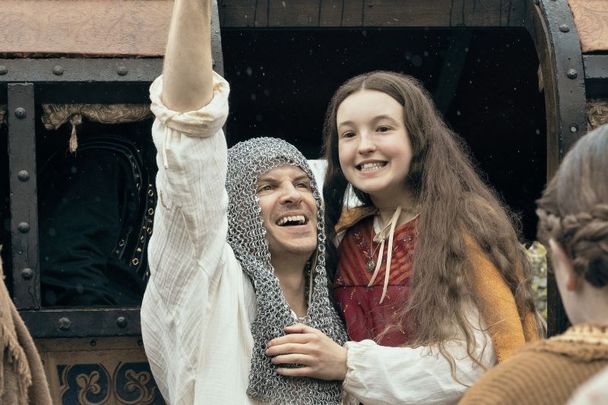 Coming-of-age tales are best when they involve more than just their self-centered star.

But someone forgot to tell director Lena Dunham, who just cast Andrew Scott, one of Ireland's most talented leading men, in her navel-gazing tale about a girl stepping into herself.

In this girl power coming-of-age tale, other people's struggles may get a little look in here and there, but there will never be any doubt who the main character is (it's Bella Ramsey, because she will never stop reminding us).

Look, this film doesn't pretend to be Hamlet. It's a comic book story about a girl finding her feet in the Middle Ages, when women – even high-born ones like Lady Catherine, also known as Birdy - have fewer rights than the average fence post.

As the 14-year-old protagonist, Bella Ramsey (best known for the turn in "Game Of Thrones") plays free-spirited Birdy with great conviction, making us root for her from her first appearance.

The problem is the script and the direction. Although the film acknowledges that there are indeed other people in the world, it doesn't for a moment pretend to find them half as interesting or sympathetic as Birdy herself, so it simply notes their existence and sometimes even hints at some of the oppression they face before the camera turns its gaze right back to the main event herself.

It doesn't help that Ramsey is such an obvious star. She steals scenes out from under her co-stars with the same practiced ease we first witnessed do so on "Game of Thrones." So it may be a little churlish of me to lament that she carries the whole film on her young shoulders when the script and direction leave her little choice.

Dunham has cast incendiary Irish stage and screen star Andrew Scott as Birdy's father, married to Billie Piper as Lady Aislinn, no less. This is a dual powerhouse of acting skills that goes underappreciated and underused almost throughout the film, when in fact their storylines are among the most interesting in the film.

Scott plays Lord Rollo, a man of expensive taste and dwindling purse, who flounces around in expensive silk dressing gowns in between bouts of drinking and carousing as his devoted – and frequently pregnant - wife indulges his every whim.

As written, Lord Rollo is more of an outline than a character but Scott brings so much voltage to his scenes that the tone changes, and at times, he seems to act in a different and much better film.

But before you can say oh my goodness this is going to be so much more involving than I anticipated, Dunham introduces a modern pop song into the story to remind us that this is a fairy tale about a young woman's – her own? - coming of age.

We will have none of that adult complexity, you almost hear her shout through a megaphone. Let's have a dance and bring in the dashing Joe Alwyn on his prancing pony to get the tween demographic hyperventilating instead. 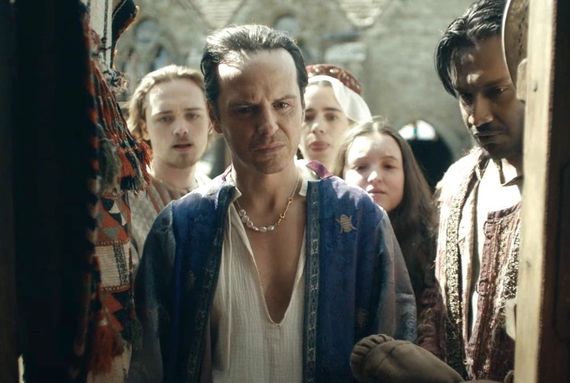 Still, though, Scott won't be denied. He gives Lord Rollo more depth than this flimsy girl power story could have hoped for and he's superb in every scene. When his bookkeeper (who is Black) warns him that he is throwing away his fortune on his lavish lifestyle, Lord Rollo does what any father in the Middle Ages always seems to – he sets up an advantageous marriage of his 14-year-old daughter to an old, rich lecher twice her age.

"Catherine Called Birdy" has several Black people and even one gay person in the story set in 1290, which sounds progressive until you see that they mostly function as plot points for the irrepressible main charterer and they discreetly vanish the moment those points are handily resolved.

So it's not so much a director's blind spot as a blind canyon. The main weakness in the script is usually a historical one. Who turns to the Middle Ages in England to tell a thrilling story about female empowerment? It's not only ahistorical it's frankly dishonest.

Yes, there is undeniable value in reconfiguring the past to inspire the present, but if that's your transformative ambition then why not lift up all the ships instead of mainly just one? Glossing over the outcomes of the other characters in the film looks a bit like excluding or marginalizing them in service to the bigger story of yourself.

This is also the most obviously bourgeois Middle Ages cast ever committed to film. Most of the actors – including the young goat herd - sound like they studied fencing and aikido at the most prestigious schools in England, whereas one of the only working-class accents that we hear at all belongs to an old lecher who plans to marry Birdy in exchange for a pot of gold. What that suggests is that the upper-class people have lives and the lower-class people simply have orders and appetites.

Scott is dependably superb as the man who is trying to make hard choices for the greater good, but it turns out his heart is made of the same spun gold as his flashy outfits, and what looks like a tragic ending is saved by his lion heart.

But the people that I really found myself wondering about were the second-tier supporting actors in this coming-of-age tale who are given short shrift by the script, followed by their all too tidy endings that seem crafted to make Birdy sigh with deep satisfaction at her own fabulousness broadmindedness.

Self-congratulations is the top note of this 'look at me, aren't I great' story and so when Birdy isn't being praised she's usually praising herself for her own spirited resistance to the boring patriarchal world of men that cramps her style. 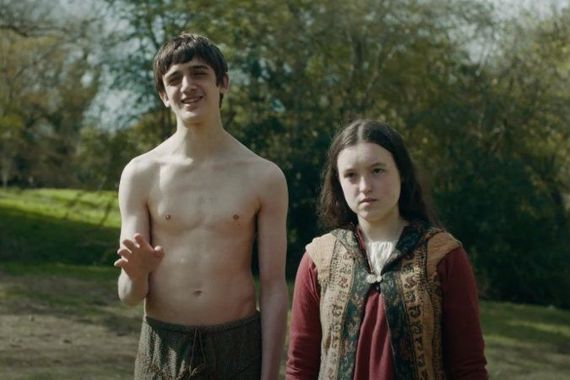 If this is feminism, it's of the most self regarding kind, where other people's problems are backgrounded and blandly inspirational messages about finding your own feet in an unfair world are foregrounded.

It has about as much bite as a set of discarded dentures in other words and that sheer lack of bite betrays both the characters and the quality actors who signed up to star.

When a character gobbles up all of our attention, affection, thoughts, and admiration the way Birdy does that's often a hint that something may be amiss. "Catherine Called Birdy" is usually too busy with her own navel-gazing to notice she is not in fact the center of the universe, but you soon will.

"Catherine Called Birdy" opens in theaters on September 23 and then on Amazon Prime on October 7.