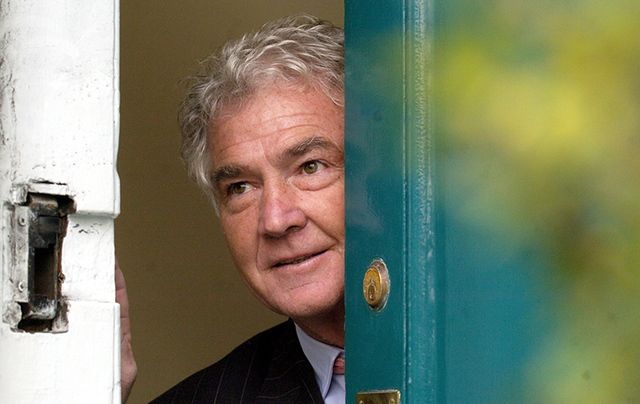 It went awfully quiet in Dublin’s political circles yesterday after news that Sean Fitzpatrick, the former chairman and chief executive of Anglo Irish Bank, had been acquitted of all charges.

The collapse of Anglo Irish Bank cost the Irish taxpayer €40 billion, imperiling the nation's economy and creating the largest number of Irish economic migrants since the Great Hunger.

You could have heard a pin drop throughout Leinster House, the seat of the Irish Parliament. No senior ministers raced to the front gates to give impromptu interviews to the waiting press or to express their grave concern.

FitzPatrick had faced 27 charges of misleading the bank's auditors and giving false information about multi-million euro loans made to himself and to an inner circle of people connected to him between 2002 and 2007.

But yesterday Judge John Aylmer ruled that the investigation carried out by the Office of the Director of Corporate Enforcement (ODCE), Ireland’s corporate watchdog, had failed to provide the kind of impartial, rigorously unbiased investigation that any accused party is entitled to.

It had become clear that key witnesses had been coached and the ODCE had failed to seek evidence of innocence as well as guilt, Judge Aylmer said.

According to Irish news website FORA, the ODCE accepts that the flaws that sank the Fitzpatrick case were entirely of its own making and that some of their investigators had “no training or experience” in taking witness statements at all.

The ODCE is reportedly suffering from “dangerously low staffing levels” having seen a 25% reduction in staff over the past six years, but the office did not offer a reason as to why it had been starved for resources over that period.

It also added that its lead investigator Kevin O’Connell, who had admitted to shredding multiple files relating to the case during a prolonged panic attack, had been suffering from ”significant mental health issues.”

Sean Fitzpatrick has been acquitted of all charges in the banking scandal that brought our country to it's knees. Fucking Ireland.

So added together it would appear that incompetence plus inadequate resources plus dangerously low staffing levels amounted to a dramatic acquittal. Who could have foreseen such a development?

In the aftermath of Anglo’s collapse Brian Lucey, a Trinity College finance professor, told the press that the Irish public felt “the republic has been raped, torn apart” by the bankers and their high flying property developing friends.

So the silence that accompanied Fitzpatrick’s acquittal contrasted sharply with the splashy campaigns recently announced by Leo Varadkar, the man widely tipped to lead Fine Gael as the next Taoiseach (Prime Minister).

Varadkar claimed last week that he wants to lead the party for “people who get up early in the morning,” which Irish commentator Eamon Dunphy blasted as code for the better off.

Whatever you think of Eamon Dunphy, he's spot on about Leo Varadkar (1/2)... #raydarcyshow pic.twitter.com/pg2AQnsAlV

In another questionable move recently Varadkar announced that if elected Taoiseach he would seek to ban public sector strikes in essential areas, which the National Bus and Rail Union instantly denounced as a Thatcherite ploy, adding they would upend the way industrial relations are carried out in the nation.

Given the latest developments it’s no wonder the levels of public cynicism and governmental mistrust have reached a crisis point. For a new generation coming to maturity in an age of transformational economic shocks, Ireland does not look like a country, it looks more like a country club. Our parliament is stuffed with a cosy cartel of old boys from our top tier private schools and our government is run as though it were a particularly exclusive adjunct of The K-Club.

For the Irish establishment’s elite inner circle no maleficence is so bad, no disaster so enduring, that it can not be forgiven and forgotten. For those on the outside however there is no welcome and no quarter given.

Meanwhile, speaking after the ruling on Monday Fitzpatrick told the press, "I want to say it was a very long and tiring and difficult time for my family, myself but thankfully today the trial is over. As you can appreciate it's a wonderful day for me and my family.”

But just think of all the families that were torn apart by the economic meteor strike that Fitzpatrick and his partners presided over.

The silence that echoed around Leinster Hall found an echo out on the nation's streets yesterday, but the sound heard may have been the final straw snapping.

Read more: Lookout Mike Pence! The new Irish leader is set to be a gay man