Why don’t the Irish talk about emigration and Coming Home?

What happened to the Irish who left after the 2008 crash? What happens when older emigrants who have lived abroad for years finally return? 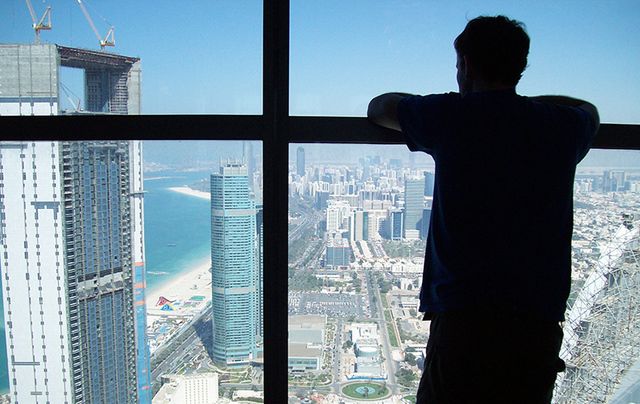 After the Irish banking collapse in 2008, filmmaker Cathal Kenna watched tens of thousands of his compatriots leave Ireland for unplanned new lives abroad. What happened to them after they left, he wondered? And what happens when older emigrants who have lived abroad for years finally return? He tells Cahir O'Doherty about "Coming Home," his debut feature that asks why don’t the Irish talk more about emigration and return?

It all started back in 2008 when many of film director Cathal Kenna’s friends and family packed their bags and left Ireland over a short period of time following the banking collapse.

They emigrated to places like America, the U.K., the Middle East, Australia and New Zealand. “I was completely taken aback by that,” Kenna, 38, told our sister publication the Irish Voice. “My formative years were in the late eighties and nineties and I had no memory of the recession that Ireland had gone through.”

In the nineties and beyond things were rosy, Kenna says. “We had the Celtic Tiger economy and I thought the days of mass emigration were just a thing of the past. So when the collapse happened I was shocked, and I became interested in finding out what life was really like for my family and friends abroad.”

Kenna was one of the lucky ones left behind with work and opportunities. But the suddenness and the sharpness of seeing people just up and leave struck him. He knew he wanted to make a film about their experiences, and "Coming Home" is the result.

“I think Irish people are very resilient when they emigrate and making this film has taught me to have great respect for anyone who takes that path. I don't think people back here in Ireland fully appreciate the sacrifices that people make when they go on that journey. I want to help change that,” he said.

Back home in Ireland, those left behind resolve to get on with life and make the best of what they can, Kenna says.  If they forget those who leave it’s partly a survival mechanism. But Kenna found he could not let go because the numbers leaving were massive.

After 2008, at least 200,000 people packed their bags and left the country in an island with only six million people. “It’s a huge change and there’s lots of knock-on impact for the people who stay behind,” he says.

For returning emigrants there are challenges too. “I think the problem for many of them is that they come back to Ireland hoping to find the country they left, but that place is long gone and they’re never going to get to return to it. That realization opens up a raft of emotions, and leads to knock-on considerations for them and the people they come back to.”

“In the film I speak to a lady who came back from Massachusetts after three decades away. She felt that in her dealings with people when she came back to Ireland that they essentially were dismissing the previous 30 years of her life when she’d been away and she found that very difficult to deal with,” Kenna says.

“As she says herself, ‘That’s my life. It’s the one I’ve been living. They don’t recognize it. There’s no malice there but they tell you you’re back now just get on with things.’”

To find participants to interview for "Coming Home," Kenna posted ads and he contacted various Irish societies. After that he traveled around the Irish emigrant centers, the sporting events and even the pubs.

The most shortsighted thing the Irish ever do is write our emigrants out of the picture, he discovered. As soon as they step on board an Aer Lingus flight and off the island they are lost to history. The door closes, the path runs out.

“I don’t think there’s any malice or bad intention behind it. The people left behind just decide to make the best of it and move on. The New Yorker writer Malcolm Gladwell visited Ireland in the eighties and he said, as an outsider looking in, that there was actually a massive hole or gap in our demographic that we don’t seem to see. I think we lose out over that because our diaspora is a huge resource that’s scattered across the world and I think we don’t utilize it.”

Nowadays we have Skype and WhatsApp and other ways to stay in contact with Ireland, but there’s still a profound disconnect that harms us all. “There is finally an Irish diaspora discussion that’s taking place in May in Dublin Castle and it’s being hosted by the Department of Foreign Affairs. I think we are all beginning to catch on and to nurture those ties at last,” Kenna feels.

One returning Irish couple that Kenna interviews in his new film are in their mid-seventies. When Jimmy Hayes met Mary Lloyd they were teenagers in Ireland and they dated until a misunderstanding drove them apart. Both then married other people and lived long happy lives away from each other until their respective partners died.

Jimmy Hayes and Mary Lloyd, reunited after 54 years apart, moved back to Ireland together from the U.K.

When they met up again after a 54-year hiatus, any anxiety they had about how the years would have changed them melted away, especially after they visited their old haunts in Ireland, where they have since retired together, back to the same town where they once went walking together in the 1950s.

“Life is too short, why not be happy,” she says.

Jimmy and Mary’s experience reminded Kenna that he didn’t have a clue how big of a deal it is to leave Ireland and move away and start over. “It’s a massive challenge. I learned that when people come back they find the time they spent away often doesn’t get the recognition it deserves too,” he said.

In fact it’s almost as if a parallel universe opens up on both sides, he adds. Those who leave wonder what would have happened if they’d stayed, and those who stay wonder the same. And that’s a tough one because those questions stay with you throughout your whole life.

What are the things that Kenna discovered emigrants miss the most? “They talk about being among their own. There’s a sense of belonging, comfort and peace that can put a person at ease. It’s very easy to overlook or underestimate how powerful that can be,” he offers.

“Something as simple as a shared sense of humor and the having the craic. There are a hundred little things that can happen in a given day here that all add up to a feeling of belonging.”

Kenna says he wants people to see the film and discuss what people say in it.

“If you’ve gone away and are thinking of coming back I think it would be a really helpful tool. Also people who know in their hearts they will not be coming back might find it helpful too,” he says.

“I want everyone to see the experiences that Irish people actually have and to discuss the sheer range of them to see if we can find more fulfilling ways to leave and come back. It’s time we finally did.”