Poll: Does Ireland care too much about the British Royal family? 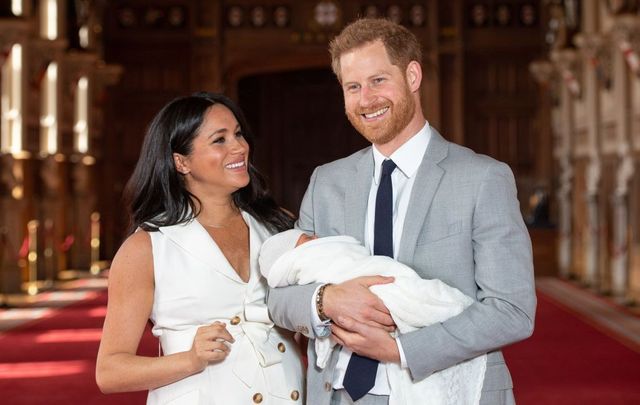 Prince Harry, Duke of Sussex and Meghan, Duchess of Sussex, pose with their newborn son Archie Harrison Mountbatten-Windsor during a photocall in St George's Hall at Windsor Castle on May 8, 2019, in Windsor, England. The Duchess of Sussex gave birth at 05:26 on Monday, May 6, 2019. Dominic Lipinski - WPA Pool/Getty Images

Meghan Markle and Prince Harry's first child was all over the news in Ireland (and across the world) but should we be celebrating the British monarchy in this way?

Archie Harrison Mountbatten-Windsor was Wednesday's biggest story (as well as some Barr guy?) and even in Ireland, which only won its independence from the British colonizers less than a century ago, people were eager for news of the latest British royal baby.

Yes, while Meghan Markle and her Irish roots have already made her something of an Irish Amerian darling of her, news of the actress and Prince Harry's first son took things into overdrive as the world went royal baby crazy.

While it is nice to celebrate a bit of good news once in a while, does Ireland take it too far with their need for news on all-things royal? Some will argue that welcoming a new life to the world is full of joy but is it really acceptable when the baby is born into a family whose privilege came at the expense of the Irish people and millions of others in their colonies across the world.

Have your say in our poll and feel free to leave us your thoughts in the comments section, below.