Why is Meghan Markle and Prince Harry's baby's surname Mountbatten-Windsor?

With the royal baby name reveal many of you may have been confused by the royal last name Mountbatten-Windsor. 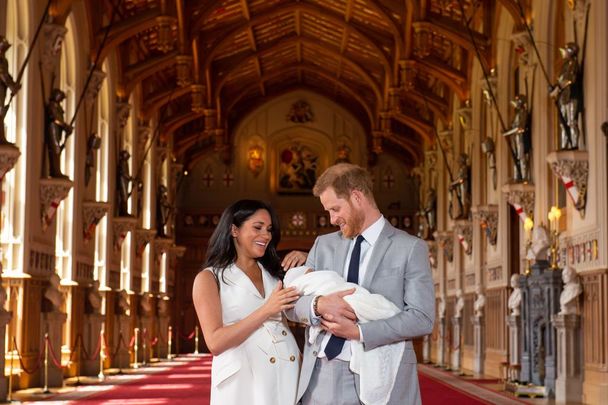 Prince Harry, Duke of Sussex and Meghan, Duchess of Sussex, pose with their newborn son Prince Archie Harrison Mountbatten-Windsor during a photocall in St George's Hall at Windsor Castle on May 8, 2019, in Windsor, England. The Duchess of Sussex gave birth at 05:26 on Monday, May 6, 2019. Dominic Lipinski - WPA Pool/Getty Images

Welcome to the world, Archie Harrison Mountbatten-Windsor! Meghan Markle and Prince Harry have revealed the royal baby name of their first child on Instagram with an adorable picture of little Archie meeting his great-grandmother Queen Elizabeth II for the first time.

With the royal baby name reveal, however, many of you may have been confused by the royal last name Mountbatten-Windsor. While many of the British Royal family simply go by their first name alone, it's generally known that the royal family surname is Windsor.

So where does Archie Harrison's surname Mountbatten-Windsor come from? We explain below:

The Duke and Duchess of Sussex are pleased to announce they have named their first born child: Archie Harrison Mountbatten-Windsor This afternoon Their Royal Highnesses introduced Her Majesty The Queen to her eighth great-grandchild at Windsor Castle. The Duke of Edinburgh and The Duchess’ mother were also present for this special occasion. Photo credit: Chris Allerton ©️SussexRoyal

Why is the Royal last name Mountbatten-Windsor?

Queen Elizabeth was born a Windsor in 1926 but the British family only used the last name Windsor from 1917 onward, when her grandfather King George V switched the family name from Saxe-Coburg-Gotha to head off anti-German sentiment during World War I.  Before this, the royal family had simply gone by their first name and the name of the house or dynasty to which they belonged.

When did the royal surname change to Mountbatten-Windsor? 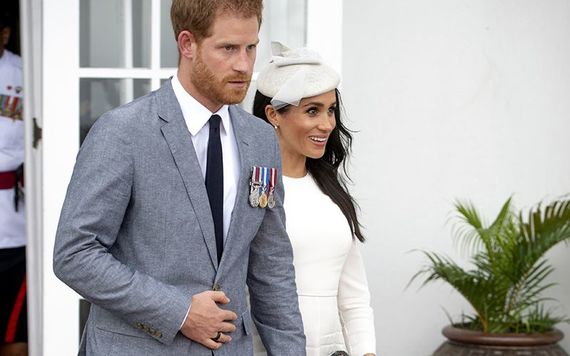 The British Royals changed their last name to Mountbatten-Windsor after 1947 when Queen Elizabeth married Lieutenant Philip Mountbatten (now generally known as Prince Phillip) and when she ascended to the throne in 1952.

She made an adjustment to the naming decree adding in her husband's surname.

Who uses the surname Mountbatten-Windsor? 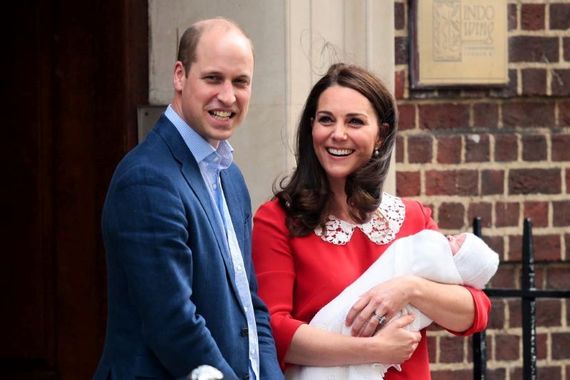 “It was therefore declared in the Privy Council that The Queen’s descendants, other than those with the style of Royal Highness and the title of Prince/Princess, or female descendants who marry, would carry the name of Mountbatten-Windsor,” the official royal website reads.

Who was Lord Louis Mountbatten?

The most famous of the Mountbattens is most likely Lord Mountbatten, who was killed by the IRA in 1979.  Prince William named his third child, a son Louis, in remembrance of his father Prince Charles' much-beloved great-uncle.

While Lord Mountbatten was an uncle of the Queen's husband Prince Phillip, he was also a distant cousin of the Queen's, as a great-grandson of Queen Victoria.

Mountbatten and three members of his holiday party died while lobster fishing when the IRA blew up his boat on August 27, 1979, with a 50-pound bomb they had planted on the vessel the night before.

Mountbatten and his family were regular annual visitors to the quiet holiday and fishing resort of Mullaghmore where they stayed at Classiebawn Castle.

Since the attack which claimed his life and that of three others in his party, questions have been repeatedly raised over the wisdom of a high-profile English royal holidaying anywhere in Ireland, let alone so close to the border, at such a politically turbulent time.

What do you make of the new royal baby name? Let us know in the comments section below.