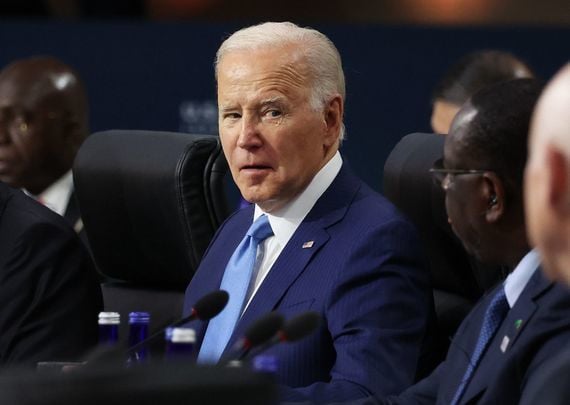 Back in October, during Hispanic Heritage Month, President Joe Biden took a moment to honor some of the folks who helped build America.

“That’s who we are,” Biden said. “We are a nation of immigrants.”

This might seem like a good time to call out ol’ Joe as some kind of hypocrite.

On Sunday, the president paid a visit to the U.S.-Mexico border in an effort to plug the various holes that have allowed thousands of refugees into the U.S. on a daily basis.

As CNN noted, “The trip to the border – the first for Biden since he took office – comes as the administration wrestles with a growing number of migrants, overwhelming federal and local resources. Republicans, some border-district Democrats in Congress, and even Democratic mayors have criticized Biden for failing to address record levels of border crossings.”

A lot of rules are tightened under the guidelines Biden is looking to implement. To some, these undermine America’s traditional role as a haven for the tired, poor, huddled masses.

Sure, Biden deserves some blame for America’s immigration mess. Along with the 300 million other souls who call America home.

And some of them need to be reminded that it’s not hateful for a nation to have borders.

Hateful is suggesting all immigration ruins America. That was a hateful idea when elites called it “race suicide,” and the “races” were from Ireland, Italy and Russia.

But just making sure people applying for citizenship don’t do widespread harm? That’s quite all right.

If it’s not, I’m wondering how certain folks would feel if 500 or so Venezuelans approached the border waving anti-abortion or anti-LGBTQ signs.

Meanwhile, the Fox News crowd can’t believe Biden – just like Obama – can restrict immigration without dehumanizing the immigrants themselves.
Where’s the fun in that?

And yet, even that’s not enough for some smarty-pants at Stanford University.

They recently undertook an Elimination of Harmful Language Initiative, according to which terms like “American” should go in favor of “U.S. citizen.”

After all, American “often refers to people from the United States only, thereby insinuating that the U.S. is the most important country in the Americas.”

Then there’s the word “immigrant.”

That should be ditched in favor of “person who has immigrated” or “non-citizen,” to, as the New York Post put it, “avoid referring to people by single characteristics.”

So, we are a nation of…persons who immigrated.

And there’s more terrible news from the nation’s college campuses!

Over at Minnesota’s Hamline University, the college’s president criticized a part-time teacher, who will not be asked back, for showing an image of the prophet Muhammad in class. Even though the teacher issued about 1,000 warnings.

“To look upon an image of the Prophet Muhammad, for many Muslims, is against their faith,” Hamline president Dr. Fayneese Miller was quoted as saying.

One assumes Catholics also will be able to spend four years at Hamline without ever once hearing or seeing anything “against their faith.”

Which is, of course, absurd.

But conservatives, often so loud in condemning “snowflakes,” are hardly better. Many are all for free speech until it’s a drag queen doing the speaking at a library.

And they are raising millions to rebrand some January 6 rioters as patriots.

For people who hate each other, the far left and far right have a lot in common!

That collective groan you heard last week may have been the nation’s response to reports that Biden was planning to run for president in 2024.