Reflections on the 1916 commemorations in Arbour Hill

There is something incredibly emotional about standing over the graves of 14 of the leaders of 1916 while Amhrán na bhFiann plays in the background. 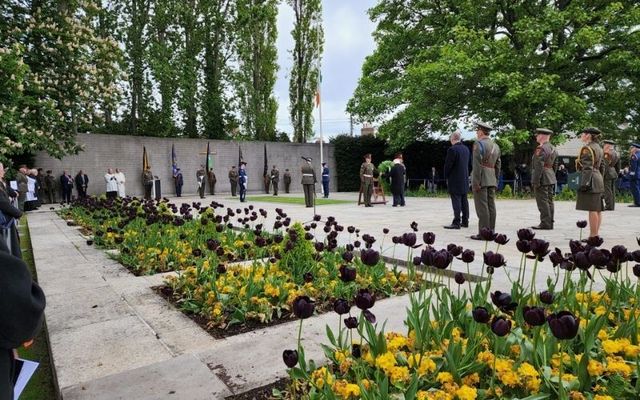 Michael D. Higgins lays a wreath at the Arbour Hill Cemetery on Wednesday, May 4. Shane O'Brien

Every year, the Irish State holds a small ceremony at the Arbour Hill Cemetery in north Dublin to commemorate the 1916 Easter Rising and the 14 leaders who remain buried in the cemetery.

The small event is limited to senior politicians, members of the armed forces, and relatives of those who fought over that historic week 106 years ago.

As two of my great-grandparents have been proven to have taken part in the Easter Rising, my family has been lucky enough to receive an invitation to the event every year for as long as I can remember.

I was fortunate enough to take my place in the Church of the Sacred Heart in Arbour Hill for this year's commemoration on Wednesday and left the event feeling incredibly emotional and deeply proud of my country's history.

The mass is, in reality, no different from a regular Roman Catholic mass, save for the fact that the readings and prayers of the faithful are done by notable politicians and members of the armed forces, but it is the poignant event that comes after the mass that really stirs the soul.

The congregation is invited to leave the church and walk through the cemetery to the final resting place of 14 of the executed leaders of the Easter Rising, passing through an avenue lined with Irish soldiers standing in silent salute. 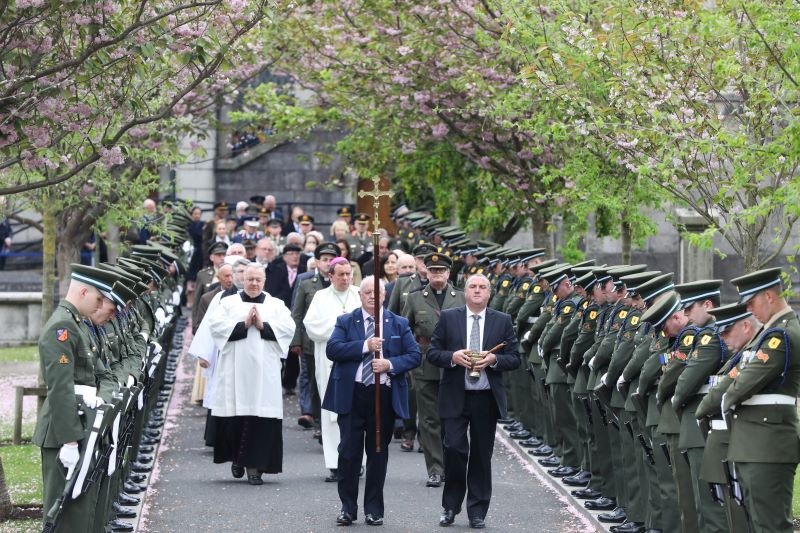 When the procession finally reaches the grave, representatives from every major religious order deliver an oration before President Michael D. Higgins lays a wreath in honor of the men and women who gave up their lives for Irish independence.

It is difficult to explain why, but it is deeply emotional to watch the tricolor being raised on a flagpole overlooking the grave as the army band plays a fitting drumroll.

It is even more emotional when the band strikes up the Last Post, which then seamlessly and suddenly blends into Amhrán na bhFiann.

I would argue that it is impossible for anyone with a drop of Irish blood to not become emotional as they stand over the site of 14 of Ireland's greatest heroes while the national anthem plays behind them.

I would also argue that every Irish person deserves to experience it at least once in their lives and it is a real shame that the event is, understandably, limited to such a small crowd.

But for anyone lucky enough to receive an invitation to any future commemoration, don't pass it up, it will be one of those things that you will remember forever.