Both countries moved up on this year's World Happiness Report, with Ireland ranking slightly ahead of the US. 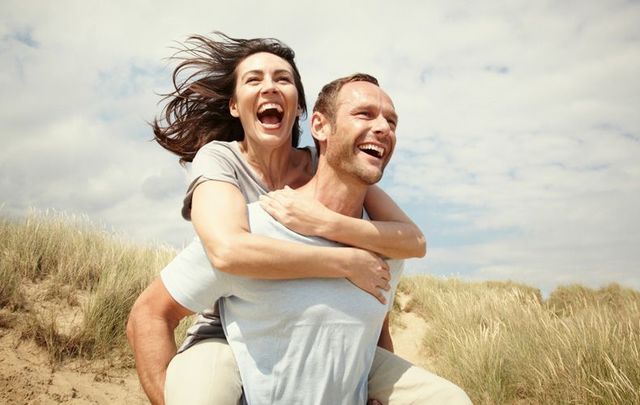 The World Happiness Report 2021 has been released. Getty

Ireland ranked only slightly ahead of the United States in this year’s World Happiness Report.

Both countries fared better this year than last, with Ireland moving up from 16th on the list in 2020 to 13th, and the US moving from 18th to 14th.

Finland remains the happiest country in the world for the fourth year in a row. It was followed by Iceland, Denmark, Switzerland, and the Netherlands, according to the report that was recently published.

The World Happiness Report, which was launched in 2012, is an annual survey conducted by the U.N.'s Sustainable Development Solutions Network. Powered by data from the Gallup World Poll, the results are based on levels of gross domestic product (GDP), life expectancy, generosity, social support, and freedom in 149 countries.

However, due to the pandemic this year, the researchers were unable to do face-to-face interviews, so the 2021 survey focused on the relationship between COVID-19 and well-being in order to rank the countries, reports Forbes.

According to the researchers of the report: "The World Happiness Report 2021 focuses on the effects of COVID-19 and how people all over the world have fared.

"Our aim was two-fold, first to focus on the effects of COVID-19 on the structure and quality of people’s lives, and second to describe and evaluate how governments all over the world have dealt with the pandemic.

"In particular, we try to explain why some countries have done so much better than others."

University of British Columbia professor John Helliwell, one of the contributors to the report, said: "Surprisingly there was not, on average, a decline in well-being when measured by people's own evaluation of their lives."

"One possible explanation is that people see COVID-19 as a common, outside threat affecting everybody and that this has generated a greater sense of solidarity and fellow-feeling."

Here are the top 20 countries on the World Happiness Report 2021:

The complete World Happiness Report 2021 can be found here.