Critics have claimed the Irish Government is using the measure to introduce ID cards by stealth. 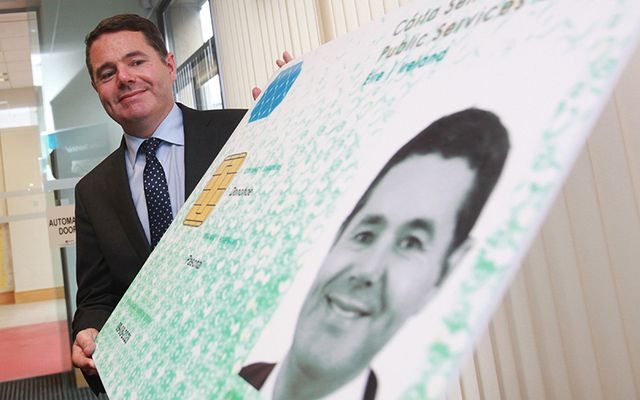 All applicants for Irish passports and driver's licenses will now need to produce a public service card to go with their application.

The move has been lambasted by critics who say the move is a step on the road to creating a national identity card “by stealth”.

Minister Public Expenditure and Reform Paschal Donohoe said the decision was made because of the “increase in acts of terrorism over the last several years.”

A statement from his department added that the move will “enhance protection against fraud and identity theft and to uphold the integrity of the Irish passport.”

Currently, only first-time applications resident in the Republic of Ireland are required to produce the card when applying.

Liam Herrick from the Irish Council for Civil Liberties cautioned, “We do not have confidence that existing privacy protections in relation to Government control of personal data are sufficient.

“While we are not in a position to give a conclusive legal view as [to] the legality of this policy, we regard this move as a material and fundamental change in the nature of the card system, and we would support [the] view that this is mandatory cards ‘by stealth’.”

The change is due to come into place for passports this Fall and for driving licenses in early 2018.

The Irish Passport Service told IrishCentral via Twitter (@PassportIRL), “There are no plans to extend the requirement to applicants who live abroad or in Northern Ireland.”

The public service card was rolled out in 2012. It is a requirement for those who receive social welfare payments from the state. Those who wish to obtain one must book an appointment at their local social welfare office and bring with them a passport and proof of address.

If you're interested in applying for an Irish passport, you can find all the information on the application process in IrishCentral's guide.