What new US "enhanced security measures" will mean for Irish travelers

Passengers traveling from Ireland to the US should now expect heightened screening of electronic devices before they travel. 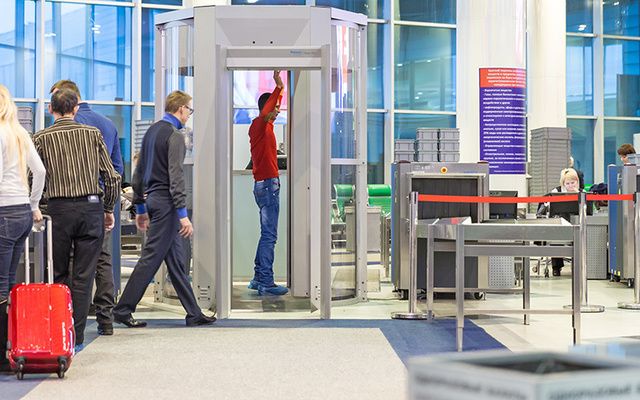 The US Department of Homeland Security are set to enhance security measures on all incoming commercial flights to the US in an attempt to prevent a further ban of electronics on flights, it was announced yesterday.

Secretary of Homeland Security John Kelly revealed that there will be heightened security standards on the some 2,100 flights coming into the US daily from 280 airports across 105 countries. It is believed that airlines will be given 21 days to put the relevant measures in place while having 120 days to implement further security measures.

The measures are being introduced in an attempt to prevent the need to implement an electronics ban on flights, a measure that was introduced in March in ten airports across eight countries, asking passengers to place electronic items larger than a cell phone in checked baggage instead of in carry-on bags.

“With this announcement, we send a clear message that inaction is not an option,” Kelly said.

“Those who choose not to cooperate or are slow to adopt these measures could be subject to other restrictions—including a ban on electronic devices on their airplanes, or even a suspension of their flights to the United States.

“However, we expect all airlines will work with us to keep their aircraft, their crew, and their passengers safe. I have spent months engaging with our closest allies and foreign partners on this issue, and many of them have expressed strong support for this effort.”

The security measures are said to include enhancing overall passenger screening, heightening the screening of electronic devices, increasing security protocol around aircraft themselves as well as the passenger areas in airports, and establishing further preclearance locations.

The Republic of Ireland is already one of the countries that offers pre-clearance through US immigration and customs in Dublin and Shannon airports, where passengers may already be asked to power on electronic devices to ensure that they are working and not packed with explosives. It is believed that this practise may become more common under the new measures.

Kelly stated that the new measures will be both “seen and unseen” and that they will be put in place without any further trouble for passengers attempting to get to the US.

“While the actions we are announcing today will improve the security of U.S.-bound flights, I am hopeful other nations will follow suit,” Kelly continued.

“Unless we all raise our security standards, terrorists—who see commercial aviation as the greatest takedown—will find and attack the weakest link.

“Together, we have the opportunity to raise the baseline on aviation security globally, and we can do it in a manner that will not unduly inconvenience the flying public.”

The new measures were announced on the same day that President Trump’s travel ban came into play, placing a temporary suspension on entry to the US for foreign nationals from Sudan, Syria, Iran, Libya, Somalia, and Yemen. The Executive Order “Protecting the Nation from Foreign Terrorist Entry into the United States” was implemented at 8 pm on Thursday despite last ditch efforts in Hawaii to delay it further.