Plans for Virtual Shamrock ceremony between US and Irish leaders on St. Patrick’s Day announced

The sitting Taoiseach traditionally attends a ceremony at the White House on St. Patrick's Day. 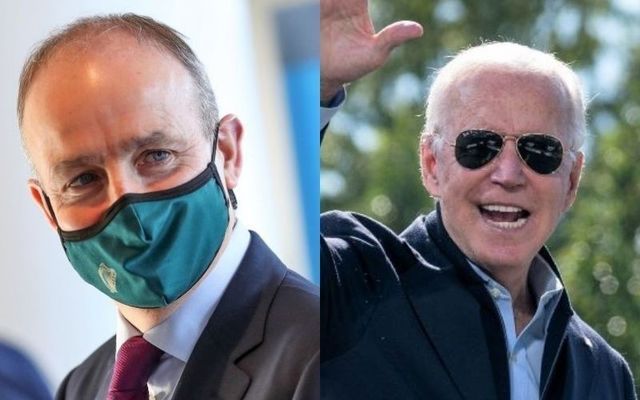 Taoiseach Micheál Martin has revealed that the Irish Ambassador to the United States is in contact with President Joe Biden's administration about how to mark the traditional meeting between Irish and American leaders virtually.

Martin said that the precise details of the virtual meeting still have to be ironed out but hinted at the possibility of a virtual shamrock ceremony.

The St. Patrick's Day tradition dates back to 1956 and the Taoiseach told the Journal that it would be taking place virtually this year due to the COVID-19 pandemic.

"We will mark the occasion of St Patrick’s Day, obviously virtually," Martin told the Journal.

The Taoiseach said that the traditional meeting between Irish and American leaders on March 17 was important and pointed to the fact that Joe Biden was the most Irish president since John F. Kennedy.

Martin also previously said that he would love to welcome Joe Biden to Ireland once it is safe to do so.

"We would love to have him in Ireland. We would give him a very warm welcome," Martin said. "There is a standing invitation to him and he is very keen to come to Ireland."

Biden has indicated that he will travel to Ireland on his first official state visit as US President and previously visited his ancestral homelands in Louth and Mayo in 2016 and 2017.