The names of the three suspected double murder-suicide victims in Lixnaw, Co Kerry have been released locally as police continue to investigate. 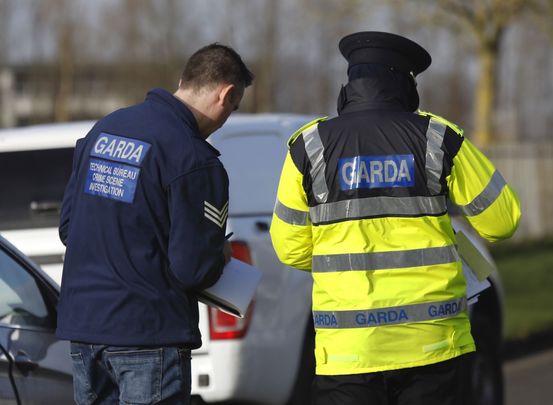 On Wednesday afternoon the police released a statement saying they "have commenced a criminal investigation into a fatal firearms incident which occurred at a domestic residence." RollingNews

Police believe Eileen O'Sullivan and her son Jamie were shot and killed in their home by her partner Maurice 'Mossie' O’Sullivan in a suspected murder-suicide in Kilfeighney, near Lixnaw, in Co Kerry.

The three bodies have now been removed from the scene in Co Kerry, having been discovered on Tuesday evening.

Eileen's body was discovered by a neighbor who alerted the police while Mossie's body was then discovered at the rear of the property by gardai, where a gun was recovered, the Irish Mirror reports.

On Wednesday afternoon, An Garda Síochána released a statement saying that Gardaí in Listowel have commenced a criminal investigation into the fatal firearms incident which occurred at a domestic residence near Lixnaw, North Co Kerry.

The statement said: "At approximately 8.30 pm, yesterday, Tuesday 7th September, Gardaí in Listowel received a call from a member of the public concerned for the residents of a domestic dwelling at Kilfeighney, Lixnaw.

"The body of a female (56 years)  and a male (24 years) were subsequently discovered in the house.  Both bodies appear to have suffered gunshot wounds.

"In a follow-up search of the outdoor site, the body of a male (63 years) was discovered at the boundary of the rear yard, also with gunshot wounds.

"A firearm was recovered in proximity to his body.

"The scene has been preserved overnight and this afternoon the Garda Technical Bureau has commenced a forensic examination, this examination is ongoing.

"The bodies of all three persons have been removed to University Hospital Kerry, Tralee where state post mortems will take place.

"The result of the post mortem will determine the course of the investigation but preliminary findings are that all three persons died as a result of the gunshot wounds.

"An Garda Síochána is not looking for any other person in relation to this investigation, at this time.

"An Garda Síochána is also conscious of the severe impact this incident has on the tight-knit community here in Kerry and we are appealing to this community or any other persons who may have any information in relation to the tragic events in Kilfeighney, Lixnaw to contact investigating Gardaí at Listowel Garda Station on 068 50820, the Garda Confidential Number 1800 666."

“We have a lot of unanswered questions in an incident of this nature.” pic.twitter.com/aO5kUqWBjO

It's has been reported that Mossie was a former bus driver and sheep farmer.

24-year-old Jamie is said to have played underage GAA for Crotta O'Neills. He had recently starting to work from an exporting company in Killarney.

A woman who went to school with Jamie said she felt "sick to the stomach" when she heard about his death last night. She told the Cork Beo "everyone who knew him from school is in shock right now."

A former classmate said that she is in "complete disbelief" to learn of his death.

"He was lovely, just the loveliest person, I knew him for years and he was so sweet in school, no one can believe that this has happened," she said.

The parish priest, Father Anthony O'Sullivan, told the Mirror: "I said prayers at the house. I got a call and the guards said no problem and let me up. I prayed to three people and said prayers for the dead.

“So look you don’t expect that. My heart is broke. I've been impacted with disbelief that this has happened.

“We’re in shock and numb. There’s a sense of unreality with this locally.

“It’s a tragedy. People are numb with shock. It’s a good community, a caring community, and people's hearts are broken."

“This is absolutely horrendous, it has shell-shocked the entire community,” said Mayor of Listowel Municipal District Cllr Mike Kennelly (FG) told the Kerryman.

“We send our support to the extended families on both sides of this terrible event. Unfortunately, we have read about events such as this happening elsewhere in our society over the past couple of months. But until something like this happens on your own doorstep, here in North Kerry, you don’t realize how gut-wrenching it is."