Viagra, which is largely produced in Co Cork, could cut the risk of Alzheimer’s disease in half, researchers in the US have found. 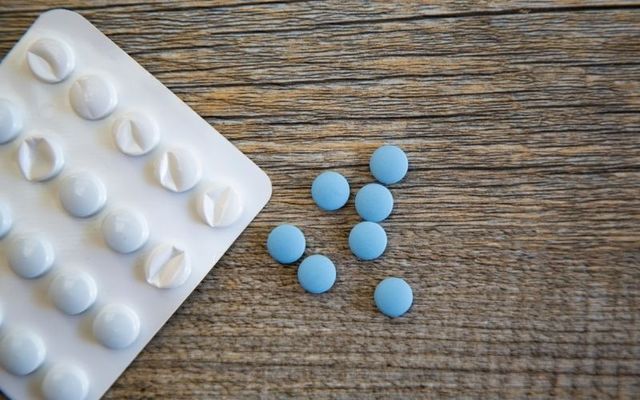 Could Viagra lower the risk of Alzheimer’s disease? Getty

A new study has found that Viagra medication, which is largely produced in Co Cork, could potentially reduce the risk of Alzheimer's disease.

Researchers from the Cleveland Clinic's Genomic Medicine Institute in the US have found that using Viagra was associated with a 69 percent reduced risk of Alzheimer’s disease when accounting for other factors such as race, age, and sex.

The findings, published online Dec. 6 in the journal Nature Aging, came after the experts analyzed insurance claims data from more than seven million people and used computer modeling to look for drugs that might target areas in dementia.

They found that men on Viagra (also known as sildenafil) had a substantially lower risk of Alzheimer’s disease, and called for more research into its potential use.

Hundreds of millions of people are affected by Alzheimer's around the world and there is currently no effective treatment.

The authors of the new study said they cannot definitely say there is a causal relationship between Viagra and Alzheimer’s, but called for this to be tested in a clinical trial.

Viagra was originally designed as a heart drug but doctors also found it improved blood flow to the penis.

Pfizer brought it on to the market in 1998 and the drug proved very lucrative for the US firm. The vast majority of the world’s supply of Viagra is manufactured by Pfizer in Ringaskiddy, a small village in County Cork.

Lead investigator Dr. Feixiong Cheng, from the Cleveland Clinic's Genomic Medicine Institute, explained, “Because our findings only establish an association between sildenafil use and reduced incidence of Alzheimer’s disease, we are now planning a mechanistic trial and a phase II randomized clinical trial to test causality and confirm sildenafil’s clinical benefits for Alzheimer’s patients.”

If clinical trials are carried out, Viagra would join a growing list of approved drugs that researchers hope to "repurpose" as treatments for Alzheimer's.