Around 800 babies are thought to be buried at the Tuam Mother and Baby Home. 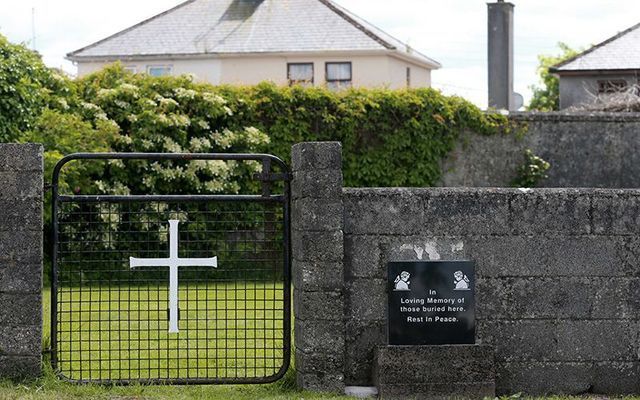 The site of the former Mother and Baby Home in Tuam. Rolling News

The Vatican has indicated that it supports re-interring hundreds of babies and toddlers who died in the Tuam Mother and Baby Home throughout the 20th century.

Archbishop Jude Thaddeus Okolo, the Vatican's Ambassador to Ireland, said in a letter to amateur historian Catherine Corless, who is behind the campaign, that he supported providing a proper Christian burial to all babies who died at the home.

Corless wrote to Okolo on July 13 and asked him if he agreed with exhuming the babies in Tuam and giving them a proper Christian burial.

"My query to you is, as papal nuncio, do you think it proper in the name of Jesus to allow these little souls (they are all baptized) to be left in a sewage tank, or do you agree that they be exhumed and given a Christian burial," Corless said in the letter to Okolo.

The Vatican's Ambassador responded two days later on July 15 and quoted Michael Neary, the Archbishop of Tuam, who has said that re-interring the bodies at the site of the mother and baby home is a priority for him.

Corless has since shared Okolo's letter with the Associated Press.

"It is my conviction that through sincere love, a calm mind, clear-sightedness and mutual understanding, everyone concerned can cooperate to rectify the mistakes of the past," he said.

Corless uncovered the death certificate of 800 children who died in the Tuam Mother and Baby Home but couldn't find corresponding burial records.

Her research led to the foundation of the "Mother and Baby Homes Commission of Investigation" in 2015 and excavations at the site in 2017 found significant evidence of human remains.

DNA analysis confirmed that most of the remains ranged from foetus's to three-year-old toddlers and that most remains dated back to the 1950s.

The Tuam home, which was run by the sisters of the Bon Secours order of Catholic nuns, operated from 1925 until 1961. Hundreds of children at the home died of malnutrition and infectious diseases and were subsequently buried in a mass grave at the site.

Former Minister for Children Katherine Zappone announced in 2018 that the Tuam site would be exhumed following the publication of the commission's report.

However, the commission's report has been delayed time and time again and the site has remained intact.

If the commission decides against exhuming the site, Archbishop Neary has promised to bless the ground where the children are buried.

Pope Francis additionally expressed his horror when he learned about the site during his visit to Ireland in 2018 and he urged Irish priests to "seek a cure, reparation, and all that is necessary to heal the wounds and give life back to so many people."