Taoiseach Leo Varadkar pointed to evidence that there was a COVID-19 case in France last December and said that virus could have come into Ireland from there. 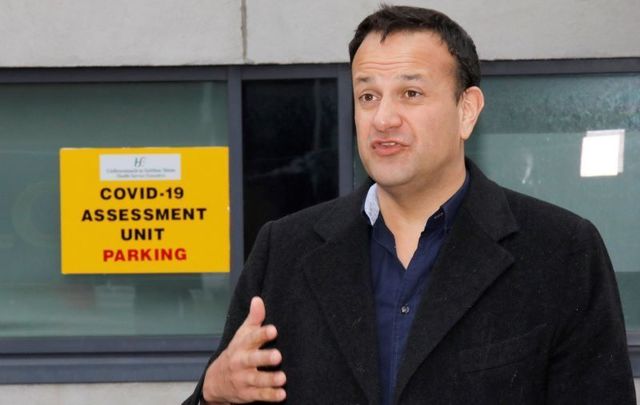 Taoiseach Leo Varadkar made the comments in the Dáil Eireann on May 7. RollingNews.ie

Taoiseach Leo Varadkar said that COVID-19 could have been in Ireland as early late last year or January.

Varadkar made the comments during a speech in the Dáil Eireann (Irish parliament) on Thursday, May 7, and said that it should not be presumed that the virus came to Ireland directly from Italy.

Ireland is currently undergoing retrospective testing to learn more about the novel virus and Varadkar said that it was "very possible" that the virus was in the country last December or early in January.

In the Dáil on Thursday, Varadkar said: "We're still learning about this virus. It's noteworthy that initial reports suggest that from retrospective testing, that the virus was circulating in France as far back as December last year.

"That's before the virus even had a name, or a test for it.

"Indeed, it is very possible that this virus was already in Ireland last year, or January this year, and we should not assume that it came here from Italy in late February just because the first confirmed case did so.

"Further research and retrospective testing will give us a better idea, and time will tell."

French doctors claim that a patient treated for a fever, dry cough, and breathing difficulties on December 27 actually had coronavirus. The patient exhibited symptoms of the virus almost four weeks before the first case of COVID-19 was officially confirmed in France on January 24.

The Taoiseach's comments come after the Department of Health reported an error in its retrospective testing that claimed a nursing home resident died of COVID-19 two weeks before the virus was officially diagnosed in Ireland.

The error stated that a nursing home resident died of COVID-19 in mid-February - almost two weeks before the Irish Government confirmed the first case of the virus in Ireland and more than a month before the first official COVID-19 death in a residential care facility.

However, the Department of Health also confirmed that there were 30 'probable' COVID-19 deaths in Irish nursing homes in Ireland between February 24 and March 29 - the date of the first confirmed nursing home death.

Read more: Tánaiste says pubs reopening ahead of schedule in Ireland “a possibility”