Simon Coveney said today that unrestricted travel from the US to Ireland would be dependent on proof of vaccination. 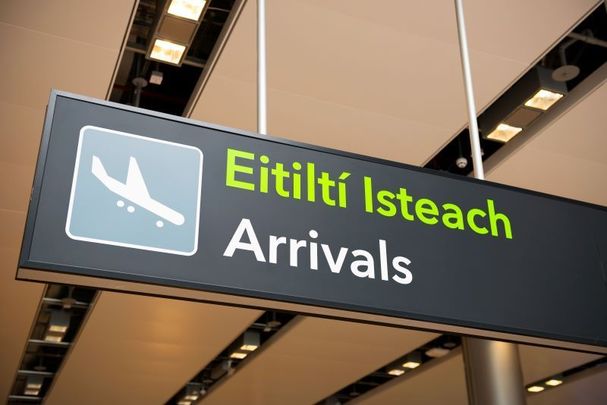 The Irish government plans to publish a memo on international travel next week. Getty Images

Simon Coveney, Ireland’s Minister for Foreign Affairs, offered a bit of hope for vaccinated US travelers while speaking with Ciarán Madden, the Consul General of Ireland, in a virtual conversation with US-based Irish and Irish American figures on May 18.

When asked when can we expect movement on international travel into Ireland, Minister Coveney said it will likely depend on vaccination and the ability for travelers to prove vaccination status.

Coveney stressed that the Irish government has yet to formalize plans on reopening unrestricted travel between the US and Ireland, but he anticipates plans being published next week.

Speaking on Tuesday afternoon, Coveney said: “Let me try to be as clear as I can be on this because we haven’t made a government decision on this yet.

“There was to be a memo actually today in government on international travel but there is a bit more work required so it will be coming next week rather than this week.”

Coveney said that by the middle of June, the European Commission will have a “green certification” system in place for international travel within the bloc.

This, Coveney explained, "will mean that everybody in the EU will have on their mobile phone a scan code which, when they go through the airport, will be scanned and it will give the authorities in that airport the COVID status of the person - whether they’ve been vaccinated, whether they’ve been PCR tested negative, whether they’ve had COVID in the last six months and have recovered.

“We’ll be able to make decisions on reopening international travel within the European Union on that basis. I suspect that we’ll be making decisions to open up international travel within the European Union for everybody who’s been vaccinated, but probably will require some testing still for people who have recovered from COVID.

“And then, we would like to apply a similar approach for travel to and from the United States, where people who have been vaccinated would be allowed to travel without restriction to Ireland.

“I think this will be very much built on vaccination.

“Of course, at the moment, if you travel from the United States, you’ve got to quarantine, a mandatory quarantine.

“As far as timelines, it will certainly be into July before significant restrictions are removed on the basis of vaccination, I think.

"But I hope that you will see at some point in July, or at the latest in August, EU travel opening up again on the basis of the protection that vaccines give us, and we’d like to do the same with the United States.

“But we will have to put a system in place in terms of verifying the vaccinations in terms of vaccination certs with the US, which isn’t as straightforward because we won’t have the equivalent of a green cert system that’s been put in place by the European Commission.

“I think there is a reasonable chance in July that people could travel to Ireland without restriction if they’re vaccinated, I think there is a very good chance that in August that they will be able to, and then obviously on into the autumn.”

Coveney added: “That is me giving you a speculative guesstimate as to the timelines. I don’t want to give you the impression that the government has finalized a decision in this area, but certainly by this time next we hope to have done that.”

At the moment, the US is on Ireland's "red list" for travel, meaning people arriving from the US are subject to a two-week mandatory hotel quarantine. However, travelers from the US who have been fully vaccinated can quarantine at a home address rather than one of the designated hotels. More information is available here.

As of today, Ireland's Department of Foreign Affairs continues to advise against non-essential international travel. Similarly, the US State Department continues to designate the Republic of Ireland as 'Level 4 - Do Not Travel.'