The Tourism Recovery Oversight Group has told Tourism Minister Catherine Martin that opening up Ireland's borders to international tourists could generate €1 billion in revenue and create an additional 50,000 jobs. 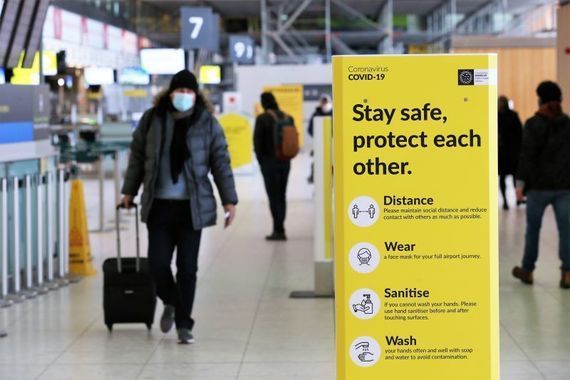 Ireland could lose out on €1 billion ($1.2 billion) if it doesn't open its borders to tourists from the USA and other countries this year, according to a tourism advisory group.

The Tourism Recovery Oversight Group has told Tourism Minister Catherine Martin that opening up Ireland's borders to international tourists could generate €1 billion in revenue and create an additional 50,000 jobs.

The group told Martin that restriction-free travel between Ireland and the United Kingdom should resume by July and called for fully vaccinated American tourists to be allowed to visit later in the summer.

The group is calling for an end to restrictions on UK visitors, which would effectively restore the Common Travel Area between Ireland and the UK.

The Irish Government is reportedly considering the proposal because non-essential travel between Britain and Northern Ireland will be permitted from May 17, which would allow international travel between Ireland and the UK to take place anyway due to the Northern Irish border.

Tanáiste Leo Varadkar has also hinted at a travel bubble between Ireland and the UK, claiming that it could provide a welcome boost for local economies.

Made up of tourism industry executives and state agency chiefs, the Tourism Recovery Oversight Group was appointed by Catherine Martin to report on how Ireland should reopen its borders to tourists.

It says that Irish businesses will continue to have low takings or no income at all if Ireland doesn't open its borders by the third quarter of the year, according to the Sunday Times.

Tourism Ireland said that opening Ireland's borders to British tourists in July and American and European tourists in August could generate a revenue of €1 billion. However, they say that revenue would fall by 90% if the reopening is delayed by just five months.

National tourism authority Failte Ireland claims that reopening Ireland's borders to tourists would put about 50,000 back to work in tourism-related jobs.

Martin is set to deliver the group's report to the Irish Cabinet on Tuesday. The report states that there is a growing desire among international tourists to travel to Ireland and that a "timely reopening" of Ireland's borders would be a huge boost to Ireland's tourism sector. It also says that the risks of resuming international travel are at a lower level than before.

The Cabinet is also due to discuss the European Union's "Green Certificate" proposals next Tuesday, which would potentially allow Irish tourists to visit participating countries by the end of June or July.

The Digital Green Certificate will be proof that a person has received a COVID-19 vaccine, has tested negative for the virus, or has recently recovered from the virus, allowing them to travel to other EU member states.

The temporary measure will be lifted as soon as the World Health Organization declares that the COVID-19 pandemic is at an end.