The US travel ban will end on Monday, November 8 for fully vaccinated and tested foreign tourists, including those from Ireland. 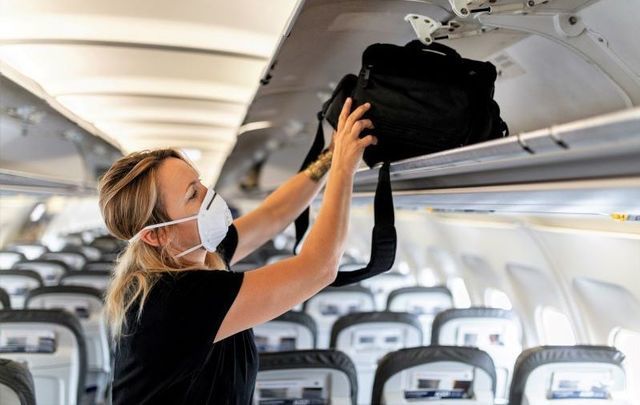 The US will reopen its borders to European travelers after more than 18 months of closures. Getty

The United States will reopen its borders for fully vaccinated travelers on November 8 after more than 18 months of continuous closures.

The White House announced on Friday that borders will reopen on Monday, November 8 for fully vaccinated travelers who obtain a negative PCR test within 72 hours of traveling to the US.

The measures signal the end of harsh travel restrictions that have been in place since former President Donald Trump announced a travel ban in March 2020. The Biden Administration subsequently extended the travel ban when Biden was inaugurated as President in January.

Travelers are currently unable to enter the US if they have been in the EU, the UK, China, Brazil, China, India, Iran, and South Africa within the last 14 days.

More than 30 countries are currently impacted by the travel ban.

The White House first announced plans to lift the travel ban against travels from the EU and the UK on Sept. 20, with White House Coronavirus Response Co-ordinator Jeff Zients indicating that the ban would be lifted in early November.

White House Assistant Press Secretary Kevin Munoz confirmed on Friday that US borders will reopen for fully vaccinated travelers on November 8 and added that it will apply to both land and air travel.

"The US’ new travel policy that requires vaccination for foreign national travelers to the United States will begin on Nov 8," Munoz said in a tweet.

"This announcement and date applies to both international air travel and land travel. This policy is guided by public health, stringent, and consistent."

The US’ new travel policy that requires vaccination for foreign national travelers to the United States will begin on Nov 8. This announcement and date applies to both international air travel and land travel. This policy is guided by public health, stringent, and consistent. https://t.co/uaDiVrjtqi

The US has faced significant international pressure to lift its travel ban over the past three months, particularly from the EU and the UK.

The UK and EU member states opened their borders to US travelers in June and July, prompting many European and British politicians to urge the US to reciprocate.

Ireland's Ambassador to the United States Daniel Mulhall consistently called on the US to lift its travel ban, while Stavros Lambrinidis, the EU's Ambassador to the US, said in September that the ban was severely harming economic and human ties between America and Europe.

The US has allowed travelers from more than 150 countries throughout the pandemic, a policy that has attracted further criticism from officials in impacted countries.

Critics argued that COVID-19 rates were higher in some countries that were not impacted by the travel than in many countries restricted from traveling to the US.

Major US airlines also called for the ban to be lifted due to the financial implications of the travel restrictions.

Delta, American, and United Airlines all experienced gains of at least 2% in morning trading on Friday following the White House announcement.