"They’ve been denying entry to lots of people lately. You’ll be alright…Welcome to Trump’s America.” 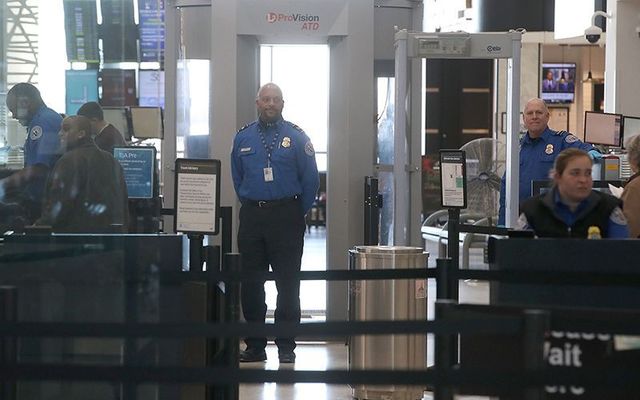 Airport security: A Scottish student returning to the US through Dublin was turned back due to five-year old images on his phone. Getty

A Scottish man studying at the University of Massachusetts, who had his phone seized and searched at Dublin airport, has been denied entry to the United States to finish his degree.

Archie Brydon (21), from Edinburgh, Scotland, was en route to Boston when he was stopped by United States immigration police at Dublin airport. The University of Massachusetts student was refused permission to board until he gave the authorities his cellphone for inspection. Having discovered photos from 2015 of the student smoking marijuana he was denied entry into the United States.

Speaking with the London Sunday Times, Brydon said he was held for hours before being turned away. The officer claimed the student had broken US federal and Massachusetts state referring to the photographs found on Brydon's phone, from 2015.

In his online blog, on Aug, The Moons Tirade, Brydon wrote “I cannot explain what it is like: watching your life, or at least the way you envisioned it, implode in front of your very eyes,” he said.

“I am sure what happened to me has happened to countless others. It scares me to think how many others, far less lucky than I, suffer the same fate every day.”

He also said that he realized he had "made mistakes" but said he felt the US officials were intent on finding a reason to turn him away.

“I think the way they scoured my mobile phone for evidence of wrongdoing was wrong. I don’t expect any special treatment, but I’m sure I’m not the only one who has been through this and it needs to be highlighted.”

Ending his blog entry he described his last interaction with the Immigration Police who he quoted as saying "They’ve been denying entry to lots of people lately. You’ll be alright…Welcome to Trump’s America.”

Brydon was attempting to return to the United States to complete his final year at the University of Massachusetts, at Amherst.

A spokesperson from the university, Mary Dettloff, told the Sunday Times they “will continue to offer support to Mr. Brydon as he assesses his options, including completing his classes remotely.”