One undocumented Irish woman, who has been in the US for 20 years, is fearful about the threat of deportation for her and her autistic son. 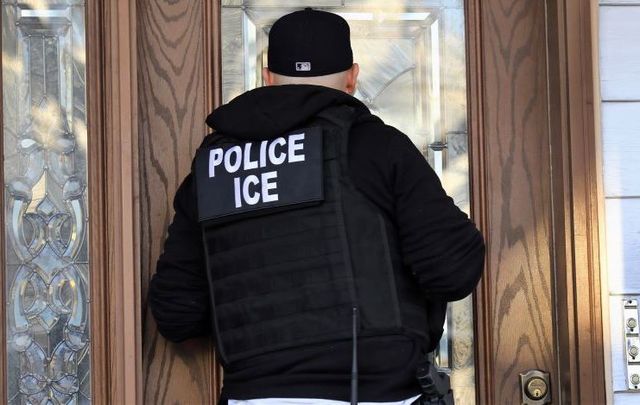 One Irish woman is fearful that she and her autistic son could be deported. Getty Images

An undocumented Irish mother living in New York has opened up about the reoccurring nightmare that ends with her six-year-old autistic son “in a cage.”

Read More: Irish immigrant Keith Byrne given until Friday to leave the US voluntarily

Irish people across America are living in fear following the commencement of raids by Immigration and Customs Enforcement (ICE) that President Donald Trump says will see “millions of illegal aliens” removed from the country.

Speaking anonymously to TheJournal.ie, an Irish woman known only as Ali lifted the lid on her own plight and a situation that has left her fearful of even answering her front door.

Ali has lived in the U.S. for near 20 years, having moved over after finishing college.

Since then, she has got married and had a son, though the couple separated shortly after the birth of their first child.

Ali didn’t apply for a green card when she was wed because of her partner’s tax issues at the time.

Though marrying an American does not automatically make you a citizen, it does make you eligible for a green card.

However, even then, anyone who has one must stay married and living with their spouse for three years in order to apply for citizenship.

As a result, Ali has been desperately trying to gain citizenship.

But that has presented plenty of problems namely, in trying to find a sponsor for her application – someone willing to sign an affidavit of support, agreeing to financially support the person applying for citizenship.

With her ex-husband refusing to allow their six-year-old son, who has autism, to move back to Ireland with her, Ali has had little choice but to remain.

But the ICE raids and the Trump administration’s renewed focus on illegal immigration, Ali has been forced into relative hiding, along with her son, rarely venturing outside.

“We are really just going to sit tight for a while,” she told TheJournal.ie.

“We don’t know who is going to be at the door anymore.”

Ali also revealed she has been in contact with other undocumented Irish in the U.S., many of whom have begun deleting phone contacts in the event they are seized during their detainment.

“The more they do these raids, the further underground we are all pushed…it is what keeps me awake at night,” she said.

“My nightmare is my six-year-old autistic son in a cage. Once they start arresting more Europeans (the public) will be singing a different tune and it will be too damn late.”