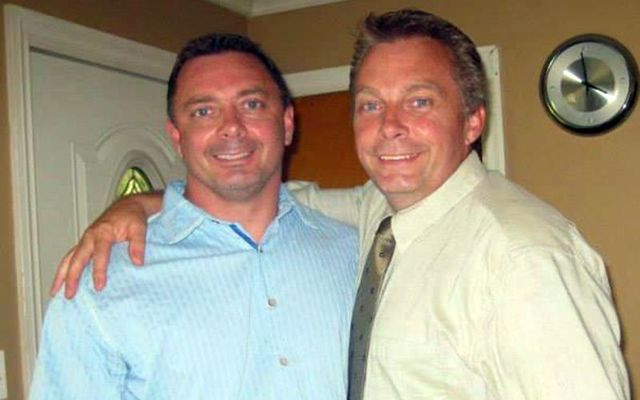 Experts have determined that the cause of the crash, which claimed the lives of four family members from Illinois who had traveled to Ireland for a family funeral, was a sharp U-turn taken on the N25 Rosslare to Cork Road into the path of a truck. The BMW they were traveling in was destroyed as they turned back towards New Ross.

Those killed on Monday evening were Lily Ryan-Alexander and husband Doug Snr, both 75, and their two sons Doug Jnr, 52, and 49-year-old Stephen. They had landed in Ireland just hours before. Lily was originally from Limerick.

The family, based out of Oakland, Illinois, (about 3 hours south of Chicago), had returned to Ireland to attend the funeral of Winnie Keevey, Lily’s Wexford-based sister. The family had rented their BMW 5 series car at Shannon Airport and was en route to be with their relatives when the accident happened.

At about 6.30pm on Monday, on the stretch of the N25 east of New Ross, it appears that the BMW, which was traveling in the direction of Wexford town, pulled left onto the shoulder where it stopped. It then made a sharp turn to the right, making a U-turn back to New Ross.

The car was struck, at speed, by an articulated truck. It hit the driver’s side of the car. The car and the truck came to a standstill on the opposite side of the road. The Alexanders' car was “almost totally obliterated.”

The family was pronounced dead at the scene.

The truck driver, and his passenger, escaped uninjured but both were treated for shock.

The road was clearly marked and there are no obstructions to driver’s vision. What is unknown is why the driver made this maneuver. A first-responder at the scene asked the Irish Times, “Did he look over the wrong shoulder,” noting the driver would have been more used to driving on a different side of the road in the United States.

They added “It’s impossible to know but it just doesn’t make sense.”

Scene of the crash on Monday night (Photo via Jim Campbell Photography).

Tributes to the Irish American family been pouring out online and in the media.

"He made you feel better as a person"

Stephen (49), a father of two daughters, aged 11 and 10, was a veteran police officer of the Bolingbrook Police Department. His partner Susan Verden Schulze paid tribute to him in a Facebook post.

She wrote, “I can never express the happiness Steve gave me. He showed me true love. I am so blessed that to be a part of his life. I love you Steve and I will love you forever and a day.”

Stephen had been a police officer at the Bolingbrook Police Department in a southwestern suburb of Chicago for 17 years. In 2014 and 2015, Stephen was nominated for the Police Officer of the Year award and in 2013 received the Life Saving Award. He had also been the recipient of the department’s Top Gun Award.

On Wednesday morning Lieutenant Anthony Columbus, who worked with Stephen, told RTE’s "Morning Ireland" radio show his colleague was “an exemplary officer who took pride in everything on a daily basis.”

He continued, “He did outreach programs for the youth in our community, teaching young girls how to do defensive tactics and self-confidence skills. He was also part of the Illinois Special Olympics. Did fundraising for the Special Olympics. He did so much for our community. We will never get over the loss.”

Lt Columbus said Stephen was “more than a fellow officer, he was a friend to all of us.

“He was an awesome father and his children were his pride and joy,” he said.

“Steve went through life with a smile on his face. He made you feel better as a person.”

He also thanked Ireland’s police force and first responders for all they tired to do to save the family’s lives.

Bolingbrook Police Department Director Ken Teppel said Stephen “was an exemplary officer who took great pride in his law enforcement career and who devoted himself to protecting and serving the citizens of Bolingbrook.

“Steve will be missed by all those who had the pleasure of knowing him and we will forever keep the Alexander family in our thoughts and our prayers.”

His brother, Doug Junior, was also the father of two daughters, aged six and seven. Doug Jr had played in the rock band, the Network for the last two years.

His band mate and friend, Kent Kaled told the Independent

"We're all devastated. His death has blind-sided us completely."

He continued, "Doug played guitar and sang. He was an all round great guy and a wonderful dad to his two young daughters. Doug lived with his wife Marian, who is from Ireland, and their two girls.”

"Doug's mom and dad were big fans of the band and came to a lot to see us perform. Doug's dad was very musical and had played guitar in an Irish showband," he said.

Family and community in Wexford

Winne Keevey's funeral, the Alexanders' destination, took place on Tuesday afternoon. The family is now preparing to bury another four loved ones.

Cushinstown parish priest, Father Sean Devereux, said this tragedy has taken its toll on the community.

He said Winnie had been a frequent visitor to the United States to visit with Lily and another sibling who lives there.

He told RTE 1, “All we can really do as a faith community is offer support and be with those who are bereaved, with the Keevey family who have had this tragedy impacted upon them as they were grieving the passing of their mother.

“It’s just unimaginable really. I came out of the Keevey home after being with the family to say some prayers, I came up to the top of the road just to see the skyline lit up with emergency service lights.

“To think that something so terrible has happened, it’s unbelievable.”