The victims in the fatal Wexford car crash that tragically claimed the lives of a mother, father and their two sons, have been named 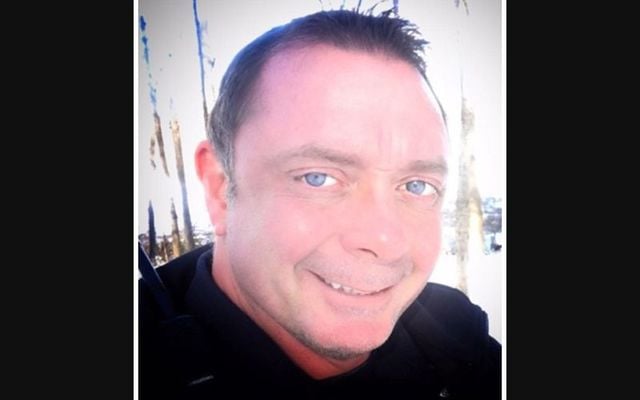 Officer Stephen Alexander, one of the victims of the Wexford crash. Bolingbrook Police Department

The victims in the fatal Wexford car crash that tragically claimed the lives of a mother, father and their two sons, have been named

The victims in Monday night's horrific car crash have been named as Doug and Lily Alexander, and their two sons Doug, Jr. and Stephen. The four family members were in New Ross, County Wexford to attend a funeral when their car collided with a truck.

Stephen Alexander, 49, was an officer with the Bolingbrook Police Department in the Chicago suburb of Bolingbrook.

The Bolingbrook PD have released a statement on Alexander, who was a 17-year veteran of the force and leaves behind two daughters, ages 11 and 10.

“Steve was assigned to the Bolingbrook Park District as a park patrol officer. He was also an assistant team leader for the Raid Entry and Containment Team and was the lead department instructor in defensive tactics and use of force. Steve was also an instructor for firearms, rapid deployment, and breaching...

“Steve devoted his time to the community and taught self-defense classes and self-confidence skills to women and girl scouts at the Bolingbrook Park District. Steve was a member of “Beat the Heat” a non-profit organization which focused on community outreach to improve driver safety and police community relations. He also enjoyed racing his vintage Camaro drag racing car and talking to children about vehicle and driving safety. Steve recently hosted and organized a Squad Car Night at the Bolingbrook Promenade in partnership with the Illinois Special Olympics which attracted police vehicles from all over the state. The event was concluded with a “parade of lights”; a vehicle procession through the main street of the Promenade,” the department stated.

He was a decorated officer - valedictorian of his class at the Cook County Polcie Academy in 2001, and honored with Bolingbrook PD's Life Saving Award and Top Gun award in 2013.

According to CBS Chicago, Bolingbrook Public Safety Director Ken Teppel called Alexander “an exemplary officer who took great pride in his law enforcement career and who devoted himself to protecting and serving the citizens of Bolingbrook.”

“Steve will be missed by all those who had the pleasure of knowing him and we will forever keep the Alexander family in our thoughts and our prayers,” Teppel stated.

It is now believed the driver of the rental car, thought to be one of the sons, was attempting to make a u-turn when the car was hit. The accident happened on a clear, modern, well-maintained section of road which is clearly marked with no obstructions. There was a hard shoulder on either side and a two-meter wide central preservation area in the center of the road that drivers are not allowed to enter.

Emergency personnel at the scene of the crash believe the Alexander's car to have entered the hard shoulder on the left and paused before taking a hard swing right as if to travel in the opposite direction.

It was hit with force by the truck, however, and when they came to a standstill at the far side of the road, the car was obliterated.

“Did he look over the wrong shoulder," asked a first respondor at the scene, claim the Irish Times, questioning whether the US versus Irish driving habits had been the reason for the move.

“It’s impossible to know but it just doesn’t make sense.”

An investigation is underway in County Wexford to determine what caused the tragic car accident, which killed a family of four who had returned from the United States for a family funeral.

The accident took place at 6.30pmGMT on Monday evening on the N25 New Ross to Ballinaboola road at Begerin. The family – two parents in their 70s and their sons in their 40s – were pronounced dead on Monday evening, two at the scene. Their identities have not been released.

It is reported that the family of four had arrived at Shannon Airport just hours before the crash. The Irish Mirror reports that they were traveling to a relative’s funeral, set to take place in Cushinstown on Tuesday morning.

The family’s car and a lorry collided, and part of the vehicle became lodged under the vehicle, according to preliminary reports.

A police statement confirmed their deaths and added that the lorry driver was uninjured but was treated for shock at the scene.  The cause of the crash is not yet known and gardaí said conditions on the road were good at the time of the accident.

Officers are investigating whether the driver of the car may have attempted to turn on the road just before the collision.

The road where the incident took place will remain closed until lunchtime on Tuesday while tests are carried out to determine the cause of the accident.

The southern correspondent with the Irish Independent, Ralph Riegel, told Newstalk "Breakfast" radio show, "What I was told from locals last night (that) it was a horrific scene.

"Part of the lorry ended up on top of the car.

"At one point I think there was up to seven ambulances attending the scene.

"Tragically, two of the occupants of the car were pronounced dead immediately.

"There were desperate attempts to try and stabilize the condition of two others -but they were also pronounced dead at the scene".

Local councilor John Fleming told RTE’s "Morning Ireland" radio show the entire community extends its sympathies to the friends and families of those who died.  said this morning that the entire community wished to extend its sympathies to the friends and relatives of those who died. He added that the road where the accident took place is unremarkable and would have been busy with commuters at the time. However, local radio station, South East Radio, did refer to the road as an “accident black spot”.

A mother and father and their two sons visiting Ireland from the US have died following a car crash in County Wexford.

The tragic victims have yet to be named, but they are believed to be an Irish family now living in the US who were in Ireland for a funeral. According to one report, they had just arrived in Shannon airport today to attend the funeral of the woman's sister.

The scene of the tragic Wexford crash. (Via: Jim Campbell)

The mother and father, in their 70s, were driving with their two sons, in their 40s, on the N25 main road between New Ross and Wexford. The accident took place around 6:30 pm local time near Cushinstown.

It is believed that the car may have been traveling as part of an envoy when it was hit from behind by a lorry. Part of the vehicle became trapped under the truck.

Firefighters had to cut the four victims out of the wreckage, and, according to the Irish Times, all four were pronounced dead at the scene.

The road will remain closed as police carry out a forensic analysis. Photo: Jim Campbell

Their bodies were taken to University Hospital Waterford in Ardkeen for postmortem examination.

The truck driver and his passenger were uninjured but treated for shock at the scene.

Locals have described the crash as "absolutely horrific."

The portion of the road where the accident took place will remain closed as police carry out a forensic investigation.

Very sad news of a serious road crash in County Wexford this evening. Please take care on the roads and respect other road users too... @rtenews pic.twitter.com/U4EO6KM60Y

*This story will be updated as more information becomes available.