The “Stay With Me” art exhibit opens in Dublin this week 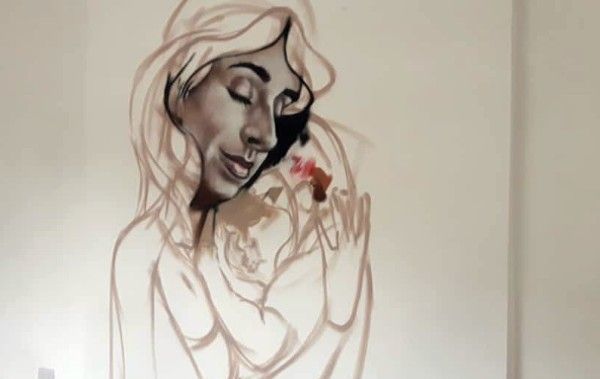 The 'Stay With Me' art show opens in Dublin on January 17. In-spire Galerie Dublin, Facebook

The “Stay With Me” art exhibit opens in Dublin this week

A new art exhibit opening in Dublin will pay tribute to the 796 babies who were buried in a crude mass grave at the Tuam Mother and Baby home.

Read More: Let's remember their names: The 796 infants and children who died in the Tuam home

Dino Notaro, the Irish-Italian curator for the exhibit, told the Independent: “The exhibition is called Stay With Me. It’s a group of artists coming together to showcase in honor of the Tuam babies."

IMAGES OF WORKS 'IN PROGRESS' Prep. continues at Inspire Galerie for 'Stay With Me' our first exhibition of...

Read More: Neglect and death of 800 kids in Galway happened in plain sight

“There are a variety of works across a variety of mediums. The emphasis is love, healing, and understanding. It’s a human story and through art we want to showcase that.”

RTÉ visited the gallery ahead of its opening:

Run by the Bon Secours order of nuns, the now notorious Tuam Mother and Baby Home operated in Galway from 1925 to 1961. Unwed mothers were sent to the Home to give birth; many were subjected to having their children placed for adoption both illegally and without mothers consent.

In 2013, historian Catherine Corless discovered a trove of death certificates from the Home, but no corresponding burial certificates. Her research led to the discovery of a mass grave at the site where nearly 800 children were buried.

Read More: How she did it: the heroic Irish historian who broke the Tuam baby home scandal

The opening of the new art show is scheduled for two weeks ahead of what is supposed to be the delivery of a final report on the inquest into the Tuam Mother and Baby Home.  The Irish Times, however, reports that the commission has requested an extension.

An exhumation at the Home is also expected to be conducted this year.

The Stay With Me exhibition will be open to the public for two weeks beginning  January 17.

A Labour of Love Today at Inspire we have the opening night reception of our first exhibition of 2019. ' Stay With Me' Join us at the gallery from 6pm. Guest Speakers and Artists will be present.

You can watch a preview of ‘Stay With Me’ here: