Scientists in Ireland find link between obesity and cancer

Trinity College Dublin research has discovered that the body’s immune surveillance systems stutter and fail in the presence of excess fat, which reduces their ability to fight cancer and disease. 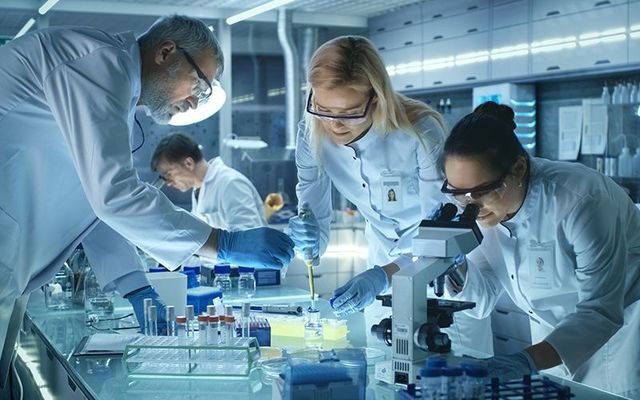 Trinity College Dublin research has discovered that the body’s immune surveillance systems stutter and fail in the presence of excess fat, which reduces their ability to fight cancer and disease.

Scientists, at Trinity College Dublin, have made a major discovery that shines a new, explanatory light on the link between obesity and cancer. Their research confirms why the body’s immune surveillance systems – led by cancer-fighting Natural Killer cells – stutter and fail in the presence of excess fat. Additionally, it outlines possible paths to new treatment strategies that would see “fat-clogged” Natural Killer cells molecularly re-programmed and jolted back into action.

Over 1.9 billion adults are overweight and obese (over one-third of the adult population) and this places a huge health and economic burden on society because there are a large number of knock-on adverse health impacts to being obese, such as type 2 diabetes, cardiovascular disease, and a range of infections. Additionally, up to 50% of certain cancers are attributed to obesity.

Until now, however, little had been known about the impact obesity has on immune surveillance.

The research that changed that was led by Associate Professor in Immunology at Trinity College Dublin, Lydia Lynch, who also conducts research at Harvard Medical School, and Brigham and Women’s Hospital in the US. The research has just been published in leading international journal Nature Immunology.

Further investigation then pinpointed the specific metabolic step that was stifled in the fat-clogged Natural Killer cells, and, offering promise for the development of treatments further down the line, the scientists were able to re-programme these cells and restore their cancer-fighting abilities by providing them with a metabolic jolt.

Professor Lynch said: “Despite increased public awareness, the prevalence of obesity and related diseases continue. Therefore, there is increased urgency to understand the pathways whereby obesity causes cancer and leads to other diseases, and to develop new strategies to prevent their progression.”

“Our results highlight immuno-metabolic pathways as a promising target to reverse immune defects in obesity and suggest that metabolic reprogramming of Natural Killer cells may kick-start their anti-cancer activity and improve treatment outcomes.”