The Irish Whale and Dolphin Group (IWDG) confirmed that Nick the dolphin was found dead in Cork Harbour after being injured by boat propellers. 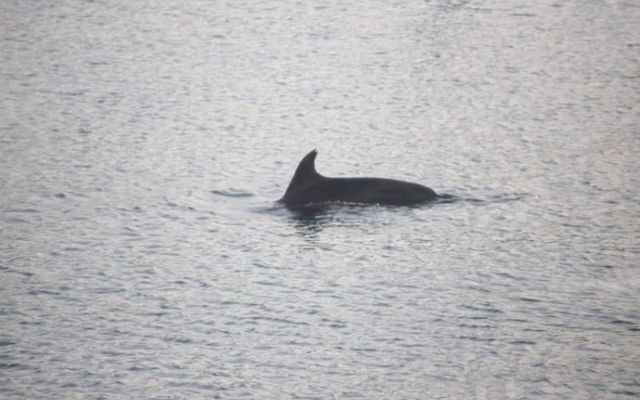 Nick the Dolphin had gone viral in August after he was filmed swimming with young children and paddleboarders in Cornwall. IWDG Facebook

A friendly bottlenose dolphin renowned for swimming and interacting with people off the coast of Ireland and Britain has been found dead in Cork Harbour after being struck by a boat.

The carcass of the dolphin, who was named Nick, was reported to the Irish Whale and Dolphin Group on September 12 and was identified due to a distinctive scar on his beak and unique markings on his dorsal fin.

The dolphin had gone viral in August while playing with delighted tourists and paddleboarders at Hayle Harbour in Cornwall.

However, the viral footage concerned marine conservation groups such as British Divers Marine Life Rescue and Marine Connection, who raised fears that the dolphin could be injured by boats in the harbor.

The groups also warned swimmers of the dangers of swimming with "solitary social" dolphins, who have been known to injure people.

"Nick" the dolphin was first identified in the isles of Scilly in June 2020 and was spotted off the coast of Cork, Wexford, and Waterford between April and July 2021.

He was often spotted interacting with local boats and swimmers, while concerned locals often reported him to rescue organizations due to a healed scar on his beak that was misidentified as a piece of plastic.

On September 12, a dolphin's carcass was reported to the Irish Whale and Dolphin Group’s (IWDG) Strandings Scheme from Roches Point in Cork Harbour.

A post-mortem examination carried out by Jim Donovan and Sarah O'Mara from the RVL Cork and IWDG's Mags Daly confirmed that "Nick" the solitary dolphin found dead in Cork Harbour died from the injuries he sustained from a boat propeller. See full story on https://t.co/FQ2mBOO6SZ pic.twitter.com/P8ZF82rcl7

A post-mortem examination conduction by Mags Daly of the IWDG and staff at the Regional Veterinary Laboratory in Cork identified the dolphin as "Nick" and reported that the dolphin had died due to lacerations caused by a boat propeller.