Ireland to up its tourism spend amid Brexit angst

Tourism Ireland will launch the new "Fill your Heart with Ireland" campaign next month and quadruple its spend to $51 million. 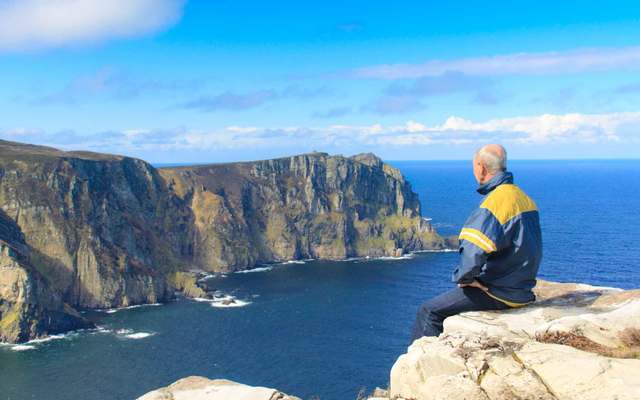 The number of visitors to Ireland this year jumped by 6 percent from 2017, with growth recorded from all markets. Getty

The threat of a no-deal Brexit, a weak Sterling and a jump in the VAT rate for the Irish hospitality sector has caused enough concern that Tourism Ireland will increase their 2019 spending to almost $51 million.

In December, the all-island organization is to launch its first global campaign in seven years - “Fill your Heart with Ireland” - focusing on the United States, Britain, France a, d Germany before expanding to 20 markets around the globe in January.

While 2018 is looking to be yet another record year for Irish tourism, the uncertainty surrounding Brexit and the possibility that the UK will leave the EU without any set deal in place is a concern as Tourism Ireland looks to continue improving numbers in 2019.

Add to this the concern of a weakened sterling and the 4.5 percent jump in the VAT rate that will be added to the Irish hospitality industry under the 2019 budget and the tourism body felt it was time to address the issues with an increased spend.

Our new global campaign 'Fill Your Heart With Ireland' will be rolled out in over 20 markets around the globe from January 2019. #TI2019 pic.twitter.com/QAsQm4hpQ8

The “Fill your Heart with Ireland” campaign is part of Tourism Ireland's plan to grow overseas tourism revenue by 6 percent to €6.5 billion and visitor numbers by 4 percent to 11.67 million.

“2018 is set to be another record year for Irish tourism, surpassing all previous records and coming on the back of a number of years of strong growth,” said Niall Gibbons, the Tourism Ireland chief executive.

“And, I am delighted to report that we have seen growth from all our main markets around the world – with record numbers arriving here from North America, mainland Europe, Australia  and emerging markets.”

Read more: These Irish thatched cottage Airbnbs are what dreams are made of

Increase in air access has been important for growth in US visitors to island of Ireland. Greatest growth has been in the Southern States, but visitors are travelling from all over US #TI2019 pic.twitter.com/EdMlVZY3fh

He added that Ireland is heading into the new year “in a position of some strength, based on the success of 2018. Our aim is to spread this success throughout the year and around the entire island of Ireland – ensuring we maintain our renowned welcome and superb visitor experience.”

A total of 320,000 people are now employed in the tourism sector in Ireland, catering for the 11.2 million visitors. The number of visitors to Ireland this year jumped by 6 percent from 2017, with growth recorded from all markets.

Will you be visiting Ireland in 2019? Tell us about your trip in the comments section, below.

Read more: Take a Hike on these top nature trails in Ireland