The car believed to belong to Michael 'Tony' Lynch, who was last seen in Co Monaghan in 2002, has been discovered in a lake in Co Fermanagh. 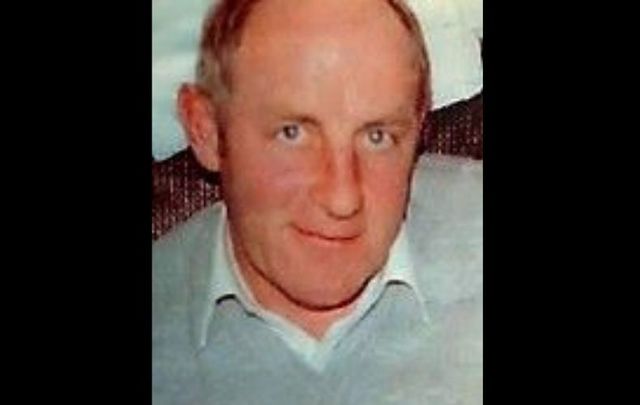 The car belonging to Michael ‘Tony’ Lynch, who was last seen in Co Monaghan in 2002, has been discovered submerged in Lough Erne in Co Fermanagh.

Lynch, a 55-year-old father-of-four, was last seen at Fermanagh Street in Clones, Co Monaghan on January 6, 2002, according to Gardaí.

Lynch was originally from Magheraveely, in Co Fermanagh but was living in Clones prior to his disappearance. He was reported missing on January 9, 2002, when he didn't turn up for work.

On May 19, Gardaí issued a statement confirming the news of the discovery: “This development arose after members of the public uncovered an anomaly in the water yesterday, 18 May 2020.

“These men were aware of An Garda Síochána’s renewed appeal for information regarding the location of Mr. Lynch’s car earlier this year and made contact with Clones Garda Station.

“An Garda Síochána liaised closely with our colleagues in the PSNI [Police Service of Northern Ireland] and shortly after 2 pm on Monday, May 18, police divers carried out an underwater search of the lake and discovered that a car was submerged.

“The vehicle has been recovered for examination and is believed to be the Mitsubishi belonging to Mr. Lynch who was reported missing 18 years ago.

“As part of the renewed appeal into the disappearance of Michael ‘Tony’ Lynch in January of this year, An Garda Síochána conducted searches at 10 lakes in Co Monaghan. These searches were to continue and were to include lakes in and around the border region; however, the searches were suspended in March 2020 arising from the Covid-19 pandemic.

Inspector Graham Tolan of Monaghan Garda Station said: "An Garda Síochána will continue to investigate missing person’s cases for as long as it takes. In this case, An Garda Síochána have been searching for Mr. Lynch for 18 years.

"We are grateful to the members of the public who alerted us to this anomaly in the water. I’d like to remind the public that small pieces of information, no matter how insignificant they may seem, can often prove vital, as is the case today.

“We will continue to work with Police in Lisnaskea who are investigating the circumstances surrounding the discovery.”

A family liaison officer attached to An Garda Síochana has been appointed and is liaising with Mr. Lynch’s family.

In January of this year, Gardaí said in a statement that they were renewing their appeal for information about the case coinciding with the 18th anniversary of Lynch's disappearance.

The statement said in part: “The investigation into Mr. Lynch’s disappearance is ongoing and to date, Mr. Lynch and his car - a white Mitsubishi Galant registration number TIL4670 - have not been located.

“The purpose of the planned searches is to establish if Mr. Lynch’s vehicle may have been submerged at one of these locations.

“The planned operation will begin on January 2, 2020, and will include the use of a drone which can guide Gardaí and the Civil Defence team to locations if interest in the search.

“Gardaí investigating this missing person case have exhausted a number of leads and at this point are renewing their appeal for information. Anyone who may have had sight of this vehicle and/or Mr Lynch since January 6, 2002 is asked to come forward.

“They are also anxious to speak with any landowners who may have noticed a car abandoned on lands or submerged in waters which may fit the description of Mr Lynch’s white Mitsubishi Galant car.