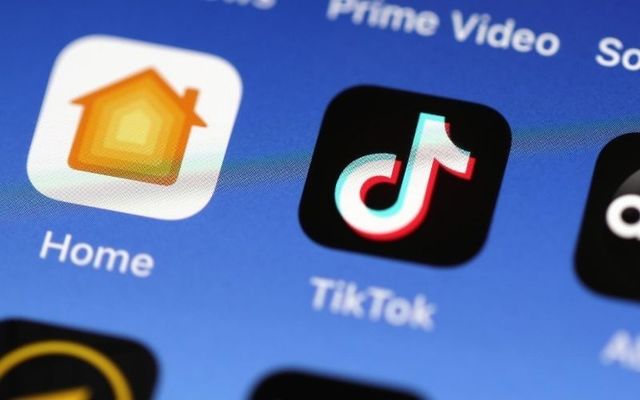 TikTok has come under scrutiny from US President Donald Trump. Getty

The social media app TikTok will open its first European data center in Dublin, a move welcomed by the IDA.

TikTok, which allows users to post short videos on the app, will invest around €420 million to open its first European data center, potentially creating hundreds of new jobs in Ireland.

Roland Cloutier, the company's Global Chief Information Security Officer, confirmed the news in a blog post and said that the new data center would play a role in strengthening user security and privacy.

The new data center is expected to open in Ireland by early 2022 and will provide a state-of-the-art physical and network defense system, according to Cloutier, in addition to enabling faster loading times and enhanced user experience on TikTok.

Good news this morning as #TIkTok announces plans to establish a new data centre in Ireland, their first in Europe. This investment in Ireland, to the value of approx €420m, will create hundreds of new jobs. Find out more at https://t.co/4PAWhLbEt7 pic.twitter.com/VXPuIZ7dAs

IDA Ireland CEO Martin Shanahan said: “TikTok’s decision to establish its first European data centre in Ireland, representing a substantial investment here by the company, is very welcome and, following on from the establishment of its EMEA Trust & Safety Hub in Dublin earlier in the year, positions Ireland as an important location in the company’s global operations.”

TikTok has made the news in recent weeks over its user security with President Donald Trump threatening to shut the app down in the United States.

The social media company, owned by China's ByteDance, is currently in talks with Microsoft about selling its American operations. Trump has threatened to shut the app down in America if there is no sale by September 15.

The US Government has carried out a national security review of the app in the past since it collects large amounts of user data and is legally obliged to share information with Chinese authorities in Beijing if they ask for it.

ByteDance has hinted at moving the company's headquarters overseas in light of the investigations, which could potentially signal more good news for Ireland in the future.

Ireland has played an increasingly significant role in TikTok's European operations. The company established an EMEA (Europe, Middle East, and Africa) Trust and Safety Hub in Ireland at the beginning of the year and TikTok's Irish branch is now the service provider for countries in the European Economic Area (EEA) and Switzerland.