US drug firm behind remdesivir to bring 140 jobs to Dublin

Gilead Sciences Inc, who is testing its drug remdesivir for the treatment of coronavirus, announced today that it will be opening a new branch in Dublin, further adding to its Irish investment. 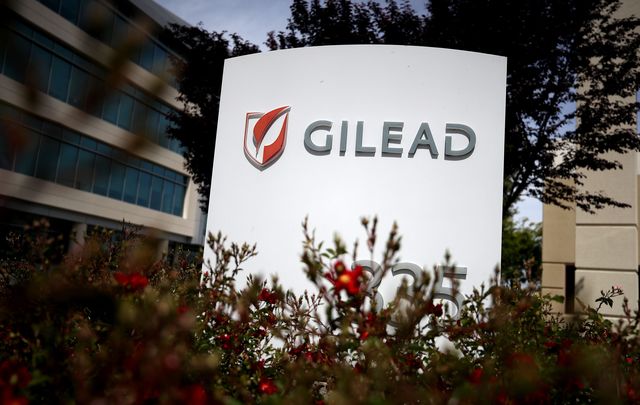 Gilead Sciences. Inc. are the makers of remdesivir, which is being tested for the treatment of coronavirus. Getty Images

Gilead Sciences, Inc, the US pharmaceutical company that is testing its drug remdesivir for coronavirus treatment, announced today that it will be opening a branch in Dublin, further adding to its Irish investment.

According to Ireland’s Department of Business, Enterprise and Innovation, Gilead has announced a plan to invest approximately €7 million into its Irish operations, opening a new base in Dublin, and creating 140 jobs.

As part of this expansion, Gilead will also establish a paediatric centre of excellence in Ireland.

Gilead is adding positions at all levels in departments including clinical development, process development and analytical operations, legal, human resources, supply chain, information technology, facilities and engineering, and financial shared services. Recruitment for the new positions has commenced, and Gilead hopes to have them filled by early 2022.

Gilead, who has facilities in Co Cork, already has 370 full-time employees in Ireland and an additional 119 contingent workers. The US company has had 20 years of operations in Ireland, and has invested more than  €225 million into the country.

According to Gilead, their operations in Ireland “are responsible for manufacturing, quality control, packaging, and the release and distribution of the company’s products in the European Union and other international locations such as the countries supported by the Gilead Access Program.”

Leo Varadkar, Tánaiste and Minister for Enterprise, Trade & Employment, said in a statement on Wednesday: "Gilead has been steadily growing its presence here over the last 20 years and today’s announcement underlines the company’s commitment to Ireland. This expansion shows that Ireland offers the right conditions – particularly our skilled and talented workforce – to allow companies like Gilead to grow their operations here. I wish them well in this next exciting chapter."

David Cadogan, Gilead Ireland’s Vice President of Manufacturing Operations and General Manager, said:  "Gilead has a long record of operating in Ireland and our teams here have played a critical role in ensuring that patients in Europe and other parts of the world outside of the United States have access to our medicines. With this additional investment, we are looking forward to continuing this important work and growing our presence here in Ireland.”

Martin Shanahan, CEO of IDA Ireland, said: "This is really positive news from the pharmaceutical industry in Ireland. We are delighted that, off the back of an already successful operation in the country, Gilead has decided to invest further in Ireland, creating 140 new roles. It demonstrates a huge vote of confidence in Ireland and our strong value proposition. I wish Gilead continued success with their Irish operations and assure them of IDA Ireland’s continued support."

Gilead is the manufacturers of the drug remdesivir, which the US Food & Drug Administration, who is still studying the use and effects of the drug, has granted emergency authorization for the treatment of COVID-19.

In April following a “large study,” Dr. Anthony Fauci, the head of the National Institutes of Allergy and Infectious Diseases in the US, said that “the data shows that remdesivir has a clear-cut, significant, positive effect in diminishing the time to recovery.”

Dr. Fauci said the early findings, though not yet reviewed by outside sources at the time, are "reminiscent of 34 years ago in 1986 when we were struggling for drugs for HIV."

The HHS said that hospitals will receive the product priced no more than Gilead’s Wholesale Acquisition Price, approximately $3,200 per treatment course.

“Generally, patients do not pay directly for hospital-administered drugs like remdesivir; rather, for Medicare and most private insurers, the drug’s cost is incorporated into payments made by the insurer, such as Medicare paying for the drug through a diagnostic-related group.”

HHS secretary Alex Azar said: “President Trump has struck an amazing deal to ensure Americans have access to the first authorized therapeutic for COVID-19,” said HHS Secretary Alex Azar. “To the extent possible, we want to ensure that any American patient who needs remdesivir can get it. The Trump Administration is doing everything in our power to learn more about life-saving therapeutics for COVID-19 and secure access to these options for the American people.”