Campaigners called on the Government to save Knocklofty House, which has been exposed to wind and rain by thieves and vandals. 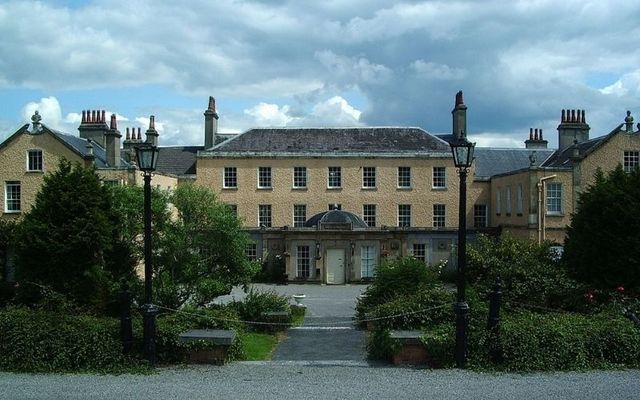 Knocklofty House is one of the finest great houses in Ireland. Padraig O'Brian/Wikimedia Commons

Thieves and vandals have endangered a historic 18th-century Irish mansion that featured in a dramatic IRA kidnapping during the Troubles in 1974.

Heritage campaigners have called on the Irish Government to save Knocklofty House outside Clonmel, County Tipperary, which was converted into a luxury hotel 40 years ago.

The country mansion has been the target of thieves and vandals since the luxury hotel closed down several years ago and heritage campaigners have warned the Government that the historic building could be left in ruins if action is not taken.

Thieves recently stole lead flashing from the dwelling's roof, leaving it exposed to wind and rain. Campaigners state that rainwater now seeps into the house and threatens its priceless fittings, while they say that they are worried about the impact of future storms.

The house is deemed to be among Ireland's ten most endangered structures.

An Taisce, the National Trust for Ireland, has warned the Government that Knocklofty House is in danger of following the example of Kilmurry in County Cork, which has been left in ruins due to the actions of thieves and vandals over the past 20 years.

An Taisce said that people were horrified by what was happening at Knocklofty House and said that it is likely to suffer a similar fate unless the Government takes action.

Campaigners have also established the Save Knocklofty House group to call for the historic house to be saved, while Tipperary County Council has assessed the damage done to the property and says it is liaising with its owner over how to protect it.

Tipperary councilor Máirín McGrath also said that the house could provide a boost for local tourism and cannot be allowed to fall into ruin.

McGrath told the Irish Independent that both the interior and exterior of the house are deteriorating rapidly and added that she was "very shocked" by the damage done to the property.

She said that it was a "great shame" that the house had been targeted by thieves and vandals.

Located seven kilometers from Clonmel, Knocklofty House was built in 1790 and received further renovations and add-ons in the 19th and 20th centuries.

In 1974, the IRA kidnapped Lord and Lady Donoughmore from the house as part of a ransom plot.

The two elderly aristocrats were released unharmed five days after their kidnapping in Dublin's Phoenix Park after forming an unlikely bond with their kidnappers.