The proposed upgrade of Tipp road includes one that has sparked controversy in the town of Cahir because it endangers a local holy well. 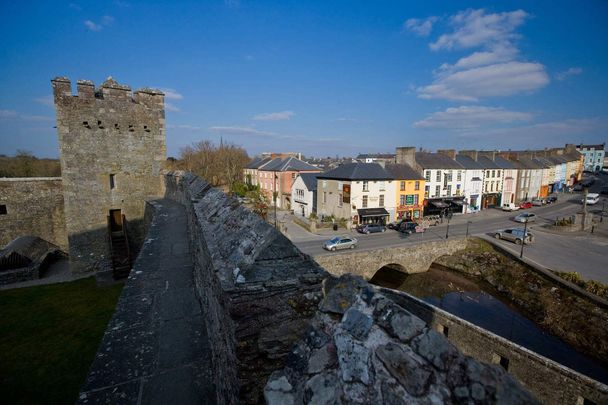 Locals in Tipperary have raised concerns over plans to install a multi-million euro major road upgrade near an ancient farmhouse and eighth-century holy well in the townland of Toureen.

Tipperary County Council is considering four proposals to upgrade the N24 road between Limerick and Waterford, including one proposal that has sparked controversy in the town of Cahir.

The farmhouse is occupied by local Joan McGrath and her husband and is believed to date back more than three centuries, making it one of the oldest continually inhabited structures in County Tipperary.

McGrath told TippFM that the proposal passing by Toureen would have disastrous long-term local consequences and said that the area is bustling with wildlife.

"It is full of wildlife, there’s plenty of deer around and also the more scarce animals such as hedgehogs, red squirrels, bats, and even pine martens," she told TippFM.

More importantly, she said, the proposal threatens St. Peacaun's well, which is "very significant" in terms of local history and archaeology.

The area also houses what local legend claims is "St. Peacuan's cell" in addition to an ancient bullaun stone - a mythical stone thought to have healing powers.

St. Peacaun is revered in the South Tipperary area, with locals celebrating his pattern day on August 1 every year.

Tipperary County Council said in 2016 that development near Toureen was to be avoided because it is environmentally and culturally unique.

However, the council is currently considering a proposal to upgrade the N24 roadway near the townland along with three other potential developments.

The touted N24 upgrade is being considered as an alternative to the drastically more expensive M20 Cork-Limerick motorway, which would divert Limerick-bound traffic off the existing Cork-Dublin motorway at Cahir.

The Tipperary County Council will take several months to make a decision on the four proposals and will carefully consider public submissions before arriving at a decision.