The Queen and I - How times have changed

As a republican, the whole concept of an inherited monarchy is an anachronism. The concept that someone by accident of birth is born to reign and the rest of us are their “loyal subjects” is an alien concept. 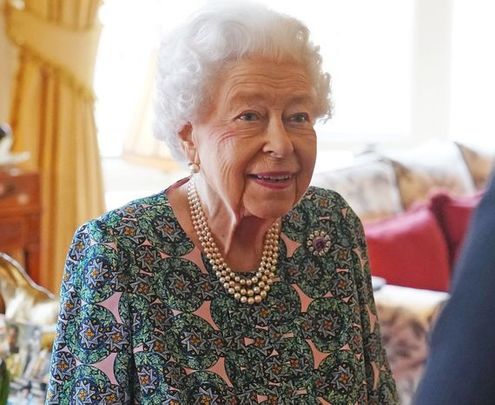 It was a long weekend here in Ireland. In the South, Monday is a public holiday. In the North, the traditional Monday public holiday was dropped and replaced with a four-day weekend with Thursday and Friday being public holidays.

This was a move by the British Government to mark the 70th Anniversary of the Coronation of the British Queen.

As a republican, the whole concept of an inherited monarchy is an anachronism. The concept that someone by accident of birth is born to reign and the rest of us are their “loyal subjects” is an alien concept.

As an Irish Republican, the British Royal family was used and abused as a method of subjugation and superiority by some unionists. Portraits of the Queen in workplaces and toasts at events were the norm. When I graduated from Queens University in Belfast, “God Save the Queen” was played. We sat down in protest. We were Irish citizens living in the north and would not be treated as "British subjects".

Those days are over. The portraits removed, the toasts ended, and “God Save the Queen” no longer played at graduations. While some groups and institutions still cling to the past, society has moved on. It is pluralist and diverse.

The public presentation of the British Monarchy has also changed with time.

In 1998, the Good Friday Agreement codified that people had the equal right to be Irish or British or both.  In 2011 the British Queen visited Dublin, laid a wreath at the garden of remembrance, and issued a greeting in Irish. At the time unionists opposed the rights of Irish speakers and denigrated the actions of 1916.

When Unionists were attacking the GAA, members of the British Royal Family were at Croke Park with hurls in hand.

I will never be a British subject. The concept of an inherited monarchy is foreign to me. But for others, it is an important symbol of identity and pride. We share this partitioned island. I hope we will share a united Ireland. A place that will be home to all. That means living in mutual respect with equal rights and shared interests.

For those who celebrate the British monarchy, I hope you had a great weekend. I respect your right to celebrate and hope you respect my right to differ.

For me on Saturday I was at the high altar of the GAA, Croke Park, to watch Antrim play and win the McDonagh Cup

Ciarán Quinn is the Sinn Féin Representative to North America.